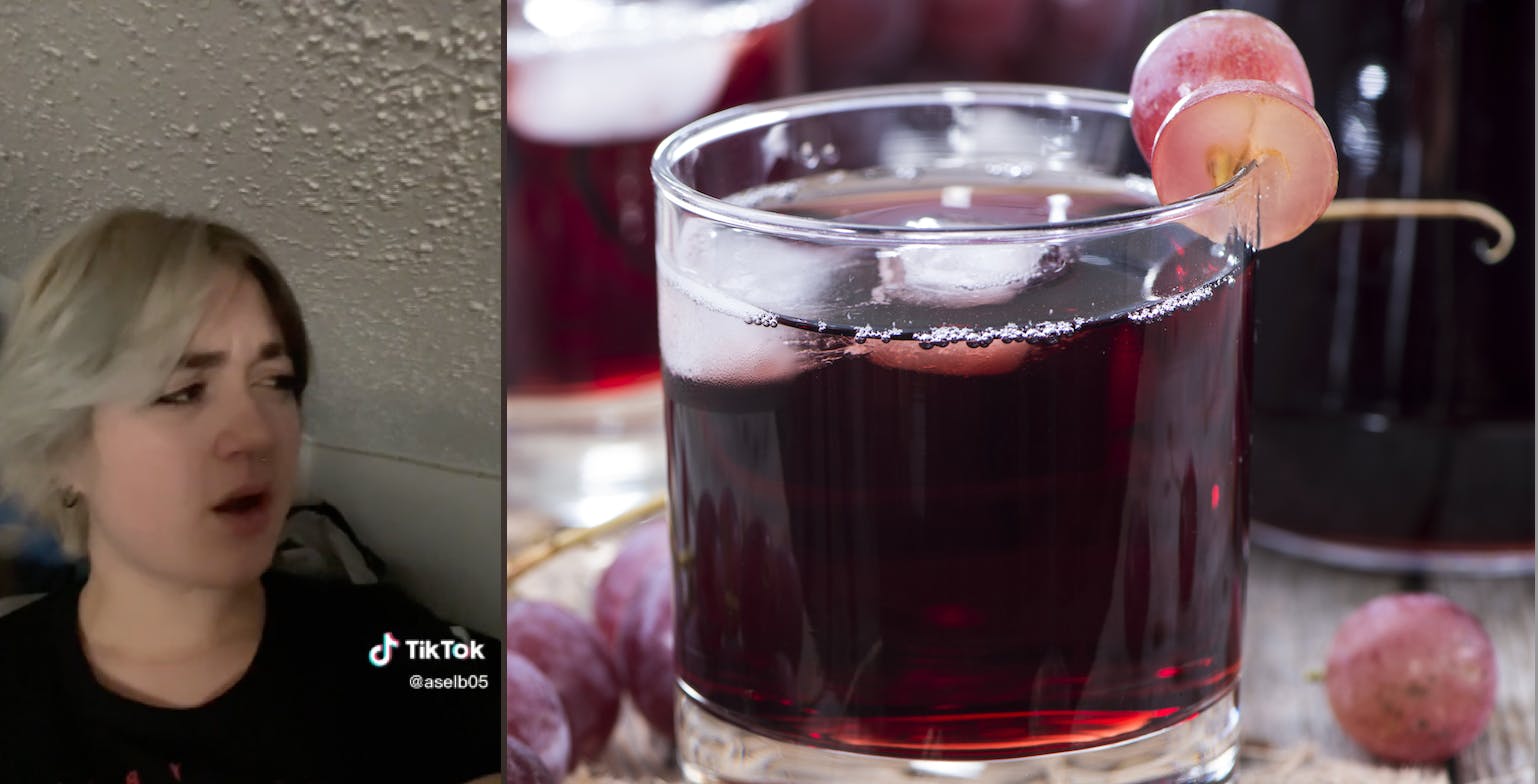 A waiter says that a customer left to buy grape juice after throwing a fit that the restaurant only served orange, cranberry, and apple juice.

In the video posted by TikToker Addie (@aselb05) on Nov. 24, they say that a “Karen” and her husband complained that their food was cold after the woman left the restaurant to buy grape juice, asking to speak to Addie’s manager even after they offered to have the kitchen remake her order.

They explain that the customer asked for “water with two lemons” after Addie had repeatedly told her that the restaurant didn’t serve grape juice. When they returned with the order, they noticed that the “wife isn’t there, just her husband.”

“Like 10 minutes later, she still hasn’t come back and hubs almost done eating,” the text overlay reads. “I see her come back in with a bottle of grape juice.”

Addie continues to say that the woman called them over to the table and complained that her food had gotten cold during her impromptu trip to the grocery store and explained that she “can’t have breakfast without grape juice.”

In response, Addie explained to the customer that they could have asked the kitchen to delay the order if she needed to step out of the restaurant, but also offered to remake the dish anyway.

However, the woman asked to speak with their manager instead.

The video reached over 1.3 million views as of Dec. 12, with commenters putting the woman on blast for her passionate attachment to grape juice.

“I didn’t know anyone regularly had grape juice above the age of like 8,” one commenter joked.

In a part two video, Addie says that their manager defended them, insisting that the lack of grape juice was “not the server’s fault.” The woman insisted that her meal was wrong and asked for it to be “comped.”

“Listen, lady, you’re not going to come in here and weasel your way into a free meal. You messed with the wrong grandma,” Addie says, quoting their manager. “Yeah, your server is my grandchild. So go ahead and tell me that they’re lying to me.”

Addie says the couple asked for the check and “didn’t make eye contact” with them when they dropped it off at the table.

However, they say that the husband came back in to apologize for his wife’s behavior and handed them a $20 bill.

In the comments, users gushed over the “satisfying” plot twist that Addie’s manager is their grandmother.

“I got so much satisfaction when I heard GRANDMA,” one user wrote.

The Daily Dot reached out to Addie via Instagram direct message.

The post ‘Girl’s the grape juice governor’: Customer leaves restaurant to go buy grape juice because restaurant didn’t have any appeared first on The Daily Dot.