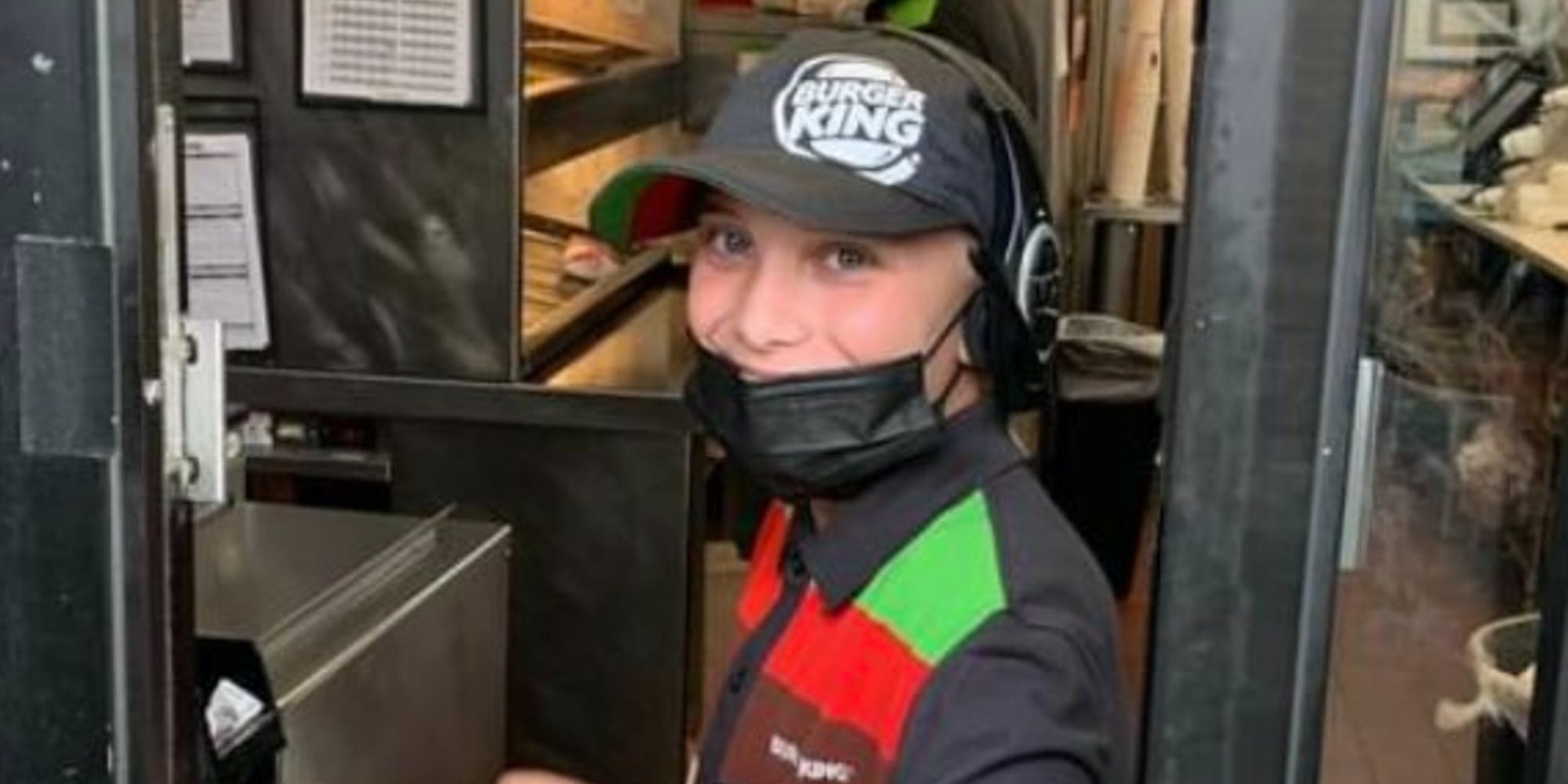 A Facebook post in which a father celebrates his 14-year-old son working “every day” at Burger King is stirring debate online over the role of children in the workforce.

The post, which went viral after being shared to Twitter on Wednesday, shows the father applauding the teenager for working “when most kids are out enjoying their summer.”

The father also praises the fact that his son allegedly “goes in early and stays late almost every time he works” while accusing many adults of failing to live up to the same work ethic.

“Making his own money, saving for a car, being responsible in his decisions, becoming a respectable young man!!!” the father wrote. “I couldn’t be more proud of him! Some of y’all lazy, grown as people out there should take notes!!!”

But some users on Twitter felt differently, arguing that the son’s work schedule was instead “depressing.”

Others suggested that 14 was much too young to be devoting all of one’s time to working.

“My child will not be partaking in child labor at 14, idc,” @ShelbyHouck said. “They need to be enjoying their summer. You have your entire life to work.”

Many even argued that the scenario was indicative of cruel child labor practices.

“Seriously advocating for child labor is insane to me,” @theworldisblu said.

Many who worked at young ages themselves pushed back as well, noting that they missed out on a significant portion of their childhood as a result. Others simply mocked the Facebook post.

“I started working at 15 & while it was nice to have my own money I would not let my child work at that age if they don’t have to bc they’re literally gonna be stuck working for the rest of their life!!” @JowdanGweer noted. “Let them enjoy being young.”

But not everyone was opposed to the teenager’s situation. Many argued that the child would be better off due to the experience.

“Depressing? Seems like he’s got his head screwed on properly to me,” @1ndrit wrote. “His parents raised a hustler.”

The debate comes amid a nationwide labor shortage as many are seemingly refusing to return to low-paying work following the coronavirus pandemic.

The Daily Dot has reached out to the dad.

The post ‘God this is depressing’: Man celebrates 14-year-old son working ‘every day’ at Burger King appeared first on The Daily Dot.

IRL newsletter: The road to anywhere
2 teens talked about ‘murdering somebody’ in video—now they’re accused of stabbing one of their parents to death
Advertisement