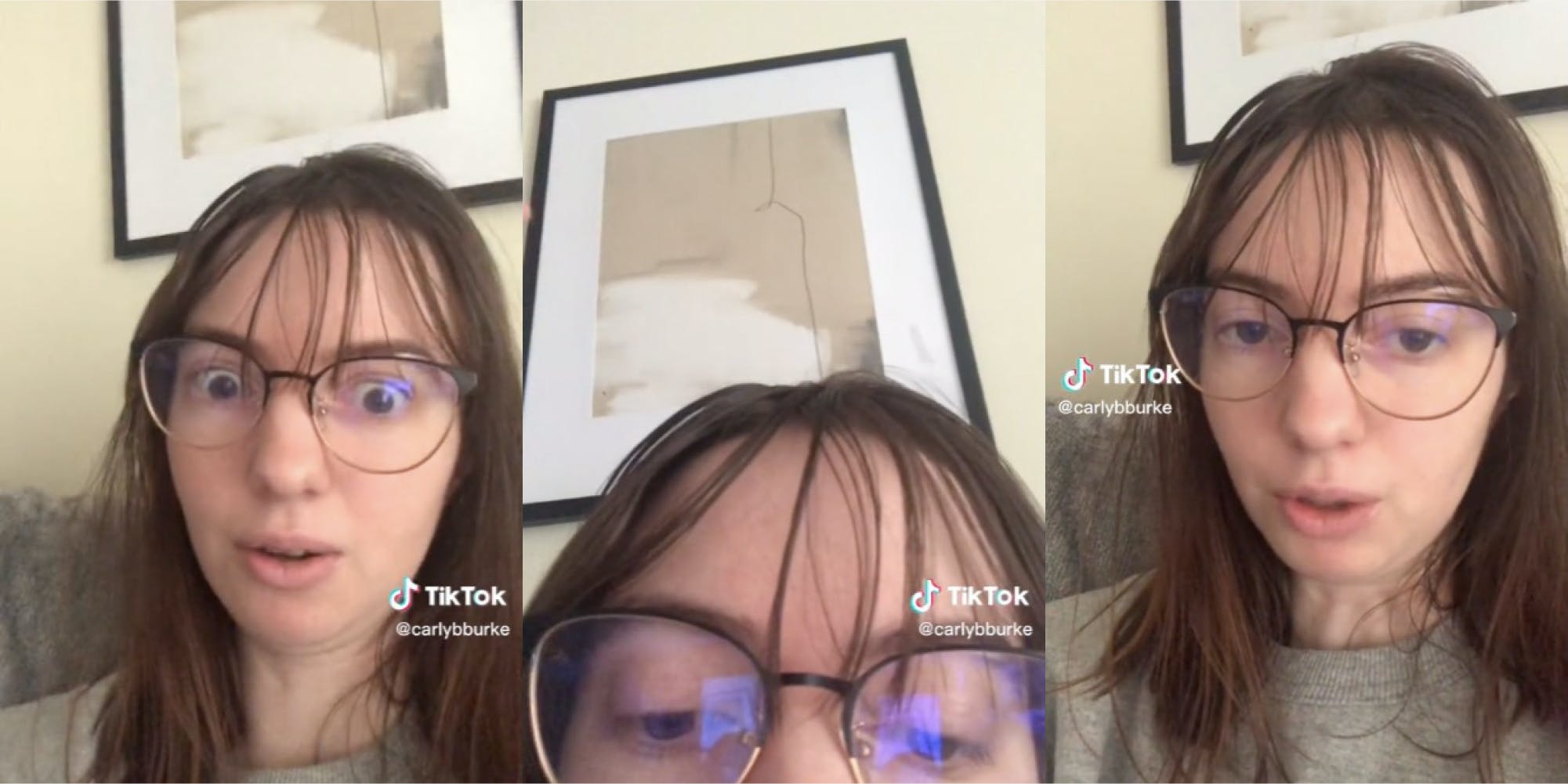 Weird, awful relationships are common in real life. People are bound to encounter them at some point. It’s a very relatable situation. But user Carly Burke went viral on TikTok for sharing her own story, a very bizarre tale about what may be the worst relationship ever.

That’s when she dives into her story about her relationship with “Bob” who kept calling her “Jessica” despite her name being Carly, which led her to believe she was being cheated on. To make matters worse, his family would occasionally call her Jessica, his grandparents having the audacity to ask to call her Jessica because it would be “easier.”

Because of this, she was convinced that Bob was cheating on her, even though he never admitted it. It drove her to check a locket he wore around his neck. Carly was in for a shock. She opened the locket, revealing a photo of a woman who looked exactly like her but wasn’t. The other woman was named Jessica and was dead, a detail confirmed to her by Bob’s brother.

According to Burke, Bob only started dating her in order to “cope” with the loss of Jessica. Finally, Burke had enough and decided to break up with him, inadvertently unveiling how unstable Bob was.

“He stabbed himself” and blamed her for it, claiming he didn’t want to lose her “again.” To wrap up the video, Burke jokingly clarified the reason why she dated Bob because “he was good at Eric Cartman (South Park) impressions.”

In an interview with the Daily Dot, Burke shared how long she was with Bob.

“We actually only dated for three months. A lot of people think we dated longer due to the fact I met his family,” she wrote via email. “I had verbally told him that I didn’t want to meet his family yet but he ‘surprised me’ on the second day of dating by meeting everyone.”

According to Burke, she did ask about Jessica, but it was a touchy subject.

“I asked him several times but he would get very angry and/or shut down. Asking about it was definitely ‘off limits.’ The last time I asked him who Jessica was had been before I found out everything. His only response was ‘Don’t say her name,’” she said.

Burke stated she broke up with Bob via FaceTime. While on FaceTime, he grabbed a knife out of a drawer and stared at her, holding it up. She made a sarcastic remark, asking, “‘What are you going to do? Stab me?’” and then he stabbed himself. When she asked if he needed to go to the hospital, he nonchalantly took out a needle with fishing wire from the same drawer and sewed his arm, wincing in pain.

A few weeks later, Burke received a message from his brother, saying that Bob was “no longer with us.”

His brother then told her over the phone that Bob was “not dead” but “joined the military.” Apparently, Bob made his brother feel guilty for “breaking them up” by “telling her about Jessica” and had him lie on Bob’s behalf, thinking “joining the military” would win Burke over.

Burke said she got a call from “the army base,” with Bob pretending to be in the military. Burke said the number was his grandmother’s landline. For a few months, Bob would call Burke, pretending that they never broke up.

She concluded the video by sharing how Jessica “died in a car crash, not wearing a seat belt and was ejected out the windshield.”

“The family being in on it is what gets me,” one viewer wrote.

“This is funny but also wildly heinous and dehumanizing to you and I am sorry omg,’ a second said.

“My jaw just kept dropping lower and lower throughout this entire story,“ a third wrote.

The post ‘He 100% had you in his phone as Jessica’: Woman shares bizarre tale about being gaslit into believing she was her boyfriend’s dead ex-girlfriend appeared first on The Daily Dot.

‘They got me’: Woman says scammer used her mom’s voice, contact info to convince her she was kidnapped
What the Sophia Rosing case reveals about racism and the viral economy of Black trauma
Advertisement