‘He asked me how much I make an hour… He couldn’t believe it’: FedEx driver puts Amazon on blast after Amazon driver asks him for $2 to buy an iced tea – Nogagames 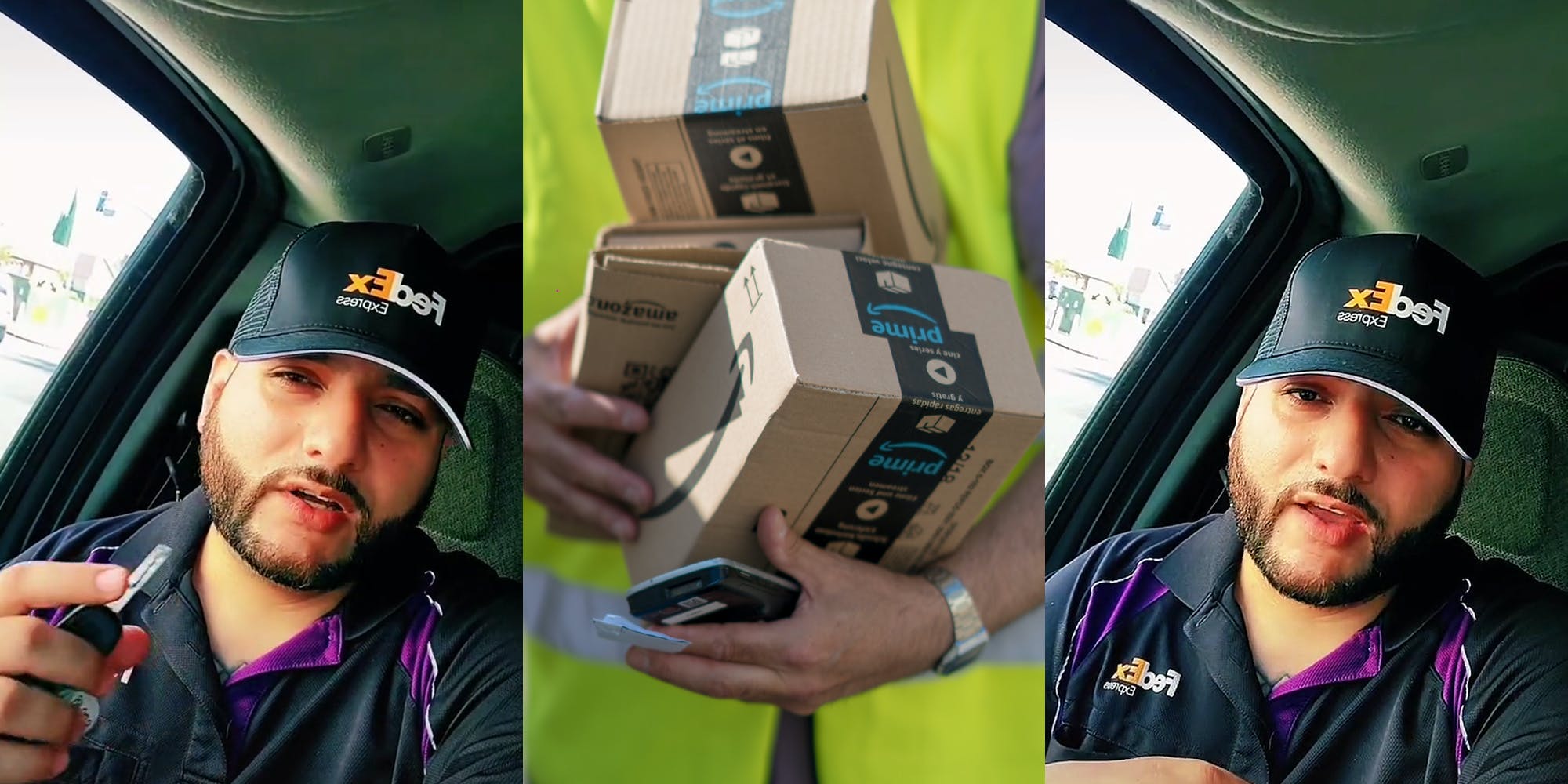 A FedEx worker is putting Amazon on blast after allegedly meeting a delivery driver for the company who couldn’t afford a drink during his route.

@elcompajairo69 says he was working his route in Los Angeles when he was approached by an Amazon driver who asked if he could borrow $2.

“He goes, ‘Hey man, I’m sorry to bug, but is there anyway you could spot me with two dollars? Because I’m thirsty. You know, get me like an iced tea or something,’” he recounts in a video shared earlier in month.

He says he wound up giving the other man $10 to buy something to stave off the oppressive summer heat, and they chatted about the difference between their jobs.

“He was just telling me that he drives far to go to work and all that, and it sucks ‘cause all his money goes to gas right now,” the TikToker says. “So then he asks me how much I make an hour. I told him what I make an hour, and he couldn’t believe it. And he was like, ‘Whoa, how long you been with FedEx?’ I told him about a year and a half, not even two years. He was like, ‘Man, I’ve been for Amazon way longer than you, and I don’t even get paid that.’”

The experience, he notes, left him frustrated.

“You’ve got all these CEOs and all these corporate guys making way more money, and then you’ve got everyone else out there hustling for you guys while you guys get to sleep in your mansions and not worrying about having to have $2 to be able to buy a water bottle when it’s super hot outside when you’re delivering,” he says.

While @elcompajairo69 doesn’t get into the details of their specific pay, Amazon has faced backlash about how it pays and treats workers for years now. Warehouse workers have gotten the most attention, but drivers for the company have complained about the intense workload, alleged misclassification as independent contractors, and recently held a walk out in Washington, D.C., demanding higher pay.

“They don’t take care of their people that’s why their employees don’t stay,” @bettigonz626 commented on the video.

“This is why I stop using @amazon they don’t treat the drivers right,” @sillymami818 agreed.

The Daily Dot reached out to @elcompajairo69 via TikTok comment and to Amazon via email.

The post ‘He asked me how much I make an hour… He couldn’t believe it’: FedEx driver puts Amazon on blast after Amazon driver asks him for $2 to buy an iced tea appeared first on The Daily Dot.

Khaby Lame is now the most-followed TikToker
Newsletter: Do you read books at the bar?
Advertisement