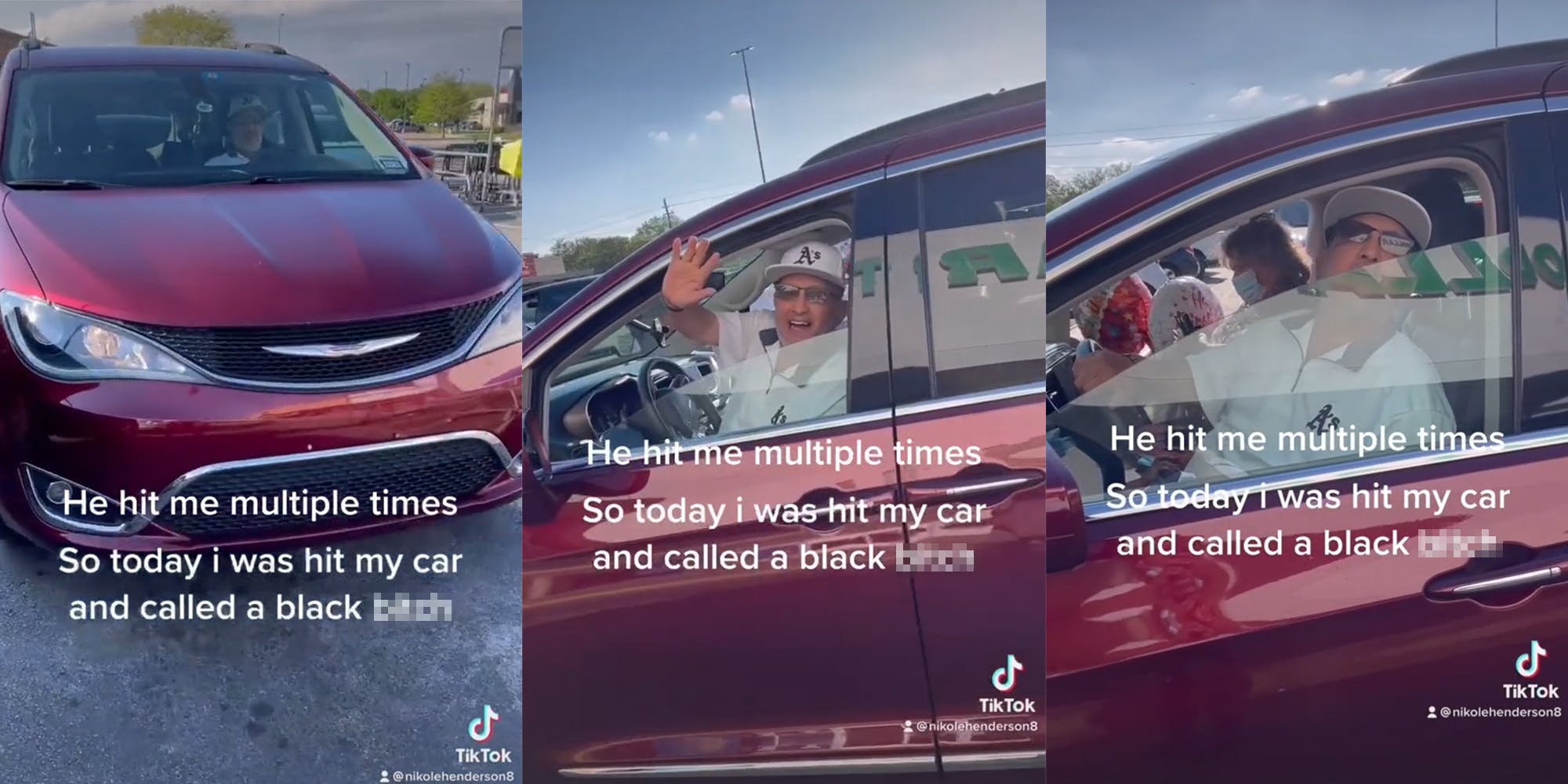 A TikTok video shows a Black woman alleging that a racist person called her a “Black bitch” and hit her several times with his minivan in a dollar store parking lot. Her video shows him threatening to hit her again.

Filmed by Nikole Henderson (@nikolehenderson8), the video has over 178,000 views since she posted it to TikTok on Sunday. The caption reads: “He hit me multiple times. So today I was hit … and called a Black bitch.”

The video shows the woman approaching a man in the minivan, who’s attempting to back out of his spot.

“Oh, now he wants to drive off,” she says. “After he called me a ‘Black fucking bitch.'”

As she approaches, the man has already put his car in drive and revs his engine before nearly hitting her. She tells him that he has his plate number and has called the police.

The man’s wife, who has come out of the dollar store with balloons, calls Henderson “a liar.”

In a response video to a person that believed she was “too aggressive,” the TikToker further explains the incident. She says the man thought she had hit his minivan with her car door. She apologized and said it was her store bag.

She says he told her, “‘Even if you did hit my car, your people don’t do shit.'” She asked what he meant, and he allegedly said, “You blacks.”

“Then he said, ‘Just keep going, you Black bitch,'” she says. She says he “repeatedly” hit her with his “car door.”

“So yeah, I had anger in my voice because I was just assaulted,” she continues. “That’s what you didn’t see because I didn’t get it on camera.”

In another video, she says that man switched sides with his wife in the van and flipped her off in the process. Henderson also says the police arrived on the scene, and several witnesses came to her defense.

The post ’He called me a ‘Black f*cking b*tch’: TikToker says racist man hit her with minivan appeared first on The Daily Dot.

‘Shadow and Bone’: All hail the Ben Barnes renaissance
‘Hear the pop?’: Cops laugh at footage in which they violently arrest 73-year-old woman with dementia
Advertisement