‘He finna wake up to a nightmare’: TikToker says she tricked partner into taking a road trip to meet woman he was cheating with, sparking debate – Nogagames 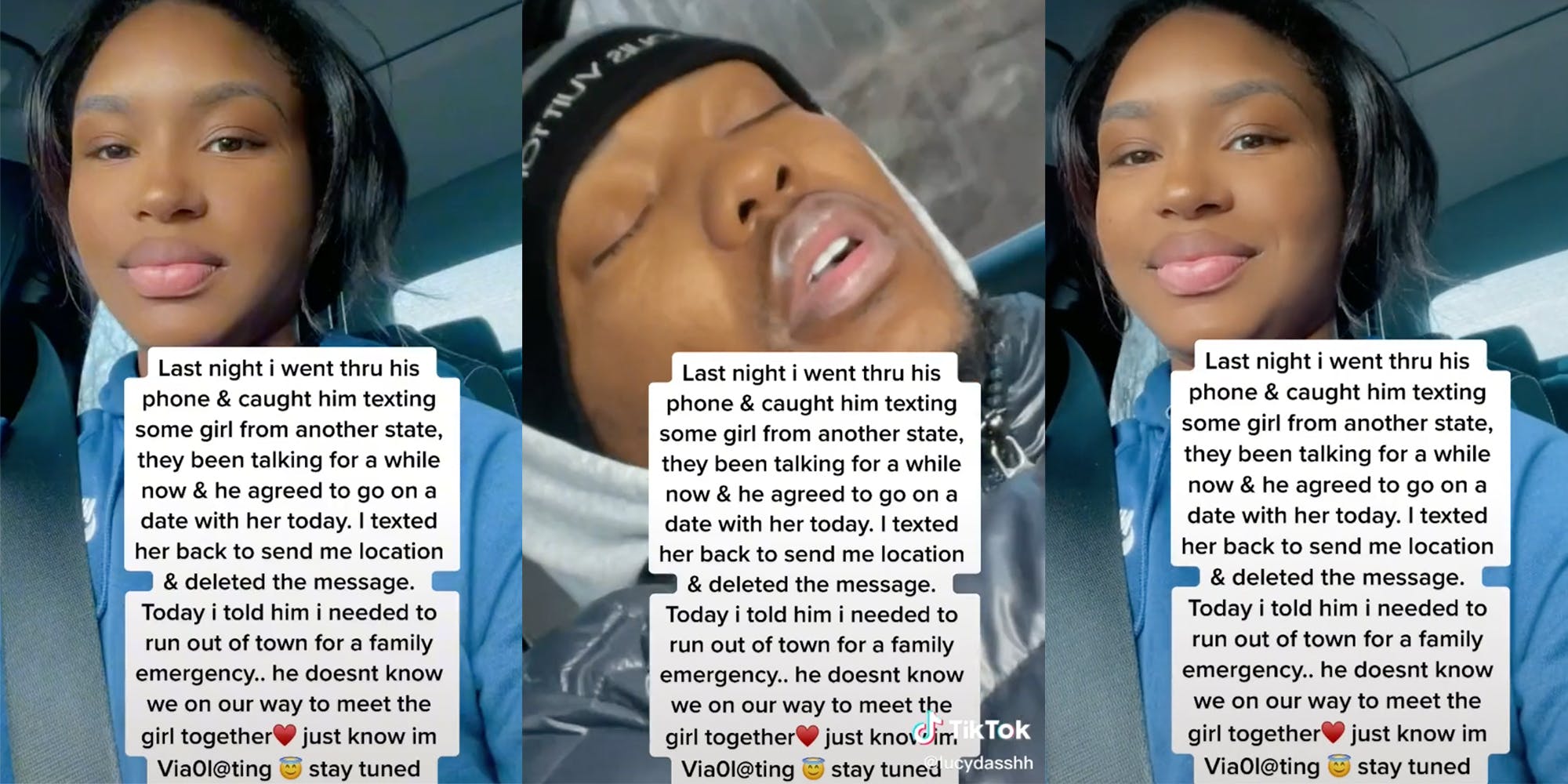 A woman says she tricked her partner into a road trip to meet another woman he had been texting, causing a debate online about confronting a cheating partner.

TikToker Lucy Dash (@lucydasshh) posted the clip of her and her partner, who was sleeping, in the car on Wednesday. Since then, it has received over 11 million views on TikTok.

In the text overlay, Dash writes that she went through her partner’s phone last night and “caught him texting some girl from another state, they been talking for a while now & he agreed to go on a date with her today.”

She continues: “I texted her back to send me the location & deleted the message. Today I told him I needed to run out of town for a family emergency.. he doesn’t know we on our way to meet the girl together.”

In the comments, some people wrote that they support Dash, calling her “phenomenal.”

“He finna wake up to a nightmare,” one person commented.

“I got whatever on your bail. Tear him up, sis!!” another user wrote.

Some thought Dash’s mission wasn’t worth it. “Girl that’s too much….let him go,” user @jenniferrrenee wrote.

“So basically you giving him a ride??” another user wrote.

“Okay! This is some sad shit!” one person said. “Pulling up on someone is dangerous. She’s wasting time and money on what she already know! This is excessive!”

In a TikTik posted a day later, Dash posted a TikTok of a confrontation between a group of people, presumably related to her partner and the other woman.

In the comments, Dash wrote that her phone “was snatched” from her while recording the clip. She also said she is fine and her friend went with her.

“Knock her out,” someone is heard saying in the clip.

Dash wrote in the comments that she would post a live video discussing the incident but said she was blocked and unable to record one on TikTok.

The Daily Dot reached out to Dash via TikTok comment.

The post ‘He finna wake up to a nightmare’: TikToker says she tricked partner into taking a road trip to meet woman he was cheating with, sparking debate appeared first on The Daily Dot.