‘He was healthy and alive before the flight’: TikTok shows heartbreaking moment after a woman’s Pomeranian allegedly died during a United Airlines flight – Nogagames 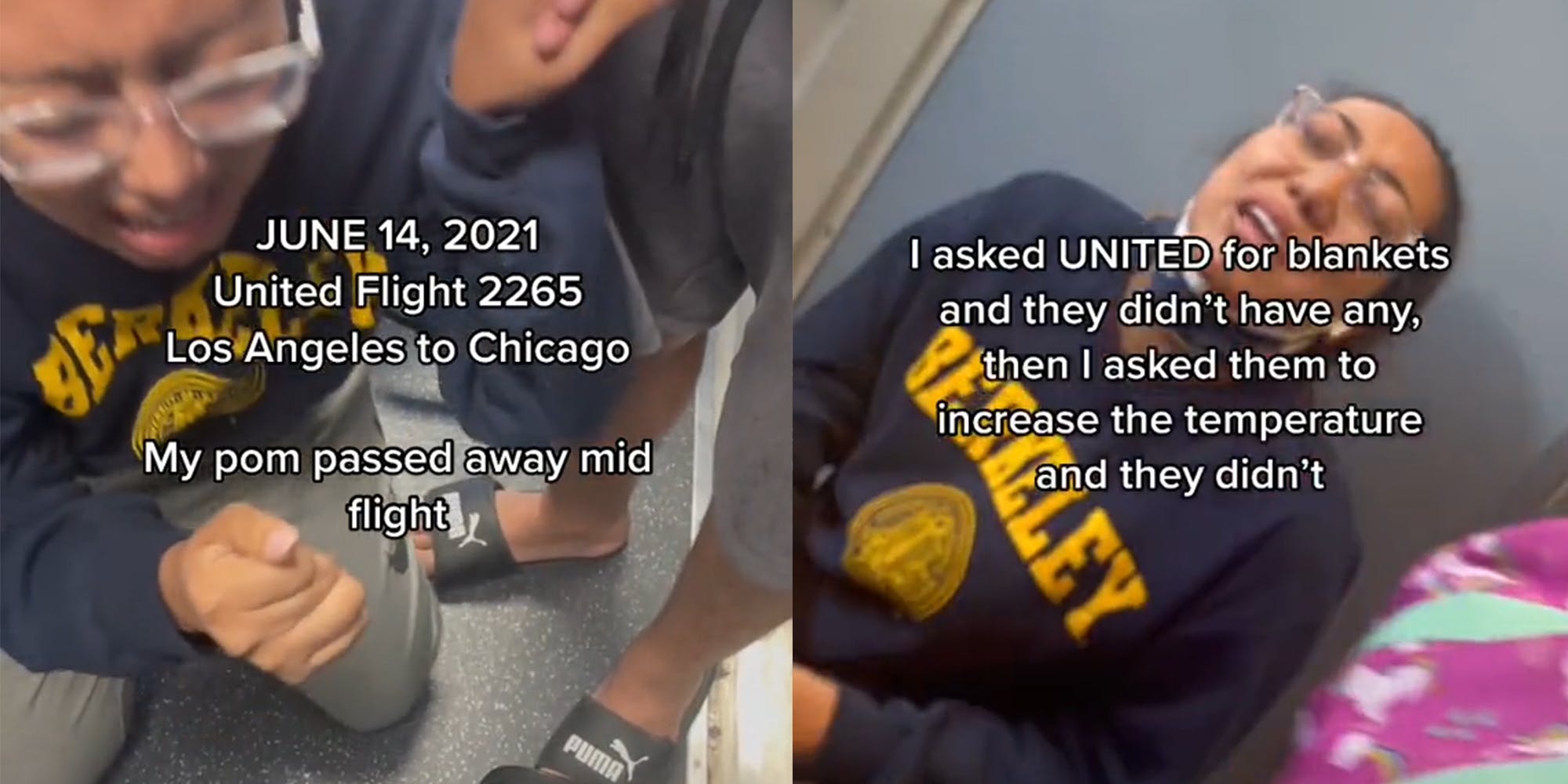 A viral TikTok video shows a woman distraught over her Pomeranian’s apparent death during a United Airlines flight. Many commenters empathize with her; however, others are blaming her for the dog’s death and questioning her implication that United could be at fault.

@pomsky.paws posted the video of her sobbing on the passenger walkway, with the caption: “He was healthy and alive before the flight. In-Cabin Death. It was so cold in the flight. Please help us get this around, I beg you.”

“It’s always United, you know that too,” says the man accompanying her in the video. “You see the headline: Dog died. United.”

The overlay reads the June 14 flight information, including the flight number (#2265), traveling from Los Angeles to Chicago. The video has racked up over 300,000 views. It isn’t yet known when, why, or how her dog perished.

In the comments, she claims that United “accounts for 75% of pet deaths.” In 2018, the Washington Post reported that United accounted for 75 percent of pet deaths on U.S. commercial air carriers the year prior. It’s unclear what the latest statistics are.

A large number of commenters are saying she is to blame for the death of her Pomeranian named Tiger.

The next video is captioned: “He was under our seat in the [plane] NOT under. They didn’t give us blankets or make it warmer. It was the coldest flight I’ve ever been on.”

In the overlay, she wrote, “I asked UNITED for blankets, and they didn’t have any, then I asked them to increase the temperature, and they didn’t.” This video has over 3.9 million views.

A large number of comments, again, put the onus on @pomsky.paws. One commenter said, “No way a 7-month-old POMSKY died because a plane was chilly. Something else happened.”

@pomsky.paws replied, walking back her blaming of the airline, “He was a 2lb Pomeranian, not pomsky. Idk why he died, it was just my automatic speculation. Could of been a heart attack.”

To that @ch3ls3a808 asked, “then [why] post this blaming an airline? If this is like [your] child [you] should be prepared like how parents can’t expect diapers or bottles. sorry for [your] loss.”

Another commented, “you should be bringing a blanket for your dog if you’re always worried about it. It’s not [United’s] fault; it’s YOURS.”

She refuted the accusations that it was her fault: “How was I supposed to know I was getting on the coldest flight ever. It’s never happened to me, and I fly with puppies so much.”

She posted another brief video of her pet at the vet’s office for an autopsy.

@pomsky.paws posted an explainer video, discussing the circumstances and stating that she wasn’t blaming United Airlines. However, she said it was a “weird coincidence” given their troubling history with pets on flights. She claims the flight was necessary for personal medical reasons, including having recently undergone “two blood transfusions” and “almost dying.”

She maintains she was “in a state of shock” and that she “will not blame anybody for it until the autopsy” results are released.

The Daily Dot has reached out to United Airlines and @pomsky.paws for comment.

The post ‘He was healthy and alive before the flight’: TikTok shows heartbreaking moment after a woman’s Pomeranian allegedly died during a United Airlines flight appeared first on The Daily Dot.

People aren’t happy with Rita Moreno for her defense of Lin-Manuel Miranda
We Are the Union’s Reade Walcott on Reddit memes, queer-centric ska, and trans activism
Advertisement