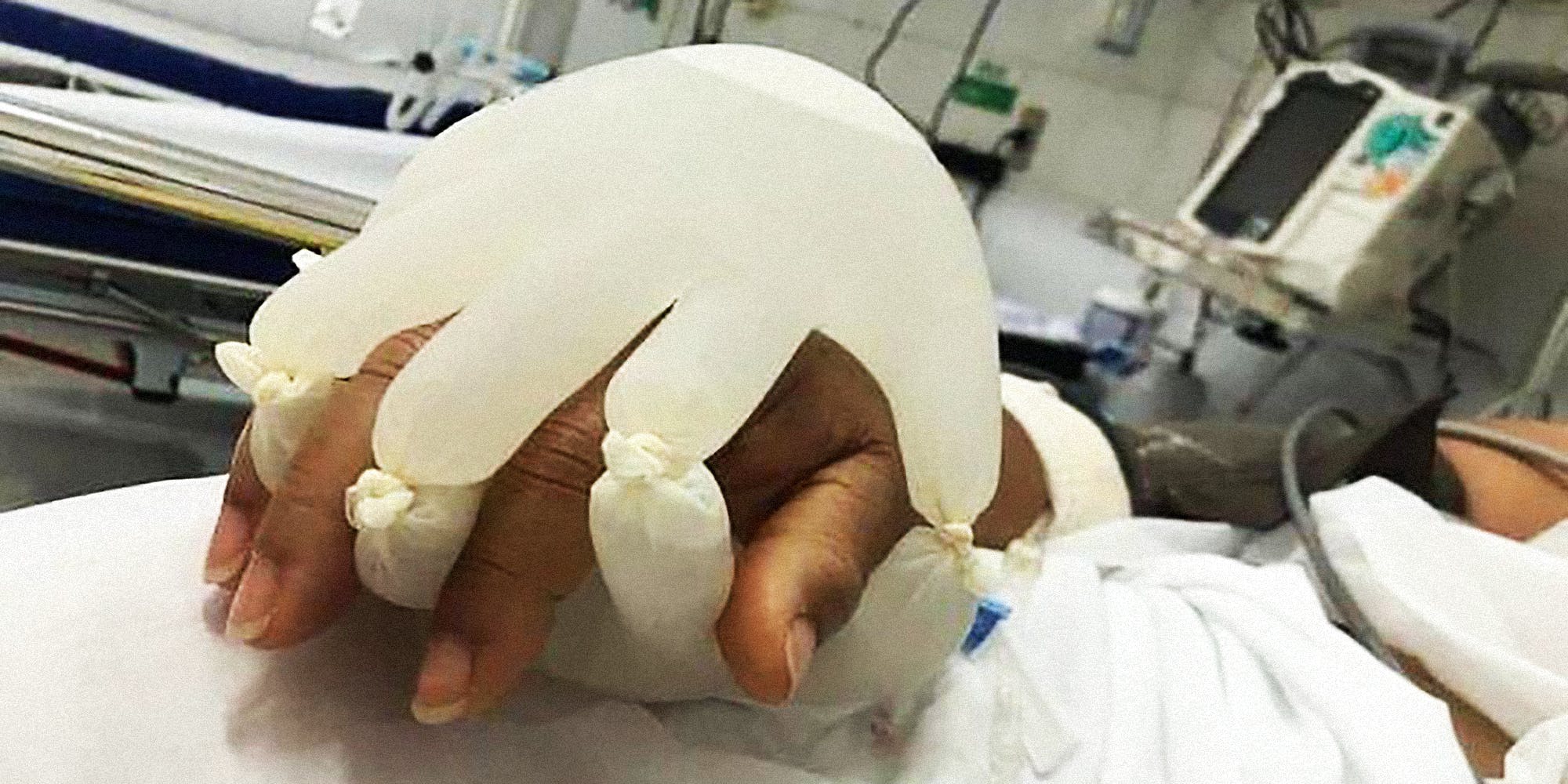 Users on Twitter were stunned to see an image from a Brazilian hospital that showed a patient with coronavirus holding latex gloves filled with hot water meant to mimic human touch. The contraption is called “the hand of God” and is meant to comfort patients.

Twitter user @nmannathukkaren, whose name is Nissim Mannathukkaren, shared the image showing two gloves enclosing the patient’s hand as she lies alone in the hospital bed.

“‘The hand of God’—nurses trying to comfort isolated patients in a Brazilian Covid isolation ward,” Mannathukkaren wrote. “Salute to the front liners and a stark reminder of the grim situation our world is in!”

The tweet, which was posted on Thursday, has 14,700 retweets and 61,500 likes. Many users were shocked that the coronavirus pandemic has led to such dystopian measures.

“Only a nurse would think of this. Heartbreaking and beautiful at the same time,” one user wrote.

Many users shared their own experiences with loved ones suffering from COVID during the pandemic, and others discussed the ingenuity of the healthcare workers during this tough time.

“This made me feel dreadful and uplifted in equal measures.  So terrible that the health service is overwhelmed and the simply act of holding a persons hand not possible but so amazing that instead of accepting this, some genius thinking to give that comfort in imaginative ways,” one user wrote.

Semei Araújo Cunha, the nurse technician responsible for the gloved hand, shared the photo on social media, according to news site G1 São Carlos and Araraquara.

“You have to be an empathetic human,” Cunha told news site G1 São Carlos and Araraquara in Portuguese. The Daily Dot translated via Google Translate.

The picture was originally taken on March 20 at the Vila Prado Emergency Care Unit in São Carlos, Brazil, the site reported. Using a hot water glove can also help warm hands and feet that lose blood flow when patients are intubated.

“We decided to do it as a form of affection, cuddling, humanization, as if someone was taking her hand, and also to soften the extremities that were very cold,” Cunha said, according to G1.

Due to a lack of sufficient hospital beds available in many parts of São Carlos, many patients infected with COVID have been intubated in stabilization beds at emergency care units before being admitted to the hospital, G1 reported.