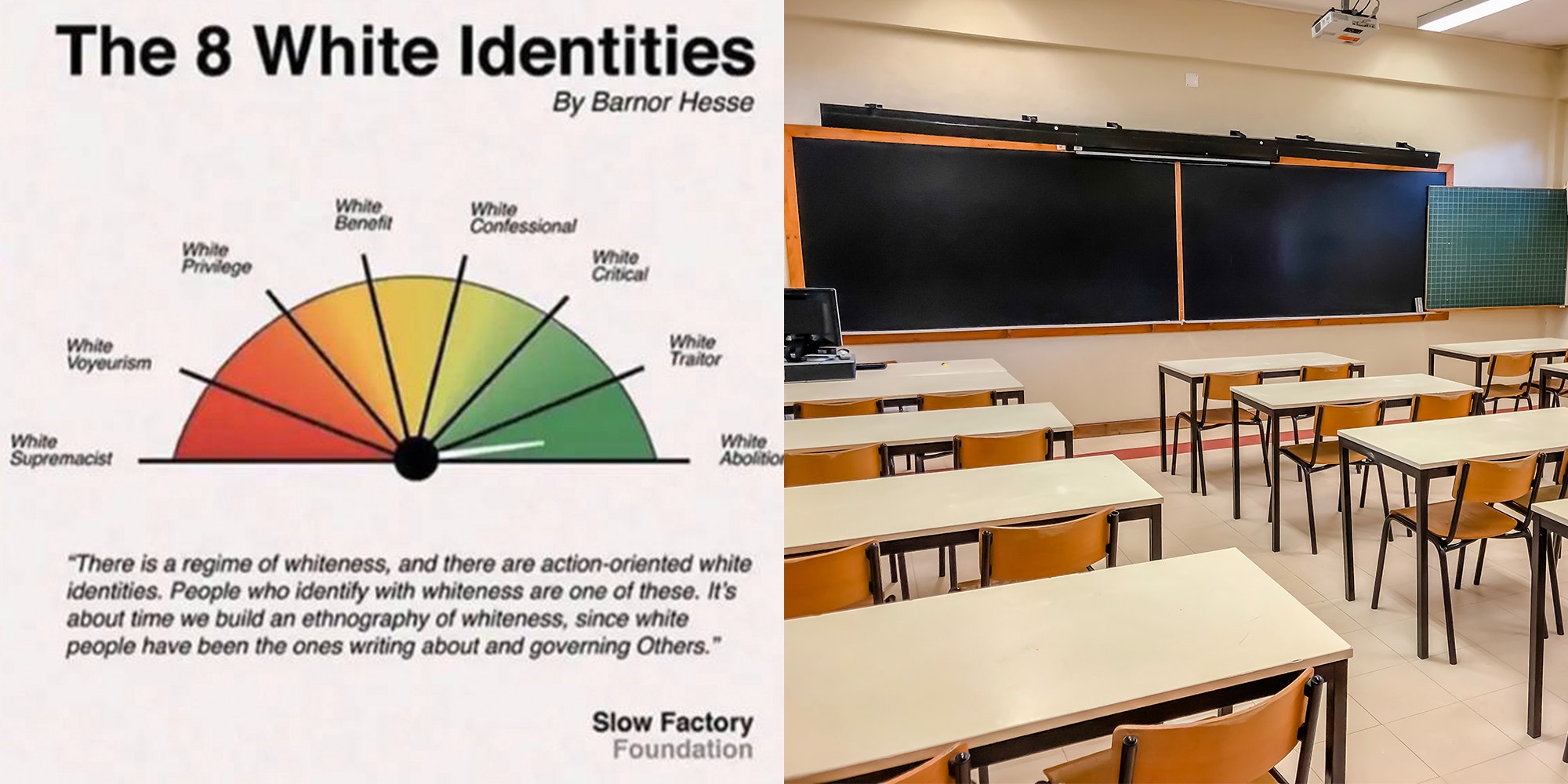 Educators at East Side Community School in Manhattan passed out materials that included “The 8 White Identities,” which was written by Barnor Hesse, an associate professor of African-American studies at Northwestern University. The scaled graphic ranges identities from “White Supremacist” to “White Abolitionist,” in a color-coded meter.

“There is a regime of whiteness, and there are action-oriented white identities,” writes Hesse in the brief, widely circulated curriculum. “People who identify with whiteness are one of these. It’s about time we build an ethnography of whiteness, since white people have been the ones writing about and governing Others.”

A New York Post report explains that some parents at the Lower East Side school, serving sixth through 12th-graders, initially shared the educational material with teaching staff. The school’s principal later distributed it to parents “as part of a series of materials meant for reflection.”

New York City Department of Education declared in a statement: “Anti-racism and the celebration of diversity is at the core of our work on behalf of the young people of New York City, and the East Side Community School’s students, parents and staff partner together to advance equity in their community.

“The document in question was shared with the school by parents as a part of ongoing anti-racist work in the school community and is one of many resources the schools utilizes.”

Naturally, people against any sort of recognition of structural/critical race theory distorted the initiative and considered the move to be anti-white people.

@primalpoly, for example, wrote: “‘Dismantling whiteness, and not allowing whiteness to reassert itself.’ Applied to any other group, this would sound like a monstrous euphemism for mass extermination & cultural annihilation.”

The post High school principal sends parents pamphlets asking them to reflect on their whiteness appeared first on The Daily Dot.