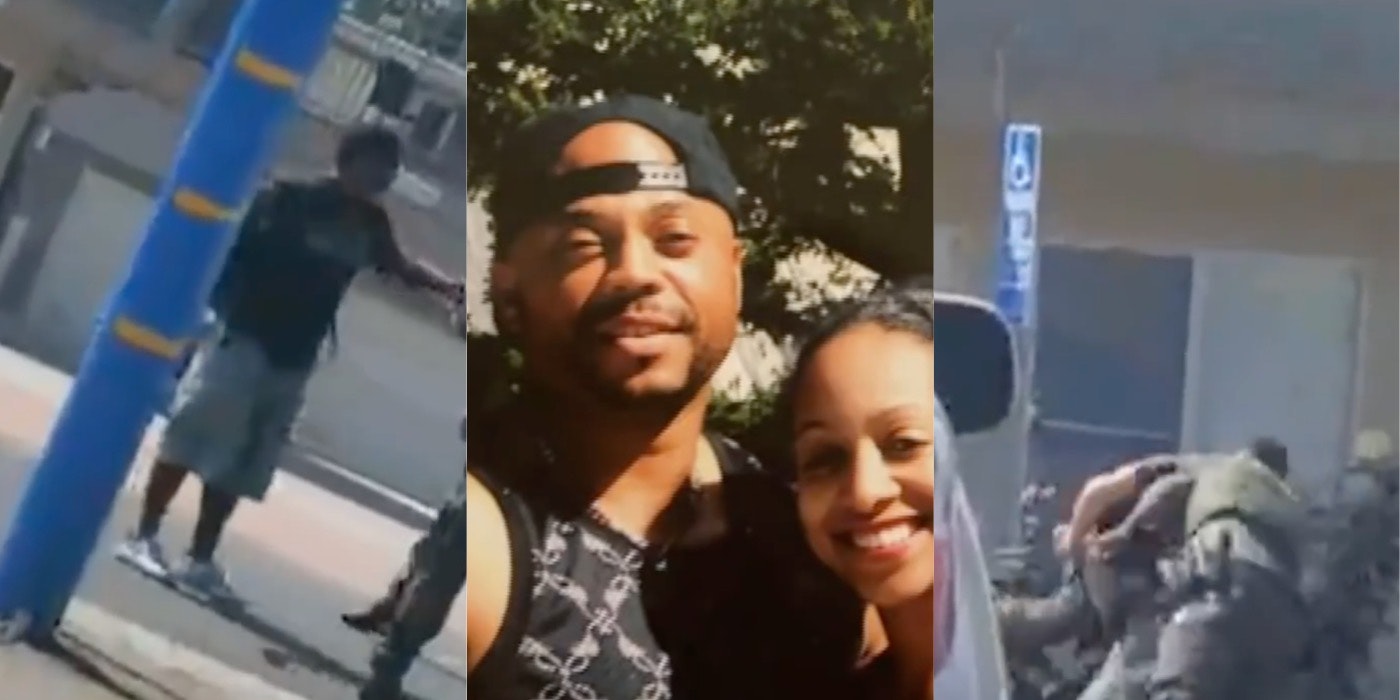 A newly released video shows a homeless Black man being fatally shot by San Clemente police after being stopped for jaywalking. The incident, which occurred in September of 2020, is further highlighting the crisis of hyper-racialized interactions between the police and Black people and the outcomes of military veterans.

Per a KTLA report, the two deputies involved in Reinhold’s death are veteran, full-time homeless liaison officers in San Clemente, where they assist “those living on the streets and helping them access resources and services.” However, this also keeps homeless people, in which veterans are vastly overrepresented, in the crosshairs of the police.

The incident occurred on Sep. 23, 2020, when the unnamed deputies witnessed Reinhold at the corner of El Camino Real and Avenida San Gabriel while they watched from across the street.

“Watch this: He’s going to jaywalk,” one says in footage captured by the dashcam.

The deputies then deliberate on whether Reinhold is jaywalking, with one saying to the other, “Don’t make case law.”

The deputies decide to pull up to Reinhold, who’s standing on the sidewalk. After that, both the deputies and Reinhold disappear from the camera’s view, but their conversation can still be heard. “Are you going to stop, or are we going to have to make you stop?” one of the deputies asks Reinhold.

Reinhold is heard asking, “For what?” They tell him he is jaywalking.

“What are you talking about? I’m walking,” Reinhold says, before shouting for the deputies to get off him, suggesting they are already in physical contact with him.

Per the report, Reinhold verbalizes that he doesn’t understand the reasoning for the stop and “repeatedly asks the deputies to stop touching him.”

According to KTLA, “one deputy tells him he’s resisting arrest for jaywalking.”

Cellphone footage captured the three arguing as Reinhold attempts to walk away. One deputy shoves Reinhold, who isn’t showing any indication of being a threat. Both deputies quickly tackle him to the ground. In a video statement, Sgt. Dennis Breckner claims the deputies were trying to “gain control of him.”

(Warning: The video is graphic)

The motel security video—which KTLA previously obtained—caught the physical struggle. One deputy is heard saying, “He’s got my gun,” per the sheriff’s department. Moments later, the other deputy opens fire. Two shots are heard, one about seven seconds following the first.

There is a still of Reinhold with his hand grasping one of the deputies’ holsters. However, there’s no evidence of the firearm being unholstered to be used against the deputies.

Per KTLA, Reinhold’s family, via a statement through their lawyers, said the new video “confirms what we knew all along—the involved deputies had no reason to stop Mr. Reinhold.”

“The OC Sheriffs Homeless Liaison Officers use pretext reasons to stop anyone for any reason they want, simply to harass the person,” wrote attorney John C. Taylor. “These officers created and escalated the confrontation with Kurt Reinhold causing his death.”

The post Homeless Black man killed by cop after being stopped for jaywalking, new video shows appeared first on The Daily Dot.