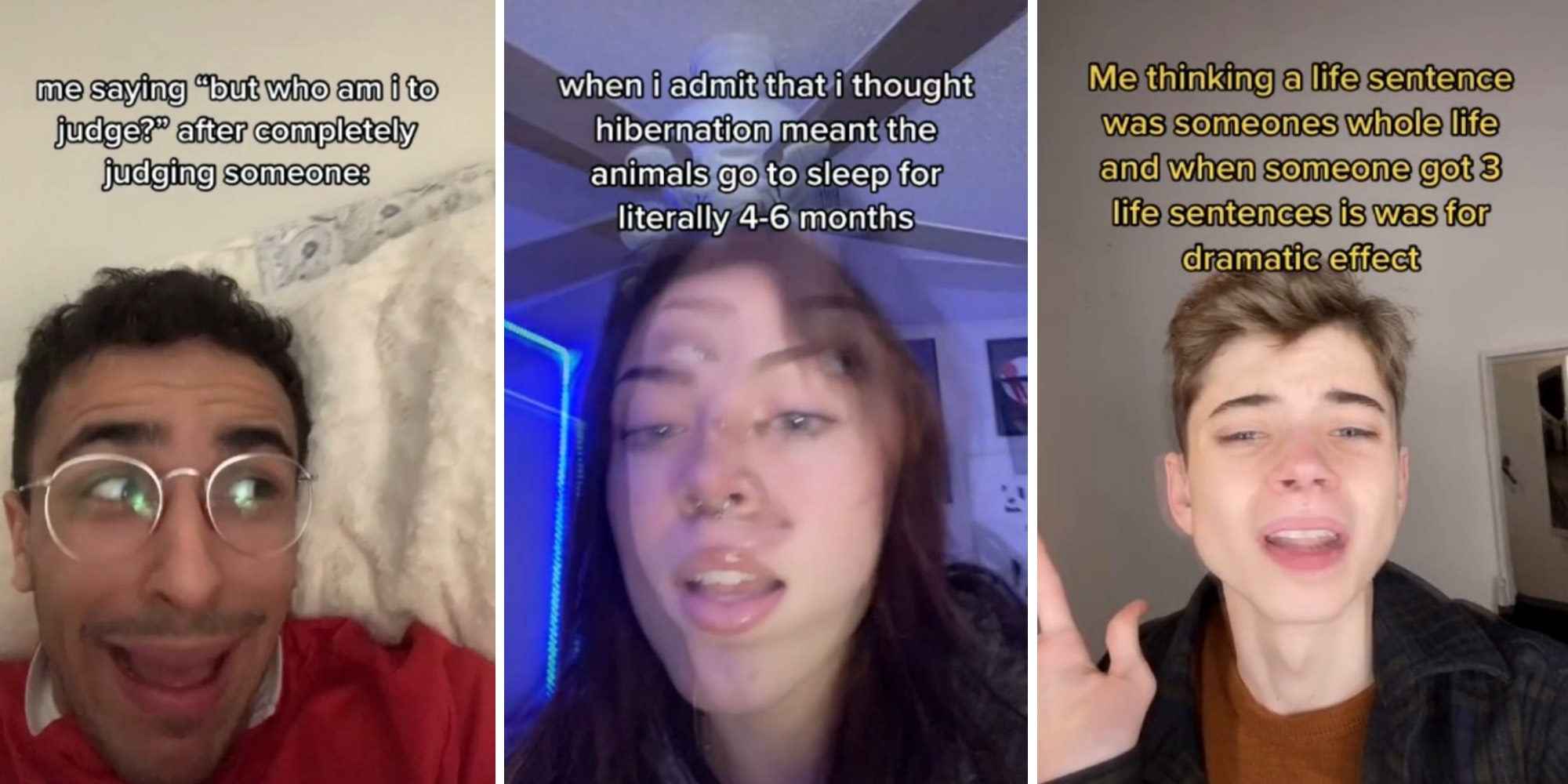 We get it, you’re not a perfect person. None of us are! Looking back, there are probably many things in life that you wish you didn’t do. But as humans, we continue learning, because that’s really all we have. If this sounds familiar, it’s because it’s basically the paraphrased opening lyrics of the 2003 Hoobastank single, “The Reason.” And also, a popular new TikTok meme calling ourselves out on our most embarrassing blunders and misunderstandings.

It’s unclear exactly where the trend originated, which began picking up steam in mid-January. But there are now over 50,000 videos on TikTok that use the Hoobastank tune as the soundtrack. Many of the videos recall cringe-worthy social situations, moments of hypocrisy, or self-owns—which we’ve all had plenty of time to ruminate over during the pandemic. Others reveal mortifying TIL (today I learned) moments.

But the commonality in all these videos is the message that rings true in the overture of Hoobastank’s magnum opus. “I’m not a perfect person!” They also generally involve sweeping effects as the subject of the video covers their face in embarrassment.

In another popular example, which has been liked nearly 250,000 times since being uploaded on Jan. 19, TikTok user @yoleendadong admits that she ate all her sister’s snacks.

But apparently you don’t even have to be a “person” to not be a perfect person. Some users are using the meme to gently roast their beloved pets.

And what better use of the Hoobastank meme to remind us all about the time Ryan Seacrest attempted to high-five a visually impaired American Idol contestant?

But perhaps the best use of the meme comes from none other than Hoobastank, which used the meme to realize “20 years later that you named your band Hoobastank.”

When even an esteemed band like Hoobastank has regrets, we think that’s a sign you should cut yourself some slack in 2021.

That One Sound: The dark origin of ‘Now I’m panicking’ on TikTok

The post Hoobastank’s ‘The Reason’ is a new TikTok meme for calling out your most embarrassing moments appeared first on The Daily Dot.