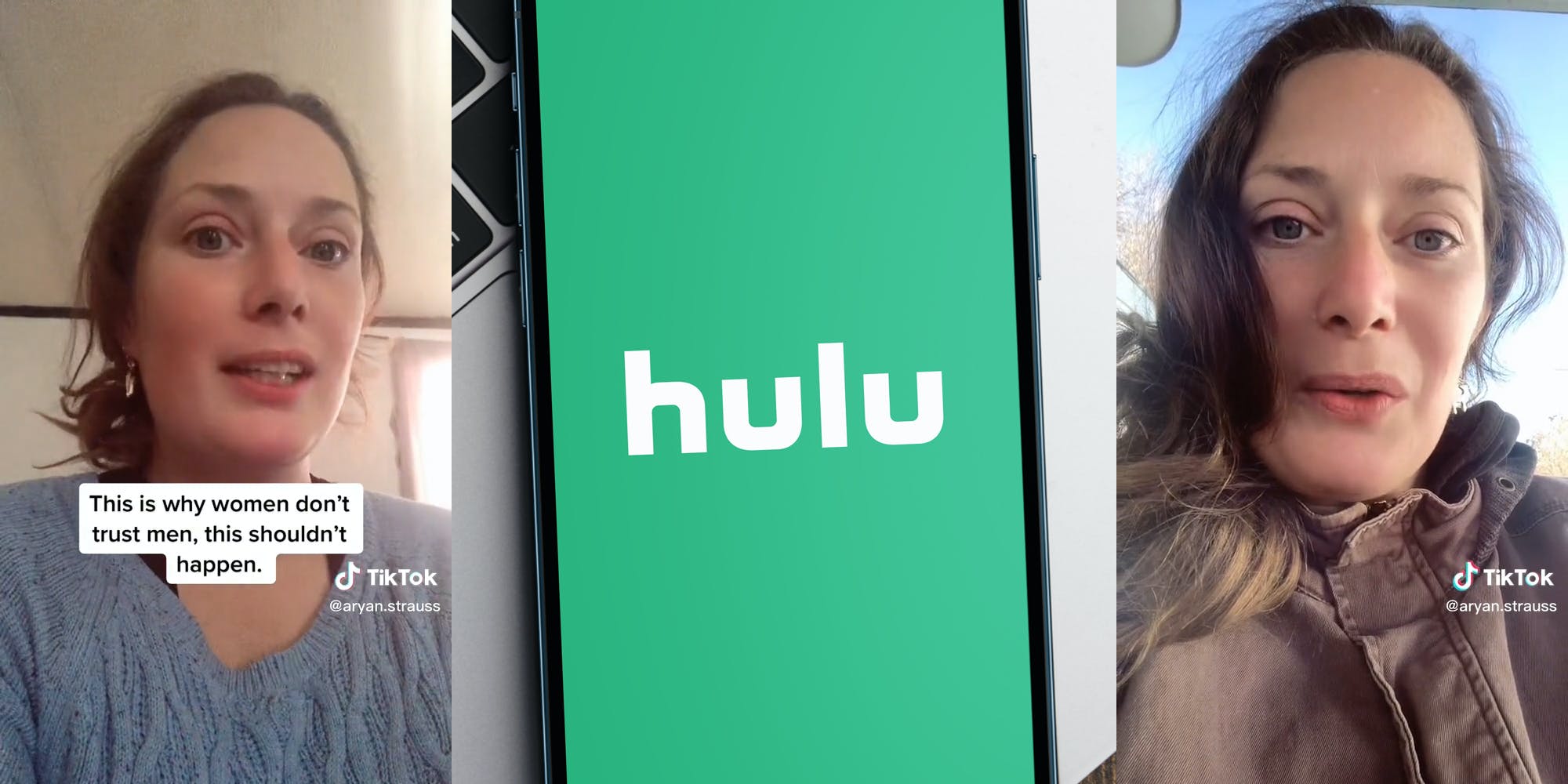 A woman on TikTok says a Hulu employee took her personal contact information to reach out to her after their customer service chat.

The TikToker (@aryan.strauss) posted an almost three-minute video detailing the customer service experience. In the video, she says Hulu “really needs to get their shit together” to handle the problematic employee and rectify the situation.

The TikToker explains that she canceled her Hulu subscription at the beginning of November but missed the date she was supposed to do it so as not to get charged for the month. After getting charged, she says she contacted customer service via Hulu’s website chat feature to ask them to refund her payment. The woman says she had been unemployed for almost a month at the time and as a single mom, couldn’t afford the subscription.

John, the customer service employee, was understanding and claimed to be a single dad who could relate to her struggles, the TikToker says. She thanked him for being “so real” and told him she planned to renew her subscription with Hulu when she could afford it. When their conversation ended, the TikToker says she didn’t think anything more of it — until John reportedly emailed her.

“The reason this is alarming is because he felt so emboldened, even though there was nothing in our conversation to take my personal information,” the TikToker says in the video.

She adds that John has access to her billing address, which gives him her home location, as well as her phone number and email.

“He has all my personal information, and he chose to use it,” the TikToker says. “So my thinking is, how many other women has he done this to, and how else is he using my information?”

The TikToker says she has spent hours on the phone trying to reach a supervisor to report John’s breach of privacy. Every time her calls would be escalated to a supervisor, she claims they got disconnected.

The two female employees that she spoke to before reaching a supervisor understood the concern and alarm about John’s behavior, the TikToker says. But she had to “spell out” the issue to the male supervisor she spoke with. She says she told him that the situation was “dangerous” and “scary,” and the issue finally clicked with the supervisor.

At first though, the supervisor had told the TikToker that Hulu would “coach” John and give him some feedback. That response wasn’t satisfying or appropriate to the TikToker, who said the feedback would reveal to John exactly who had reported him. And he allegedly had all her personal information.

The TikToker ends her video by saying she still can’t believe the situation happened. She captioned the video, “Just stay professional, consent in all forms matters.”

Several viewers commented on the video, tagging Hulu’s TikTok account to call out the company.

“@hulu What the hell?” another viewer commented.

Someone else wrote, “@hulu this is absolutely stalking behavior.”

“COACHING him? They’re gonna COACH him that stealing customer information and contacting them outside the work relationship isn’t ok?” one user said.

Another user wrote, “That is terrifying….how was he not immediately let go for that? Is that not a violation of their policy!?”

In her last update video, the creator says she has yet to receive a call or email from Hulu letting her know they’re handling it.

“The reason I would like Hulu to reach out to me is because we need to find a resolution to this privacy violation,” she says in the clip.

The Daily Dot reached out to the creator via TikTok comment and to Hulu via email.

The post ‘How many other women has he done this to?’ Woman says Hulu employee took her info and contacted her after customer service chat appeared first on The Daily Dot.

The infantilization of autistic people on TikTok needs to stop
‘Didn’t she ask for extra ketchup? Why is she mad’: McDonald’s ‘Ketchup Karen’ throws fit over amount of ketchup on her burger
Advertisement