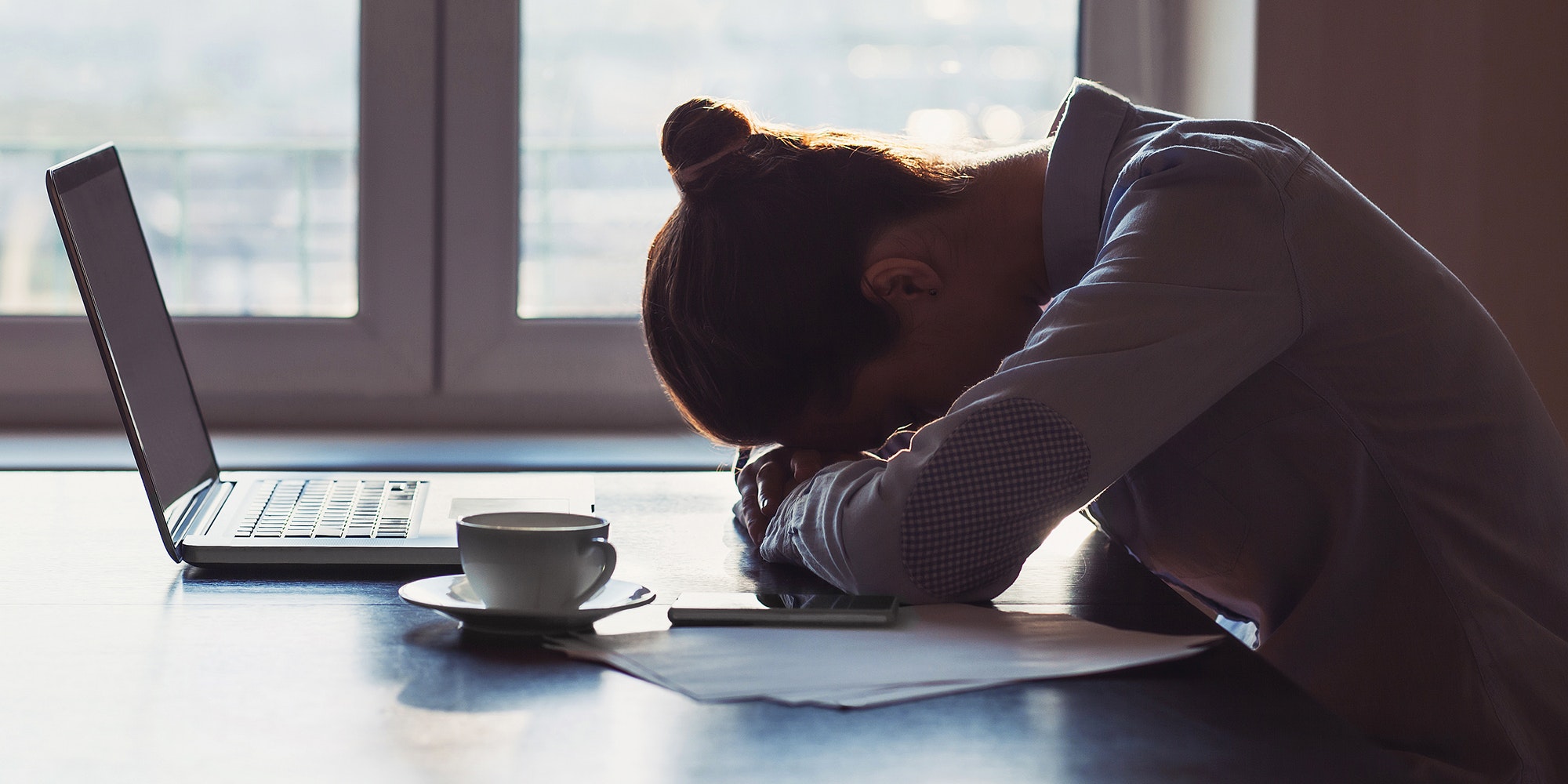 When the coronavirus pandemic forced me and other tech workers out of our offices and into our homes, the effects were mixed. Wendy, who launched multiple features for her startup through a week of power outages, said, “Somehow through remote work, my eyes have been opened to the fact that I’m an employee first and a human being second to my managers.”

I’ve observed a pattern of widespread early-career ennui during this pandemic, both in my circles and through interviews with other tech workers. Studies showed that workers across the board experienced declines in well-being and productivity due to factors like isolation and pandemic-induced fear, while others showed workers experiencing an increase in ‘gratitude’ for the reduced commute and increased family time. While any number of factors may impact an individual employee’s experience, their experience level played a key role in determining whether this year’s work environment felt like an improvement or deterioration to the norm.

But no one has faced a more difficult transitioning than new and entry-level employees, who join teams without the standard trappins of new hires.

Inter-team communications are undeniably different when new coworkers are no longer occupying the same space. “There were definitely moments when I was trying to understand a new system and it would have been 1000x easier to just turn to my manager and ask him a question,” says Christian, an engineer who started at Datadog right before the pandemic. “Instead, I wound up in Slack hell trying to find someone who would give me the right answer.”

The ability to build trust is critical for any collaboration, but can be harder to achieve remotely. New employees report feeling more apprehensive when messaging coworkers to ask for help due to the overall reduced social interaction and less time spent building up relationships. When a new engineer does decide to ask a question, the response time in asynchronous chats is more unpredictable than with in-person conversations. The result is that new engineers spend more time stuck on problems than they would have before teams were distributed.

“Usually [onboarding is] fun because you get to be in [headwuarters], meet new people, eat yummy food, etc. However, doing this from home just involved 6-8 hours of Zoom sessions and awkward social Zoom calls that were supposed to help you get to know your new coworkers,” said Lisa after her onboarding week at Stripe. “I was so relieved when it was over and I could just get to work.” Interns & intern managers at Facebook, Goldman-Sachs, and NCR reported similar changes—onboarding now includes a series of pre-recorded lectures or standardized documentation that new hires self-study. Mentors are available to answer questions but the experience is similar to that of a flipped classroom, where learners complete readings on their own time and come together to engage further with the material.

Pair-programming and other hands-on mentorship also declined when teams became remote. “Trying to get help via Slack or asking someone to do a Google hangout to pair with you is much more difficult than quickly asking your coworker who sits next to you for assistance or talking over an issue at lunch and agreeing to meet up afterward to pair,” adds Lisa. “I’m not exactly sure why, but it feels more bothersome and intrusive and has been a barrier that’s been difficult for me to break through”

Interestingly, though perhaps unsurprisingly, managers and senior engineers report an equal and opposite perspective regarding the same change. Aliyah, a team lead at a small fintech company said, “It’s much easier to ignore slack messages than someone standing over your shoulder. Context switching has reduced dramatically as I can now carve out blocks of time to focus on work without interruption.” But in the pandemic, the control has simply shifted from being in the hands of the question-asker to the question-answerer.

New projects are suffering as well. Spending time on a familiar project versus a new one is a very different situation when working from home. Engineers report increased productivity on longstanding projects, describing getting into “the zone” as easier at home. Engineering workdays are also longer and more intense, according to this analysis of GitHub contributions. Staying logged on or coming up with a solution at an unusual time is not uncommon when days are as unstructured as they have been for most of 2020. In the early days of the pandemic, many engineers reported working long hours to avoid facing the stressful reality around them. In short, experienced engineers were apparently more productive than ever.

Tthese changes may prove to be more efficient for mentors but less so for their mentees. Certainly the benefits of standardized documents and recorded lectures is not limited to remote working; the reduction in senior-engineer time and the consistency in the new hire experience is indeed valuable. But for new hires who are looking to feel inspired by their mentors or feel more closely connected to their team, these changes can be challenging. Socializing and staying engaged during a video call is simply more difficult for many people. Digital relationship building in addition to more ‘cold’ onboarding has led many new hires to struggle with motivation and focus when working far away from their team.

Many engineers report fear of being “out of sight, out of mind.” Visibility at work is an ever-evolving challenge in our new configurations. How can I show my manager that I’m working hard on my projects? How can I show the team the value of my recent contributions? These questions existed before the pandemic, especially for already-remote employees, but the pandemic added its own challenges. Employees at many tech companies were told that they were being evaluated more generously this year, but often without clear communication on how exactly their expectations were changed. Without being able to correctly calibrate their contributions, workers experienced heightened stress that they weren’t meeting expectations.

“In the beginning, I would continue work way later than I did in-person and justify it because I was nervous about how remote workers were being tracked,” said Mariana, a mobile engineer at a large entertainment company. “This led me to getting burnt out, which I didn’t anticipate since I’m still so early in my career.” Mariana clarified that she was not in any way explicitly monitored and was even told by her manager to prioritize her well-being, but experienced anxiety about how she was being perceived by her colleagues regardless.

“I think that managers, or anyone with structural power over other humans, need to recognize that productivity isn’t what’s most important right now,” says Meredith Whittaker of the AI Now Institute. Under her leadership, the AI Now team wrote a statement on why they decided to skip their traditional year-end report, sharing the value of slowing down and reflection during this uneasy year. “This is not about coaxing people to ‘feel good enough to be productive;’ it’s about solidarity, and a recognition of real, human priorities. This is a muscle we should all be exercising more regularly.” Whittaker’s advice is particularly poignant for managers of new employees, whose expectations are centered around learning and building new relationships.

Among the many challenges that remote working brings, the experience for new engineers comes with its own set of hurdles. Situations that might be better on the mentor/manager side may actually increase stress and decrease motivation and productivity for their more inexperienced colleagues. Companies and managers should lead by example and with candor so that their new engineers can better acclimate. New engineers should be forgiving with themselves; what you’re experiencing is even harder than you may realize.

The post How the pandemic is placing undue burdens on entry-level employees appeared first on The Daily Dot.

Gamers are obsessed with the ‘tall vampire lady’ in the new ‘Resident Evil’ game
Does wearing a mask help with cedar pollen allergies?
Advertisement