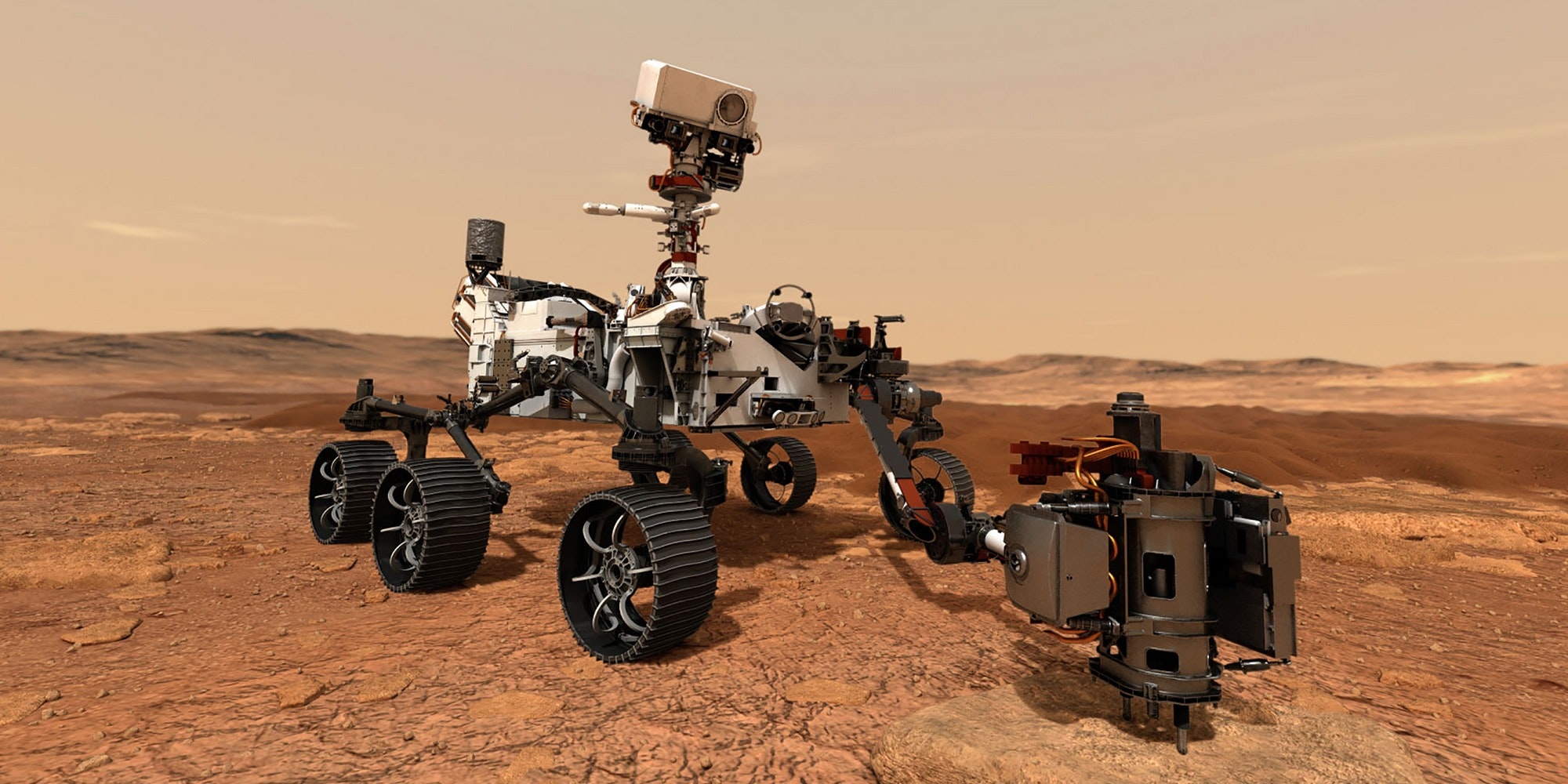 Launched in 2020, NASA‘s Perseverance rover is due to land on Mars on Thursday, Feb. 18. Here’s how to watch the whole event, featuring livestreamed footage and simulations of Perseverance’s new job on Mars.

Perseverance follows in the footsteps (or wheel tracks) of previous Mars rovers like Opportunity and Curiosity. Its mission is to seek signs of “ancient life” and collect rock samples for analysis, with potential hopes of returning those samples to Earth. It’s also armed with a helicopter named Ingenuity, a groundbreaking piece of technology: the first chance at powered flight on Mars. It will help the rover explore its landing site, the Jezero crater—a 30-mile basin that is thought to have contained water in the distant past.

After a seven-month journey from Earth, Perseverance will begin the most dangerous part of its mission on Thursday afternoon. Nicknamed the “seven minutes of terror,” the rover’s landing procedure will involve separating Perseverance from its spacecraft, before the rover enters the Martian atmosphere and heats up to around 2,370 degrees Fahrenheit during its descent. Several more pieces of will separate from Perseverance on the way down, leaving the core machinery of the rover to parachute onto the red planet.

The most stressful element of this landing is the fact that we won’t know what happened until afterward. Due to the distance between Earth and Mars, signals take about 11 minutes to reach NASA. That means Perseverance must make an automated descent based on NASA’s calculations and send a signal back once it’s arrived. As the Jet Propulsion Lab’s Jennifer Trosper put it, “No Mars landing is guaranteed.”

NASA is providing live updates on YouTube, the NASA app, and social media sites like Twitter and Facebook all day. But the most important time to tune in is shortly before 4 p.m. EST. The main NASA broadcast kicks in at 2:15 p.m., with commentary from NASA representatives, and the actual landing process begins at 3:55 p.m. EST.

Like all of NASA’s recent robotic landers, Perseverance has its own cute, first-person Twitter feed. That’s one of the easiest ways to keep up to date as it continues its mission exploring the Martian surface.

These NASA livestreams can often be a nail-biting experience, but they have a decent track record with successful Mars landings. If the landing works out, Perseverance will be an especially exciting mission to follow. It’s literally looking for alien life on Mars!

The post How to livestream NASA’s Perseverance rover landing on Mars appeared first on The Daily Dot.