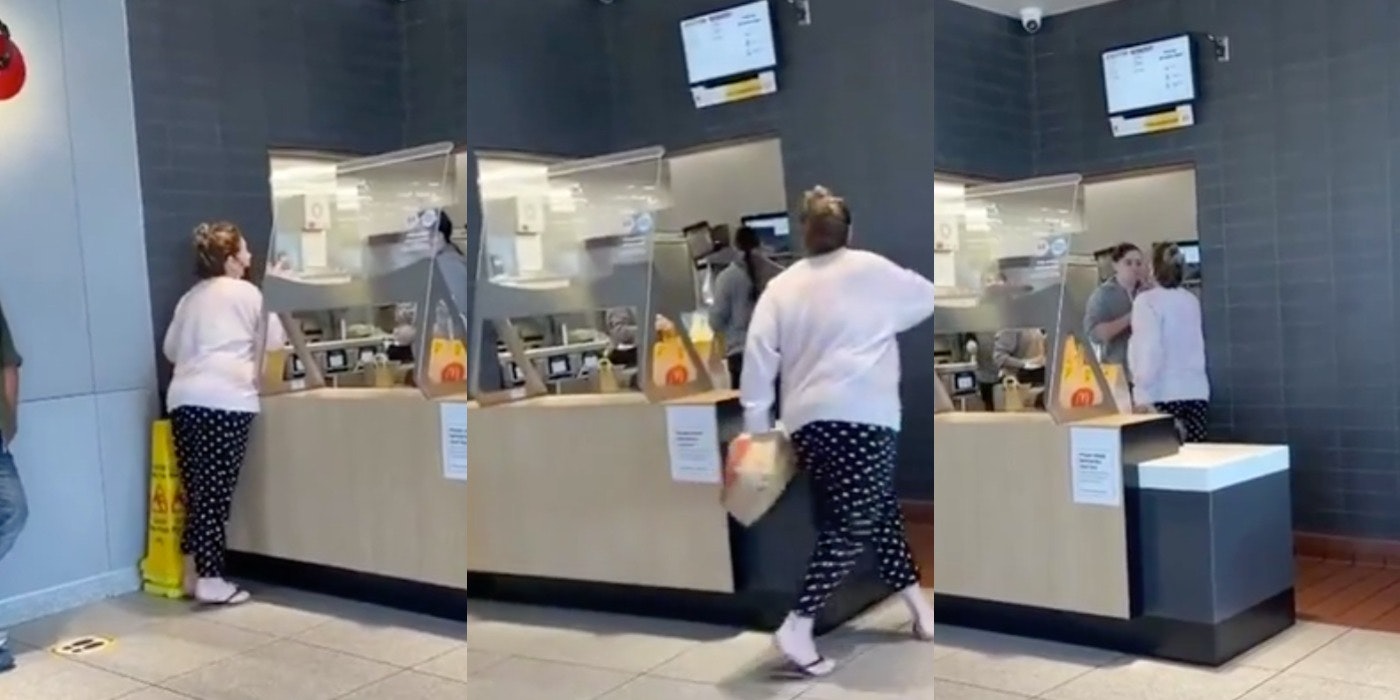 A viral TikTok video shows a hungry Karen going behind a counter and snatching a mask off a McDonald’s employee.

The video was posted by @daze_5683, with the caption: “Karen’s of Orange County, apparently this was over a breakfast burrito they forgot to put in 🤦🏻‍♀️ #fyp #mcdonalds.”

The footage starts with the altercation in an Orange County-area McDonald’s, over a missing burrito, already in progress. A belligerent and hungry Karen is demanding to know the name of one of the employees.

She repeatedly asks the McDonald’s employee her name, each time more amped than before. The employee, though, says: “It’s not what you called me,” suggesting the hungry Karen had called her by the wrong name.

Swiping her privilege card, the hungry Karen comes back behind the pickup counter, and gets into the face of the employee, continuing to demand her name. The employee tells her that she will call the police.

Then, taking it a step further, she snatches down the employee’s mask, and yells, “What is your fucking name?”

Another employee pulls on hungry Karen, and she backs up some, but still demands to know the employee’s name. Then she quickly scurries away, saying, “She’s going to jail.”

However, she likely hurried away because, in fact, she had committed an assault.