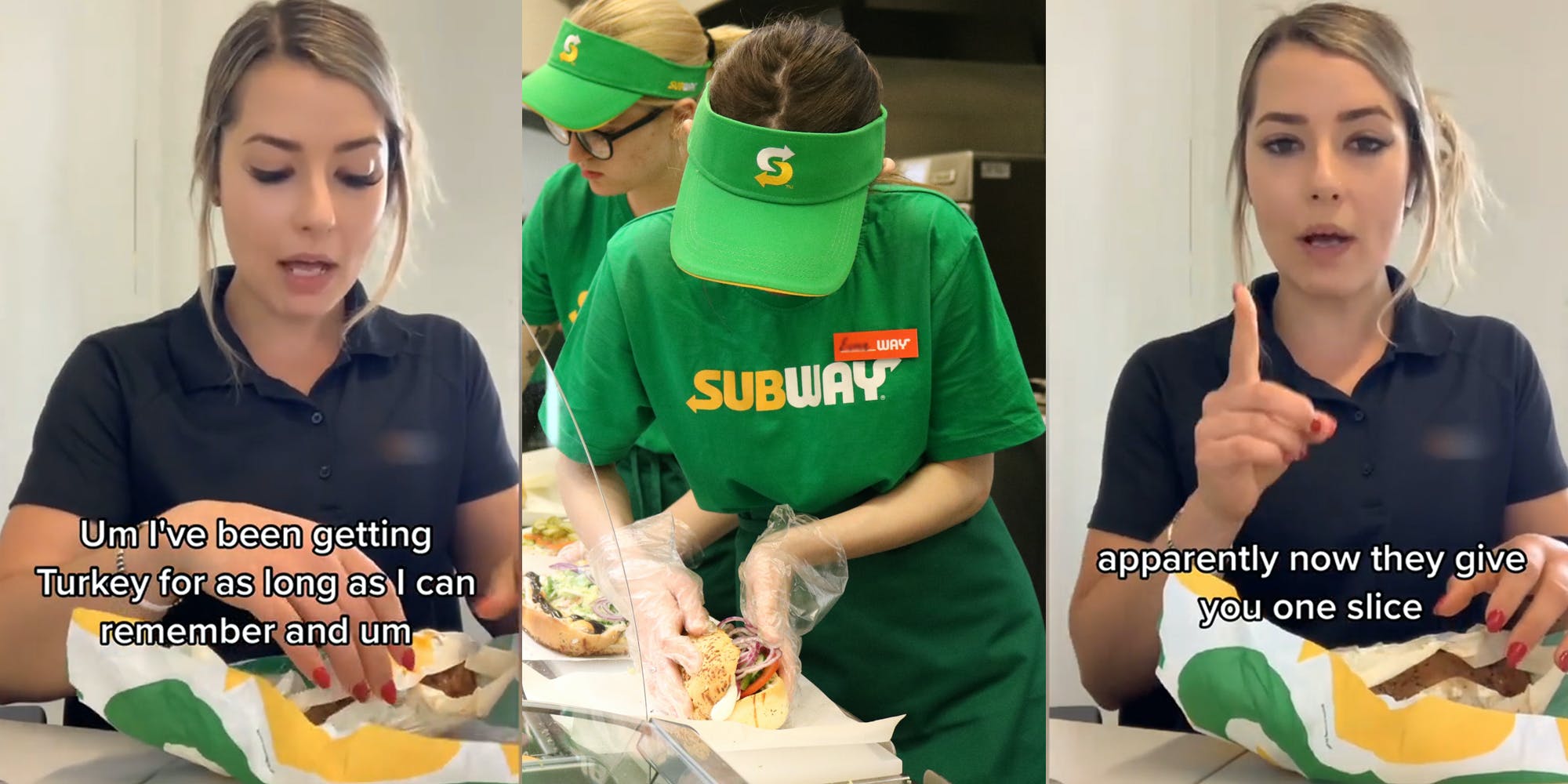 A user on TikTok has sparked discussion after claiming that a Subway restaurant served her just a single slice of turkey on her 6-inch sub.

“I’ve been getting turkey for as long as I can remember, and apparently now they give you one slice,” says TikTok user Leesh (@__leesh___) in a video with over 112,000 views. “That is highway robbery if you ask me.”

Leesh, who purchased her sub at a Subway location in Australia, concludes the video by asking whether Subway’s new policy is to provide only one slice of turkey on its six-inch sandwiches.

In the comments section, many users argued about the correct number of slices, though there was a general consensus that it was definitely more than one.

“I managed 3 subways in [Queensland] and it’s 3 slices,” claimed a user.

“[Former] manager you get 3 slices ham 4 slices,” alleged another. “Staff also get drilled about keeping cost down.”

“I am told to put 2 as someone who works at subway,” stated a third.

The proper policy regarding the number of meat slices is unclear. The U.S. Subway left a comment on a Facebook post in 2017 saying that a 6-inch sandwich was supposed to have 4 slices of turkey. However, it is uncertain whether this is still the case—or if this was ever the case in Australia.

Furthermore, the Subway Australia website contains an image promoting their turkey sandwiches, which appear to have at least two or three slices of turkey.

Regardless of how many slices are on the sandwich, many users took the video as an opportunity to voice their discontent with the sandwich chain.

“This is why I stopped eating at subway. Prices go up, substance of sub goes down,” shared a commenter.

“This is why I don’t buy subway anymore- pay heaps of $ for hardly anything,” echoed a second.

The post ‘I actually cannot tell this is a turkey sub’: Customer calls out Subway after receiving sandwich with just 1 slice of turkey  appeared first on The Daily Dot.