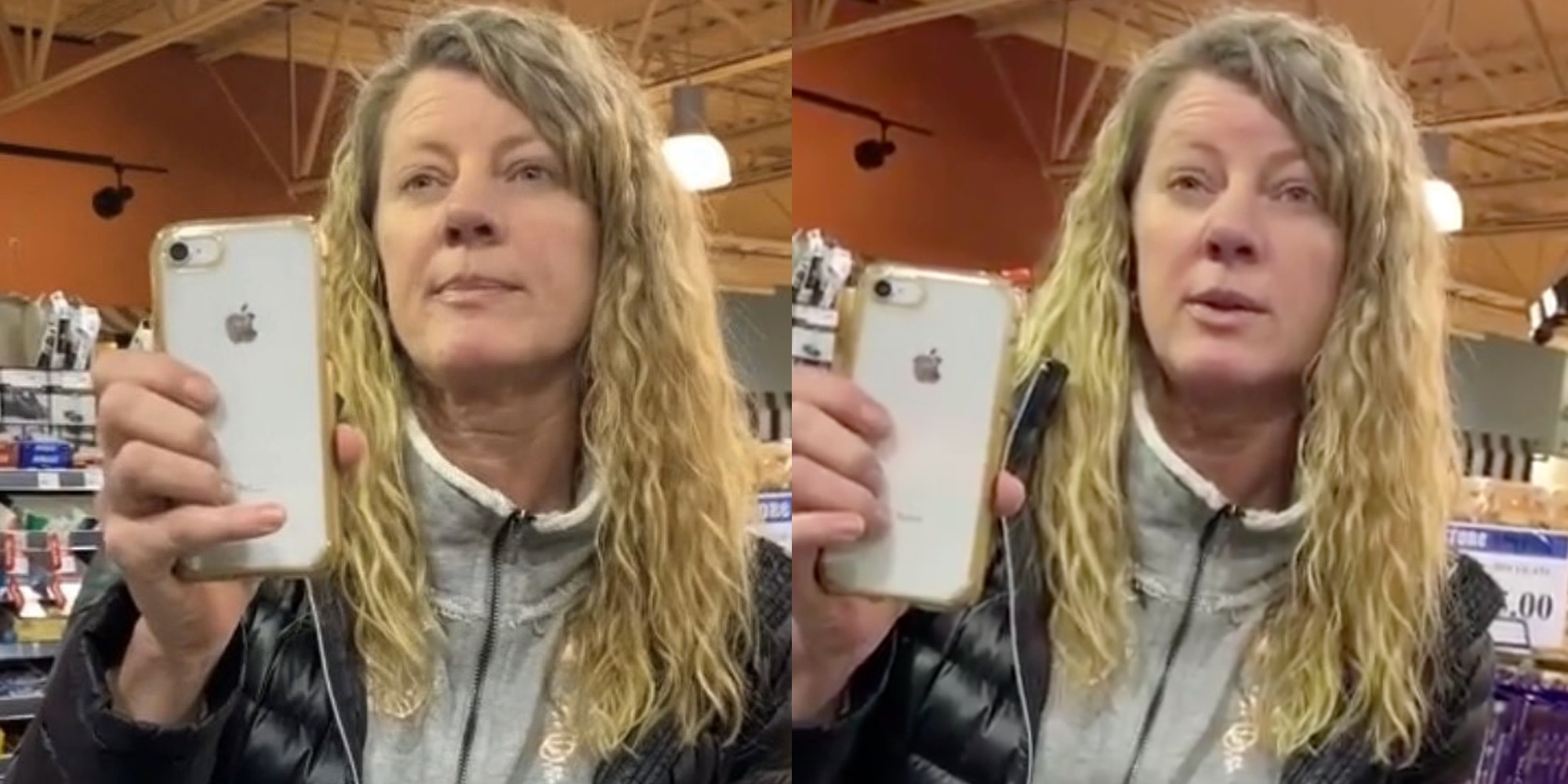 While the U.S. generally seems to be cornering the market on anti-maskers, other countries have their own fair share of disruptions. A shopper in Alberta, Canada, recently went viral for not only refusing to wear a mask in a grocery store but arguing over it with a 17-year-old cashier who was just trying to do her job.

The video, taken by the employee, shows the anti-masker trying to start her camera up to record at the checkout lane, although they have clearly already been going back and forth about the issue for a while.

The anti-masker immediately claims she has some sort of medical exemption, which the cashier doesn’t seem to buy for a second.

“I am told that nobody gets a medical exemption in our store. That is what I am told, and I am doing my job,” the teen says. “People like you make our job very difficult. I am a 17-year-old girl and I am asking you, a grown woman, to wear a mask. Put it on or leave.”

At no point does the anti-masker ask to speak to a manager or even an adult. Instead, she simply continues recording the teen and saying she will neither put on the mask nor leave.

The cashier eventually tells her that they’re calling the cops, even as the woman continues to insist she’s being discriminated against.

Like many videos of anti-masker confrontations, the TikTok highlights the uncomfortable position the pandemic has put employees in, having to choose between ignoring people breaking the rules and threatening the safety of everyone or risking a verbal, or even physical, confrontation with these people, who are often geared up for an argument of some sort when they arrive.

The footage also brought up all the usual frustrations with anti-maskers and their lack of consideration for everyone else.

“As someone who is disabled, I just don’t go into the store,” wrote @hipriestesskang. “That’s what curbside pickup is for. Stores are very accommodating in this regard.”

@Nepthai1982 added that “these people really need to understand that when they say they have a medical condition, it actually makes them look dumber not to wear a mask while IN THE MIDDLE OF A PANDEMIC.”

But as @JakesForLuck points out, at least it’s “nice to see the US doesn’t have a monopoly on entitled assholes.”

The post ‘I am doing my job’: 17-year-old cashier begs anti-mask ‘Karen’ to leave grocery store appeared first on The Daily Dot.