‘I am so sick’: Wendy’s manager allegedly sexually harasses TikToker in front of her daughter – Nogagames 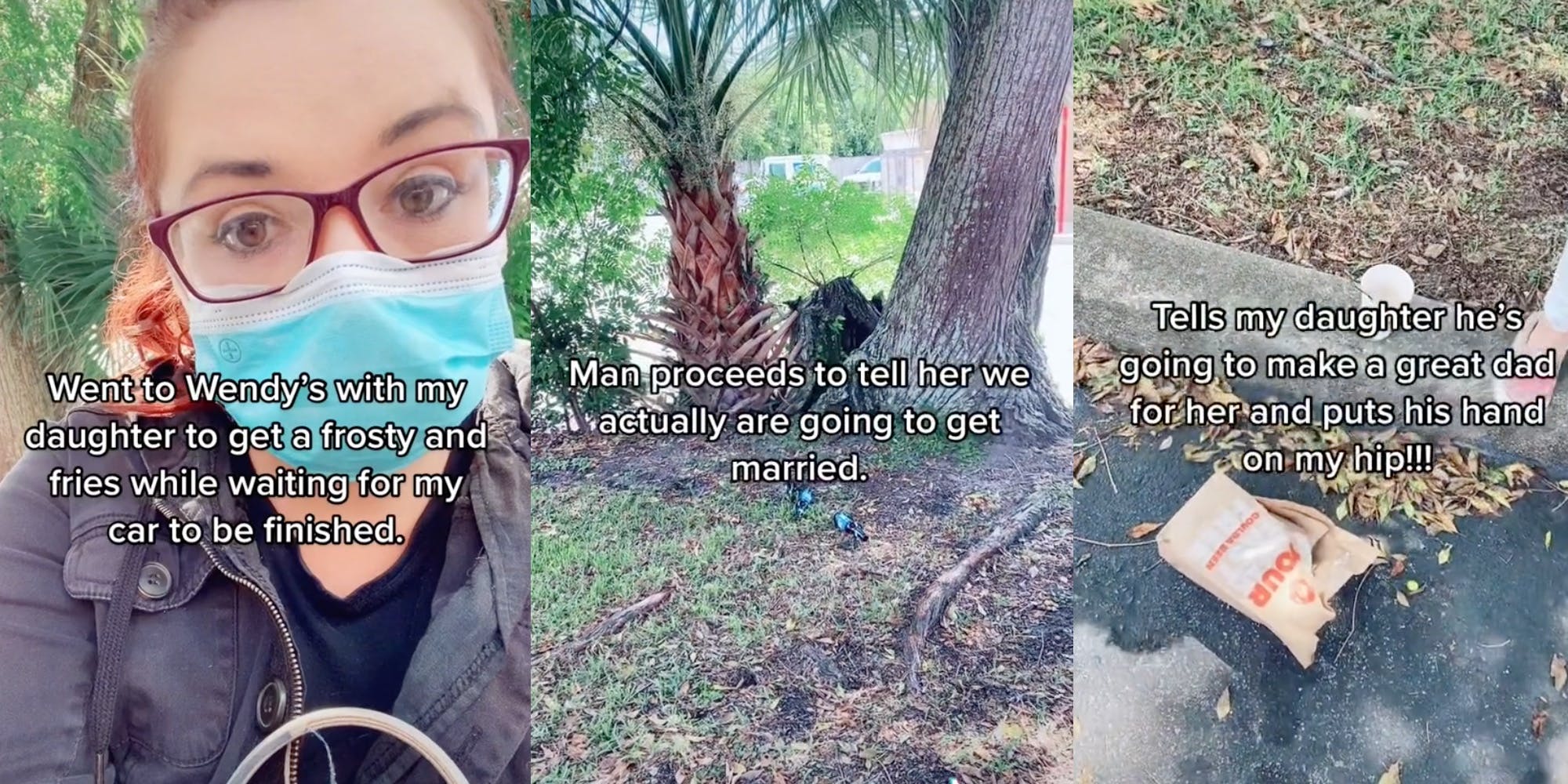 One TikToker is asking Wendy’s to intervene after she says a manager from one of the franchise locations sexually harassed her in front of her young daughter.

Amanda (@buyyourowndamnflowers) says she went to the fast food joint to grab something to eat while waiting for her car to be ready.

“Manager came over and asked if everything was okay. Real polite,” she wrote on the video, which just shows her and her daughter sitting on a curb eating their food. “I explain to daughter who he is since he’s a stranger.”

But that, apparently, is when things got inappropriate.

The TikToker says the manager told her daughter that the two of them were actually going to be married, adding that he would make a great dad and even touching Amanda inappropriately on her hip. So, they left.

“Instead of eating in the lobby like we were we are sitting next to beer bottles outside. I cant even eat I am so sick,” she wrote.

Amanda’s story went viral, with the video racking up 2.5 million views since it was first posted on Oct. 9.

While she says she was “too stunned” to say anything to the manager in the moment, she did follow up with corporate to file a complaint about the manager’s behavior towards her. She received one response back that says they are looking into things, and per another follow-up video, Amanda believes that they actually are.

In the meantime, she’s received an outpouring of support from strangers on the internet, with many people tagging Wendy’s to try to move things along.

“The experience that I had was very real. It was very humiliating. And it’s something that no one should experience,” Amanda said. “I also think, too, that this experience can raise awareness for the quite prevalent issues that go on in the restaurant industry regarding sexual harassment and sexual assault of both customers and employees.”

The Daily Dot has reached out to Amanda via TikTok comment and Wendy’s via email.

The post ‘I am so sick’: Wendy’s manager allegedly sexually harasses TikToker in front of her daughter appeared first on The Daily Dot.

‘I just went to try the shirt on’: TikToker says she was falsely accused of stealing after thrift store worker let her into staff area
‘The sh*t we go through’: White man calls Black man the N-word for beating him to the bathroom in viral TikTok
Advertisement