‘I don’t got time to listen to a customer do a musical in the drive thru’: Viral TikTok has people lamenting harassment of Starbucks workers – Nogagames 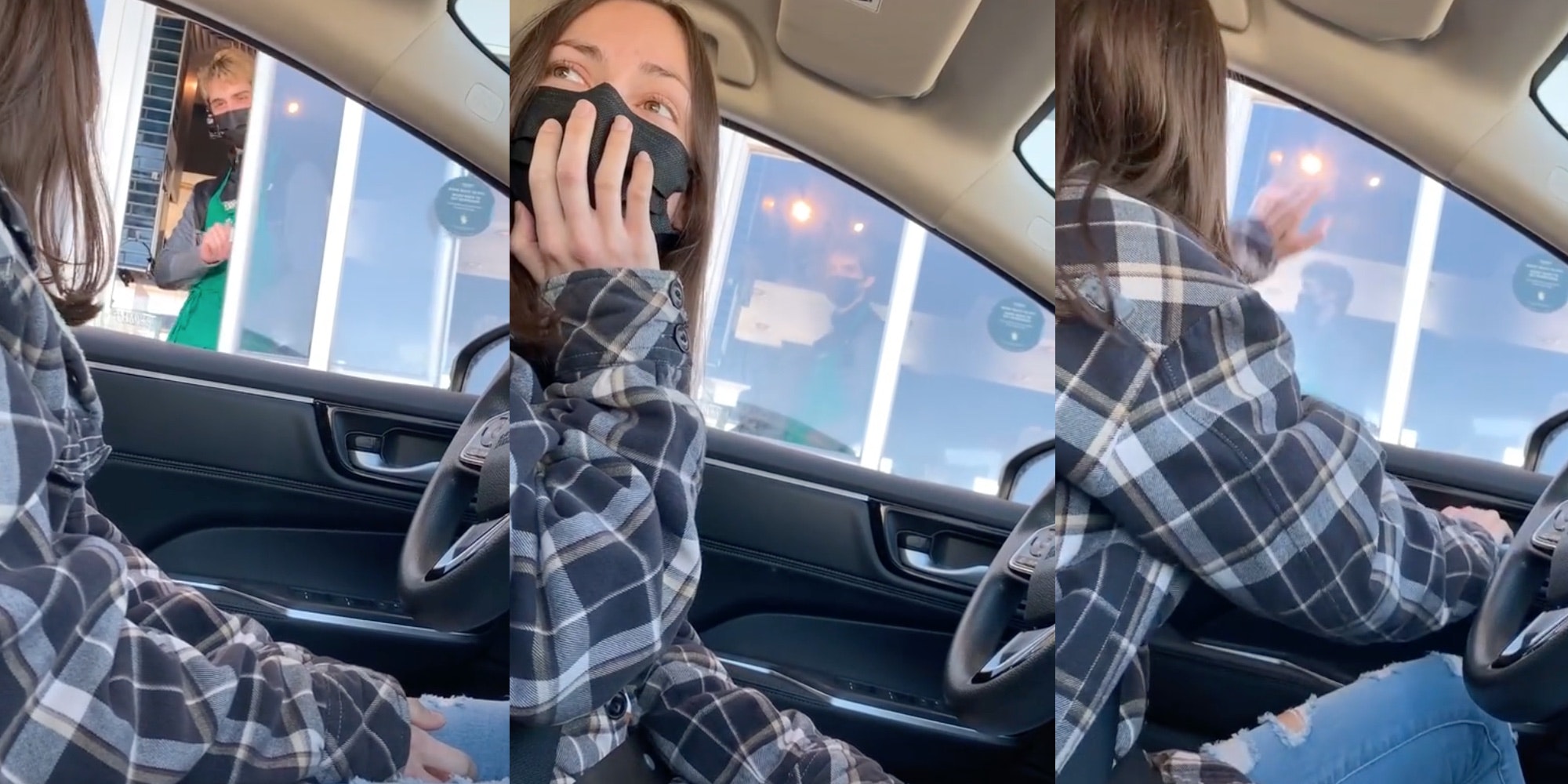 A video that appeared to show a TikToker getting owned after trying to use a Starbucks employee to create viral content is serving as a pretty hilarious reminder that we don’t always know the context of these short clips that go viral.

The video in question shows @tanjewest pulling up to the Starbucks drive-thru with her passenger recording. The barista says “Hi” and Tan jumps right into singing him a little “Thank you” for the drink. It’s clearly pre-meditated and feels super cringe right off the bat.

And the employee seems to agree, straight-up shutting the window on her.

The barista begins to walk away entirely, so Tan’s passenger suggests she knock on the window. The clip ends with her opening the car door, apparently about to follow through on his idea.

As the clip went viral across Twitter, a number of commenters lamented our current social media content-driven society that rewards people with “likes” and “follows” for doing these seemingly bizarre things in public and putting minimum wage workers in awkward situations.

“Working a minimum wage job I don’t got time to listen to a customer do a musical in the drive thru,” wrote @selenaswap. “Take your venti coffee and move.”

And the people have a point. After all, Tan is far from the only person who has ever done something strange in a drive-thru and filmed it for TikTok or YouTube.

But taking the video outside of the context of Tan’s ongoing TikTok account removed one key detail—the Starbucks worker is her husband.

“He’s my husband y’all but the video wasn’t staged…we visited him at work and wanted to embarrass him so I started singing when I pulled up,” she wrote on a subsequent video in which she joked that she got him fired before pulling back to show him sitting in her front seat.

“Omg I’m so glad you know him cuz… I would have never gone back to Starbucks lmao,” one TikTok user commented.

Someone else suggested the context didn’t matter because Tan is “still making people think it’s funny and cool to bother people at work,” although that doesn’t seem to be the takeaway most people get from Tan’s video.

There’s certainly still a debate to be had over whether embarrassing someone you know in a drive-through is more acceptable than forcing a stranger to listen to your serenade for $7.25 an hour, but the reality in this situation is clearly that Tan though she could embarrass her husband and he played right along and embarrassed her back. It definitely puts a different spin on the video, and provides a good reminder to try to check viral videos for a little bit of context.

The post ‘I don’t got time to listen to a customer do a musical in the drive thru’: Viral TikTok has people lamenting harassment of Starbucks workers appeared first on The Daily Dot.