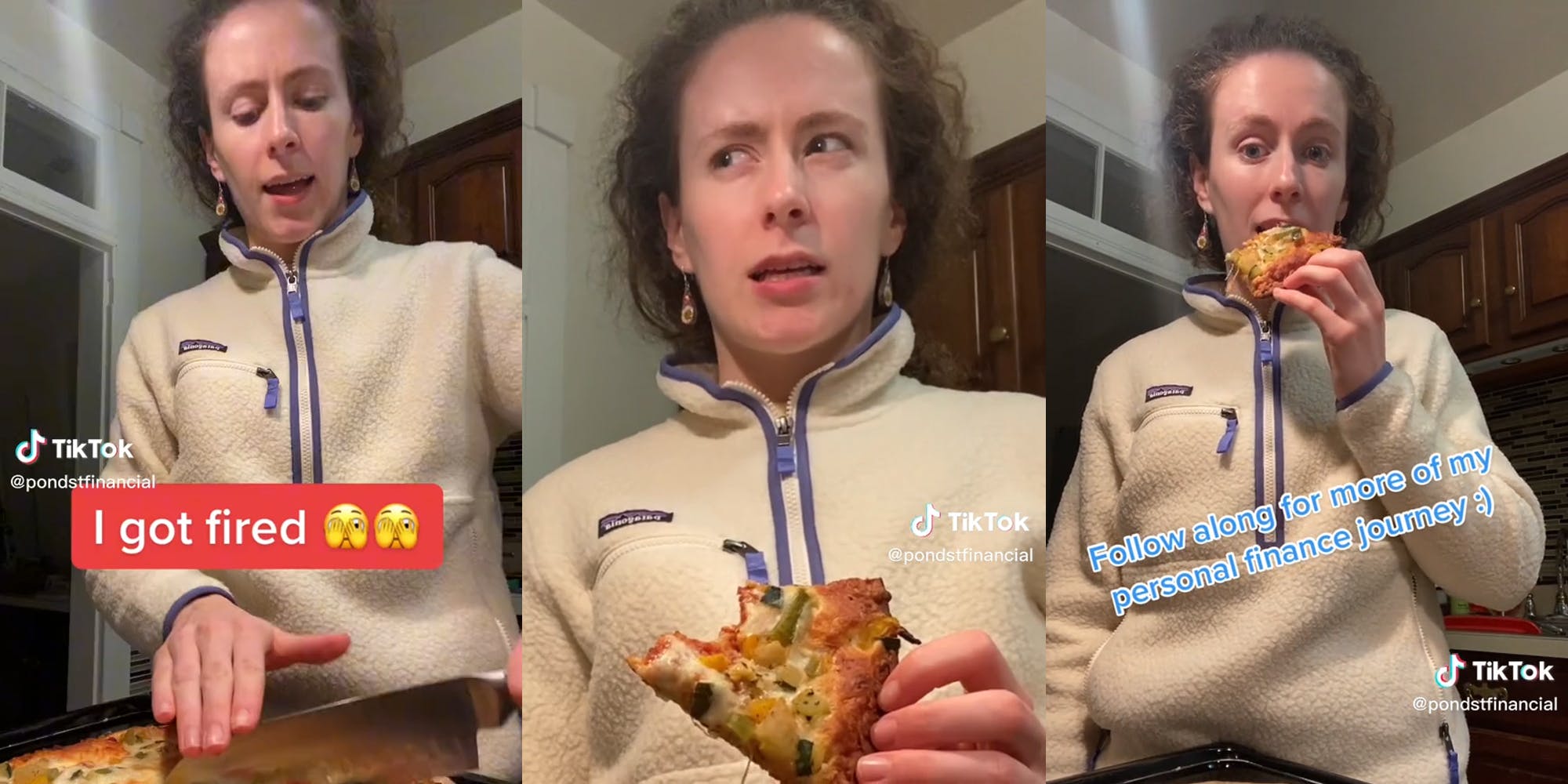 A TikToker is claiming that she was unfairly let go from her job—just days after giving the company her two-weeks notice.

In a two-part video series, Aleigha (@pondstfinancial) recounts her experience at her former employer. While cutting into a pizza, she claims that she was fired on a Friday despite giving her notice the previous Wednesday.

Aleigha says she was given the news during a meeting with her project manager.

“He was like, ‘Oh, since you’ve only been here for six or seven weeks, I don’t think you need to work here after today,’” she says.

When she told them that she hadn’t finished all of her work yet, her manager said that someone else could do it.  “Make sure you have an emergency fund before you quit,” she says in closing. “I’m going to go email my boss and ask for severance pay.”

In a second video, Aleigha says she tried to find out if her firing was legal and if she could receive severance pay. She clarifies that she’s been employed at her company for almost two years, but only on her specific project for a handful of months.

But, ultimately, she says her firing likely came down to the fact that she’s an at-will employee— meaning the company can dismiss her at any time they deem fit.

“Before you give notice, check if you’re an at-will employee and then decide if you think they’ll just let you go early,” Aleigha says. “I have enough money to get by, but it’s still not fun not getting paid for a week or two.”

But in the comments, many viewers said they weren’t shocked by Aleigha’s situation.

“You didn’t get fired, you quit,” wrote another viewer. “They just don’t want a liability there for two weeks. It’s probably a company policy not to let you finish your two-weeks.”

The Daily Dot has reached out to Aleigha via TikTok comment.

The post ‘I don’t think you need to work here after today’: Woman says she got fired after giving her 2-weeks’ notice appeared first on The Daily Dot.

‘I didn’t order any of this’: Customer quits Instacart after shopper had ‘anxiety attack’ over pistachio pudding
‘She keeps insisting that it must have been our error’: Customer says bank deposited her $43K into wrong account
Advertisement