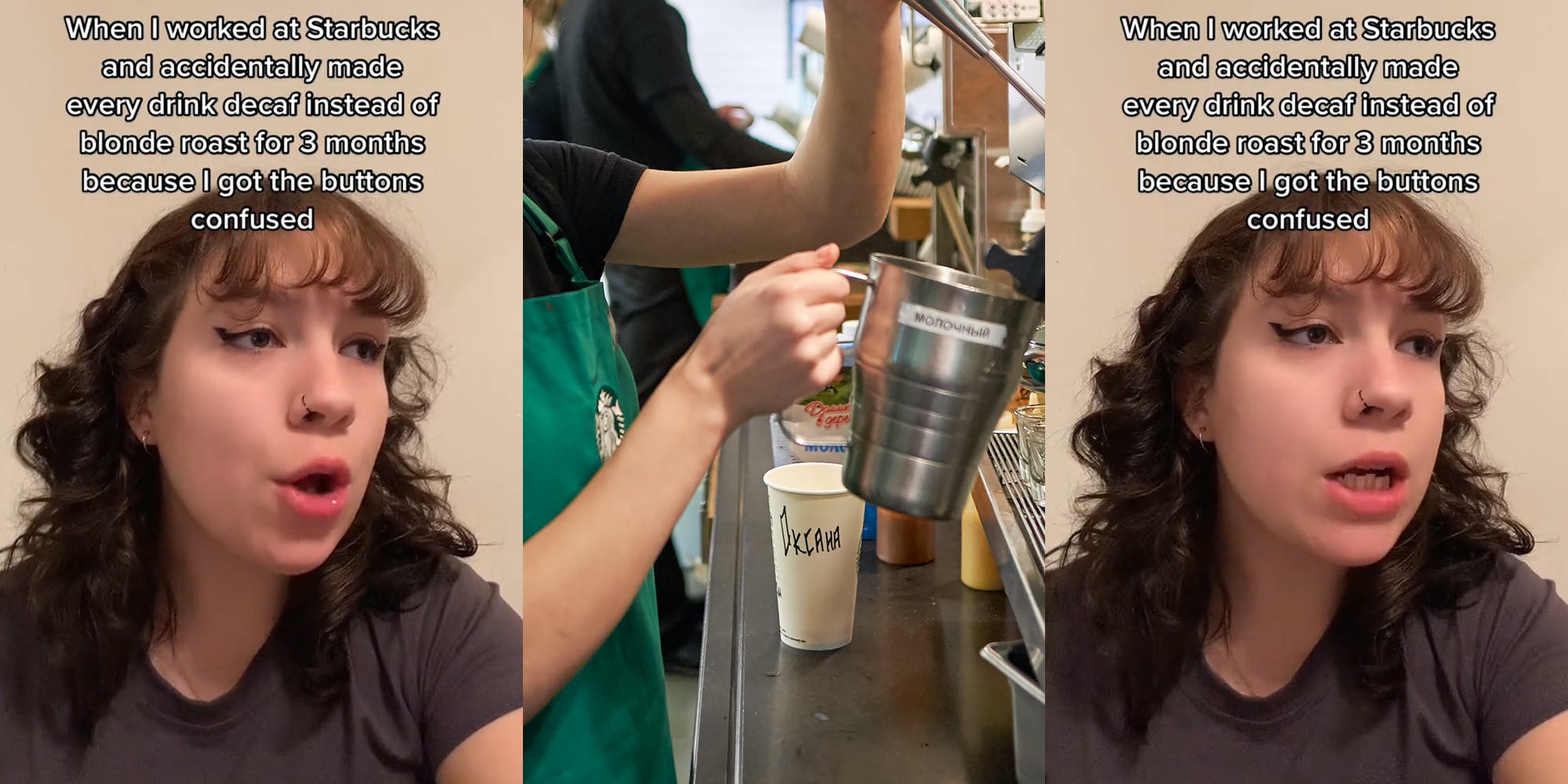 When it comes to coffee orders, some are very particular. Getting caffeinated first thing in the morning is a ritual for many around the world. Starbucks is known to go above and beyond when it comes to catering to their customers’ distinct tastes, but one barista says she forgot to include a major ingredient on every order for three months.

The TikToker, Cyd (@cyndlelikesstarburt), revealed that for three months, she was serving customers decaf instead of Starbucks’ blonde espresso roast, garnering 41,000 views on the platform. “Yeah I wasn’t the best barista,” she captioned the video.

While it takes courage to admit this, Cyd’s reveal seemingly made current and former baristas feel safe enough to share their own blunders in the comments section. “On my first day on bar after training i gave every hot venti drink 3 shots instead of 2,” one shared.

“For about 8 months I thought the caramel crunch got regular caramel and that only the Java chip frap got chips,” another said.

A third assured Cyd that it could’ve been worse. “At least it wasn’t the other way around,” they argued.

While Cyd’s mixup was completely unintentional, other baristas have gone viral in the past for sharing that they’ve purposely mixed up the two when customers are rude to them.

The Daily Dot reached out to @cyndlelikesstarburt via TikTok comment.

The post ‘I got the buttons confused’: Barista said she accidentally made every drink decaf instead of blonde roast for 3 months at Starbucks appeared first on The Daily Dot.