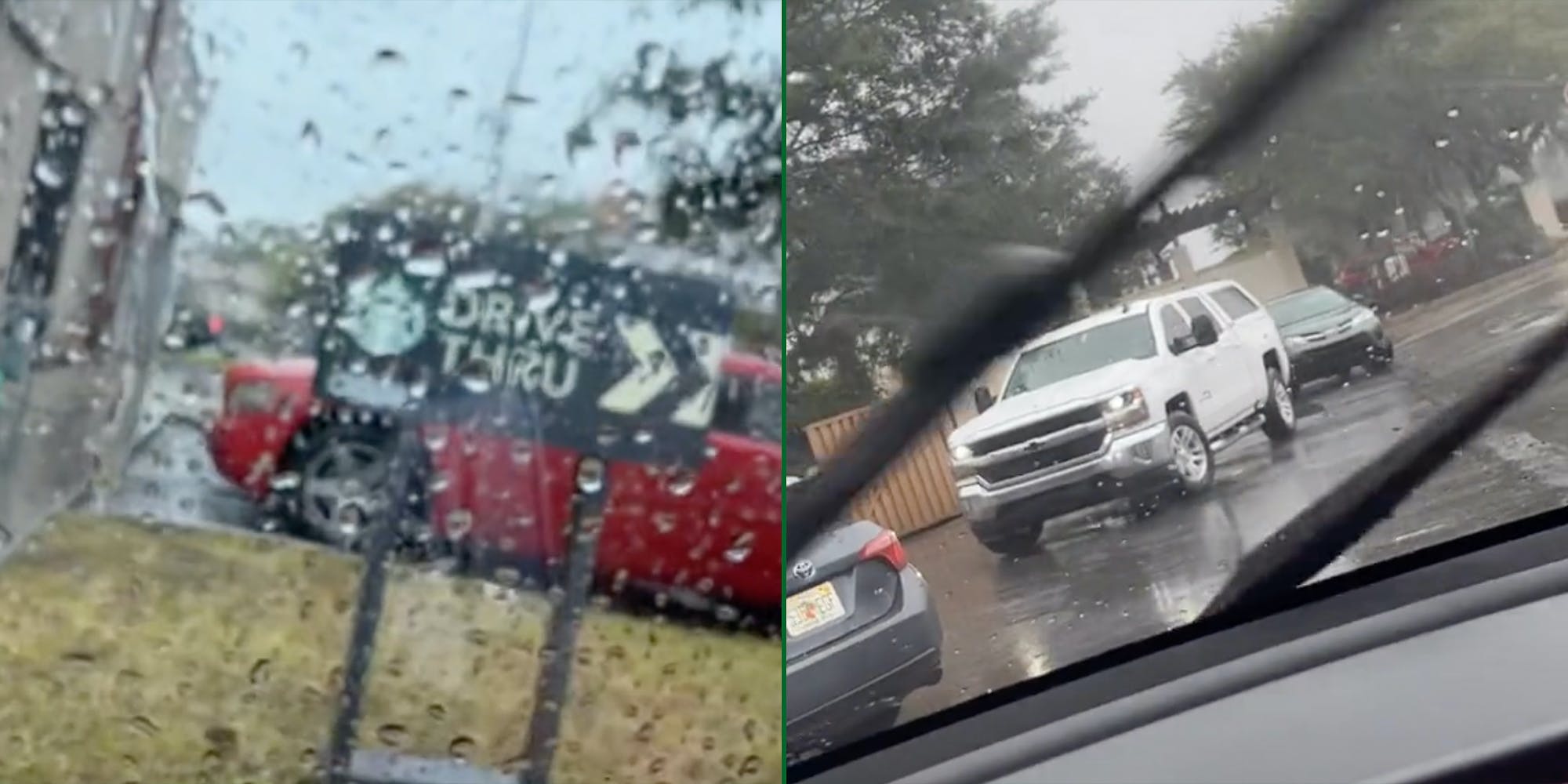 A TikToker wanting to buy a drink via the Starbucks’s drive-thru was caught off guard when a “Karen” attempted to cut him in line.

TikTok user Drew (@infamousxdrew) posted a clip of the pile-up. From his short video, it looks like the driver of a white truck attempted to create a separate line that would merge into the one that’s already formed.

“I hate trifling people,” he said. “Like, y’all see me waiting in the same line as you for some Starbies. Why are y’all making your own line over there?”

Drew clarified, however, that the driver’s plan to cut the line didn’t work. In the comment section, he said the white truck drove away once they weren’t let in.

“Like ew, get to the back of the line, Karen,” Drew captioned his video. “Don’t be cutting.” His video has over 83,000 views since it was posted one day ago.

Indeed, it appeared like commenters were similarly taken aback by someone blatantly attempting to force their way into the middle of line. The top comment on Drew’s video, with over 300 likes, read: “You better scoot up as close as u can.”

“And you know I did JUST that,” Drew responded.

Other commenters said they would’ve done the same thing.

“I stay as close as possible to the car in front of me,” one viewer said. “Not letting line cutters in ever.”

“Ughh it be like this [at] my Starbucks,” commented another TikToker. “I got cut the other day [and] I almost got in a fight. Don’t mess with me [and] my coffee!”

In a follow-up video, Drew clarified that he eventually got his coffee and food at Starbucks. He also claimed that TikTok temporarily removed his video of him waiting in line for allegedly violating community guidelines.

The Daily Dot has reached out to Drew via TikTok comment and email.

The post ‘I hate trifling people’: TikToker says ‘Karen’ tried making her own line at Starbucks drive-thru appeared first on The Daily Dot.

‘Dude you voted no on all voting rights bills’: Top Republican criticized for MLK Day tweet
‘We close at 4:00 am, and it was 4:03’: Customer refused service after Taco Bell closes, calls to complain in viral TikTok
Advertisement