‘I have children and I could never imagine doing that’: One TikToker’s crusade against child abusers – Nogagames 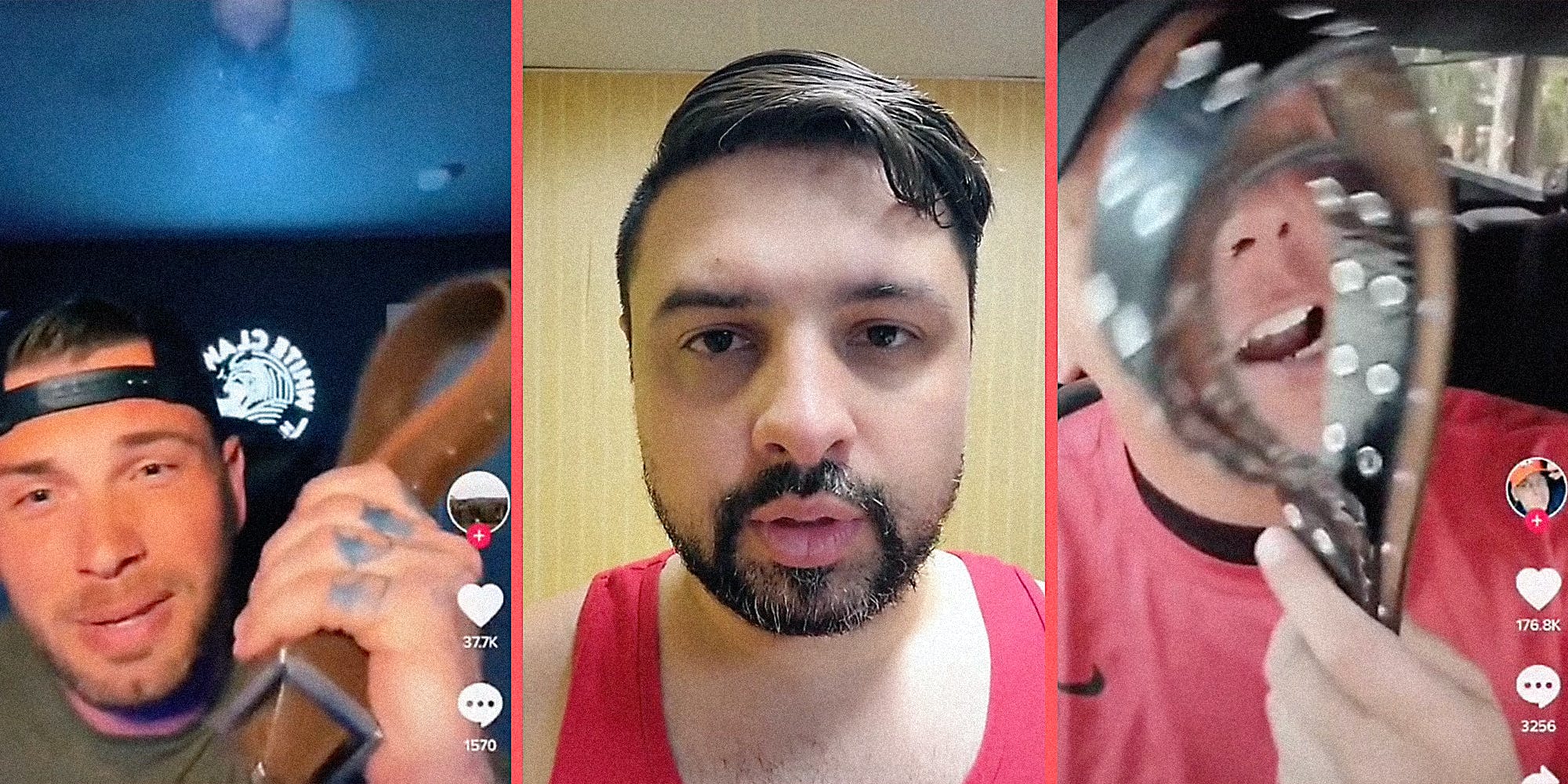 Danesh (@thatdaneshguy) is a TikToker with a mission—to track down other users who brag about child abuse on the app and let their local social services and police forces bring about consequences.

It started with one TikTok, in which a child abuse survivor created a jingle about how beating a child with a belt is abuse. There were plenty of stitches to this video, where people bragged about how they hit their children or deliberately snapped belts at the camera in an attempt to upset him, but one, in particular, caught Danesh‘s eye. In it, TikToker @sarahjamison, a right-wing pundit with more than 254,000 followers who posts anti-vaccine videos, smirked at the camera while saying, “Tell me you don’t have kids without telling me you don’t have kids.”

It wasn’t just the apparent admission of abuse on her part that stood out to Danesh but the attempted normalization of it, and the danger that posed to abused children who might be watching. Speaking to the Daily Dot recently, Danesh said he was “livid.”

“I have children and I could never imagine doing that,” he said. “What’s worse is that she’s trying to normalize it for others on this app. There could be children at home getting abused thinking that it’s normal too.”

Deciding he needed to do something, Danesh went back through her other TikToks and was able to find out her full name and the state where she lives. From there, he was able to track down other details including her phone number, which he passed on to Child Protective Services (CPS) along with the video. He then added his own stitch onto the chain, explaining what he’d done and that CPS was “concerned” about the children’s welfare watching the video.

The response to his first TikTok was overwhelming. It received over 6 million views and a lot of abuse survivors reached out to Danesh, sharing their own stories. They also shared how triggering they found videos like the one he had responded to and thanked him for doing the right thing. “I cried for a week straight hearing those stories,” Danesh said, before going on to describe the negative response he’d received, including threats from other TikTok users. He now boasts more than 424,000 TikTok followers.

User @sarahjamison also responded with another TikTok of her own, in which she first stated that she’d “never actually said I’d hit my kids with a belt” before clarifying that she does, in fact, hit her 8-year-old with a belt “maybe once in a while when he does something seriously bad.” Danesh passed the second video on to CPS as well, and ended his stitch of it by saying that “he hopes those kids get help.”

According to Danesh, what @sarahjamison admitted to in that video is just the tip of the iceberg, he says, as members of her family allegedly reached out to him after seeing his response on TikTok. They informed him that the situation was “actually much worse” and thanked him for getting involved. After that, he “systematically went after every one on this app who admitted to abusing their child” both to protect children and in an attempt to “denormalize this abusive culture we live in.”

In addition to tracking down the names and locations of admitted, alleged child abusers and handing the video evidence over to the local authorities, Danesh also goes after alleged groomers and child predators on the app. Sometimes he exposes them after other people send in evidence.

The work doesn’t come without its risks. Danesh has been doxxed, sent death threats, and threatened with false CPS reports about his own child in an attempt to force him to stop doing these TikTok investigations. There was even an incident that apparently involved the FBI, Danesh says in one video. Recently, Danesh’s account was shut down, something which he attributes to mass reporting and TikTok’s largely automated moderation system—its machine learning he says can’t distinguish between satire, criticism, or support of hot-button topics.

However, thanks to a mass appeal campaign from his followers, Danesh was able to get his account back.

For now, Danesh is back to chasing down predators and child abusers on TikTok, and he intends to continue doing so for the foreseeable future.

The post ‘I have children and I could never imagine doing that’: One TikToker’s crusade against child abusers appeared first on The Daily Dot.

‘Oop! not the braids’: Rihanna roasted for ‘putting all these white girls in braids’ for Savage X Fenty show
‘I don’t think horses are the problem:’ Biden administration mocked for banning horses in response to Border Patrol footage
Advertisement