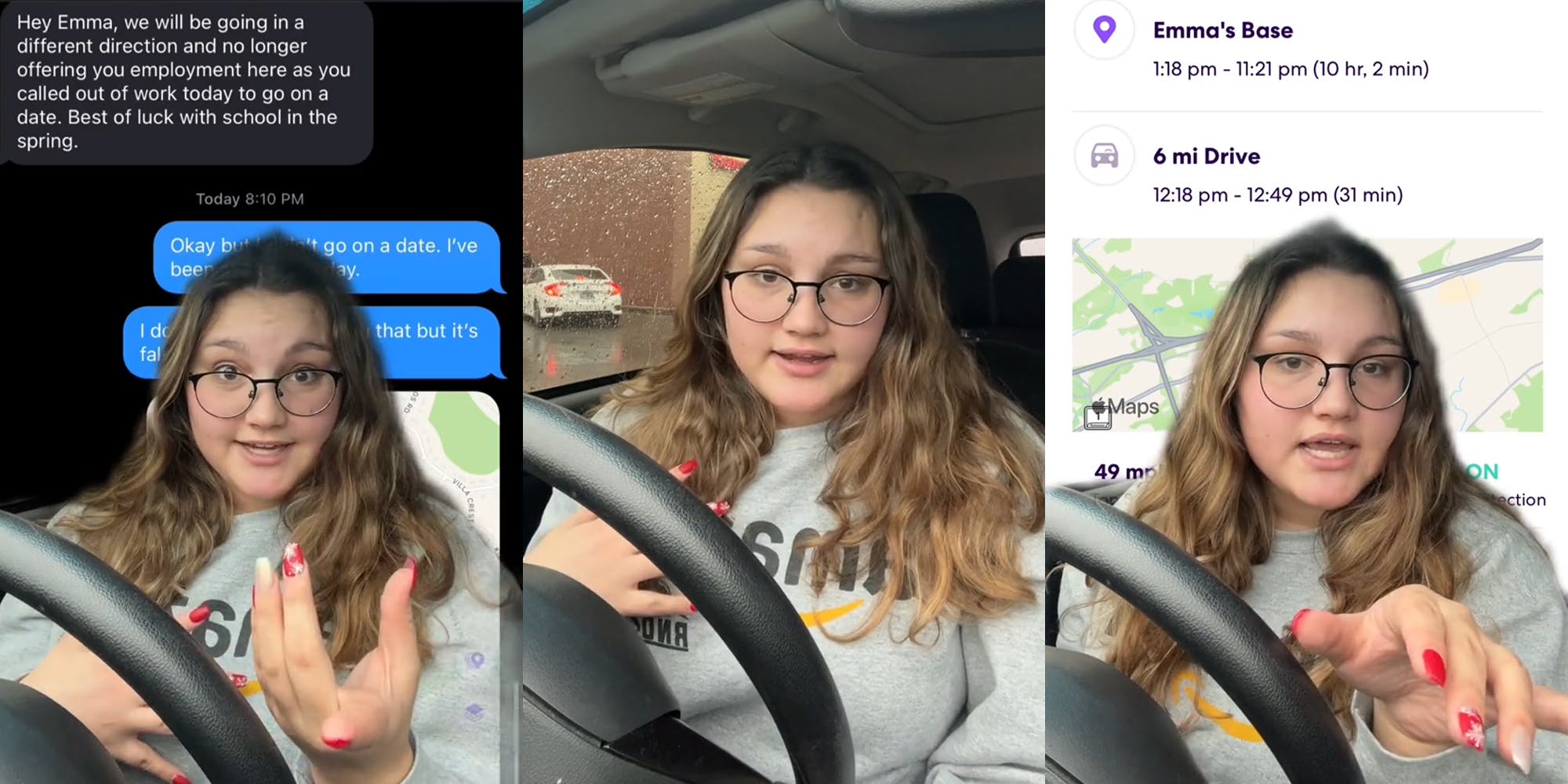 A user on TikTok has sparked discussion after claiming that they were fired via text message after being accused of calling out sick to go on a date.

In a video with over 51,000 views, TikTok user Emma (@mf_idiot) says that, while she admits to calling out often and that her firing was likely deserved, her manager overstepped his boundaries and was inappropriate with employees.

“This wouldn’t have been a big deal if he was straight up and said that I’ve called out too much and I’m not reliable,” she wrote in a comment.

Instead, as the text message in the video reads, the manager seemed to assume that she “called out of work today to go on a date” and allegedly fired her accordingly.

“Them firing me for being unreliable is totally understandable but instead they did this,” she added in the comments.

@mf_idiot Tell me where this is at all fair. #fired #fyp #foryoupage ♬ original sound – emma

This is only one of the issues Emma cites about her manager. Among these issues is the manager’s insistence on texting Emma and her co-workers to question their reasons for calling out and expressing his disbelief at their answers.

Emma stresses in the comments that she understands her firing.

In a follow-up video, Emma claims that there were other issues as well.

In this follow-up, Emma says that one of her co-workers was caught with marijuana and not fired, whereas she was falsely accused of going on a date and was fired.

She also cites inappropriate conversations with managers and an incident where a co-worker, who was Muslim, was not scheduled to work on a specific Sunday, a day they usually worked. Emma points out that that particular Sunday was September 11th.

“Then they went right back to scheduling her every Sunday,” Emma says. “Blatantly racist. I mean, you can’t exactly prove that, but, I mean, it’s obvious.”

She then made another follow-up video adding more details to the story.

In the comments section, many users supported Emma.

“You should’ve never been fired. When you call out sick unless you tell them exactly why you’re calling out for work they can not assume or ask why,” wrote one user.

“Apply for unemployment if you can,” another added. “That was wrongful termination for sure.”

“Tbh I get it, from a managers perspective, but not over text. That part is crazy,” a third shared.

“Yeah exactly – the texting is what is wrong with it. I probably did deserve to get fired because I called out a lot,” she responded.

The post ‘I have proof’: Worker says she was fired after being accused of calling out to go on a date appeared first on The Daily Dot.

‘Long live Stanley’: Worker goes on a rant against trainer while on company Zoom call before quitting
‘I’m probably not gonna get callbacks’: Woman says she’s been accidentally applying to multiple jobs on LinkedIn with ‘joke’ resume
Advertisement