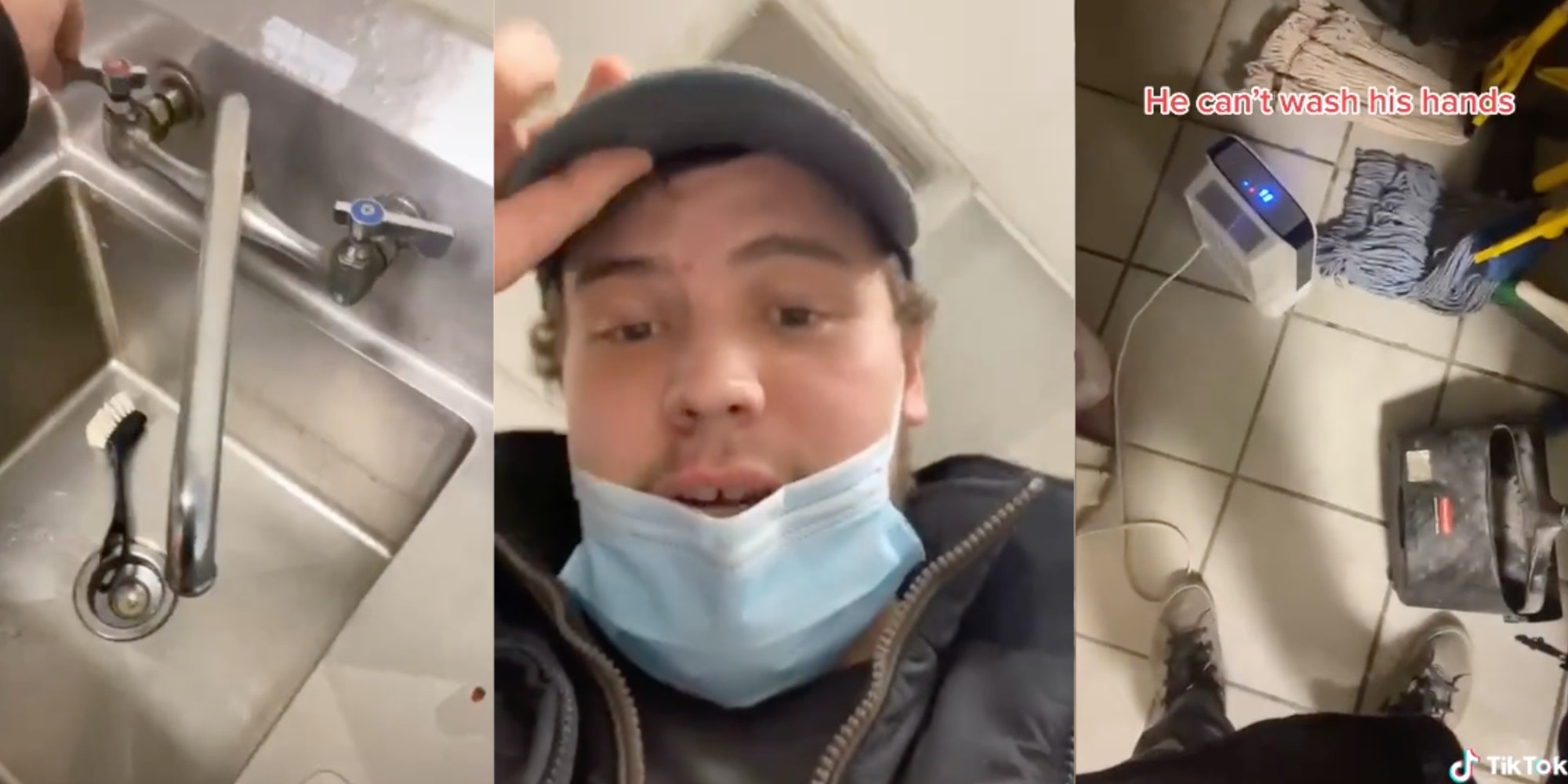 A Papa John’s employee says he was fired after refusing to work without running water.

In a viral TikTok video, which was posted by the employee’s sister, Jade, @mommarhodey on the platform, the employee says the location tried to make him continue working after the pipes froze. “It’s 0 degrees outside. Our water hasn’t been working all day. Literally, haven’t been able to wash my hands while making pizza. So I clocked out. … I don’t want to be like making other people’s food without being sanitary,” he says in the video, which has been viewed over 220,000 times.

The employee then shows the small portable heater his manager allegedly got to connect to the water heater. He also turns the faucets on several different sinks to prove there is no running water.

The employee claims he left early. “Brother was fired due 2 not wanting 2 work while unable 2 wash,” Jade revealed in the caption of the TikTok video.

In a statement to TMZ, Papa John’s disputed the claim, saying the employee wasn’t fired but that he walked off the job. It also said the location closed as soon as the pipes froze. “Due to the cold weather, the water line froze. The restaurant was immediately closed in order to have repairs made,” it told TMZ.

Jade made several follow-up videos addressing the statement by Papa John’s and going into further detail about the incident.

Jade alleges her brother was wrongfully terminated and reveals they have plans to take legal action. She also claims the pipes froze when her brother’s shift started. “Tell me, how did he work 4 hours with no water but still managed to leave before his shift ended. Honestly, if you want to believe the franchise, you’re dumb. … I guess this is the first time a franchise has ever lied,” she sarcastically says in one of the videos.

She also reveals the location was “washing dishes with cold water that they had purchased outside of the store.”

The TikToker says she called the public health department to complain and that it told her the location was temporarily shut down until the situation was remedied. She alleges, however, that the location remains open, despite the order to close. Jade says she notified the Papa John’s corporate office and the Better Business Bureau.

Jade later posted a video from what appears to be one of her brother’s co-workers at Papa John’s, revealing there is no running water. “This was taken before my brother’s video,” text across the video reads.

“No water. Nothing. … No running water. Business is still open,” the employee says in the video.

Update 7:10pm CT, Feb. 16: When reached for comment, Jade told the Daily Dot that they have yet to find legal help due to how expensive it is. She said her brother “is a young adult who was looking out for his health as well as the public’s.”

“It hurts to know someone would lie to cover their tracks and try to drag him in the mud for it,” she said of Papa John’s’ statement.

The Daily Dot has reached out to Papa John’s.

The post ‘I haven’t been able to wash my hands‘: Papa John’s worker says he was fired for refusing to work without running water (updated) appeared first on The Daily Dot.