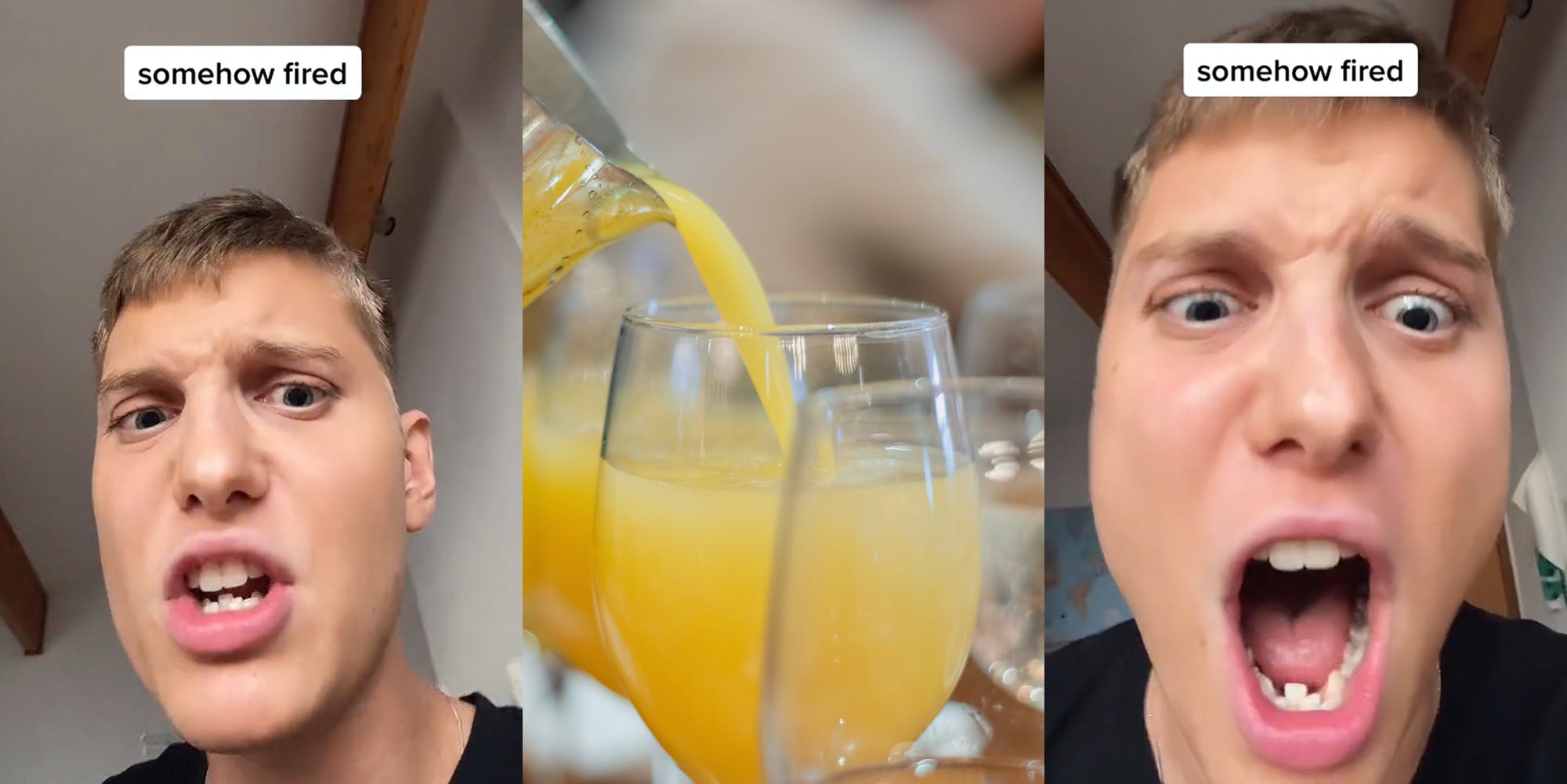 In a viral video, well-known TikToker Dean Redman (@deanredmans) shared that he got fired from his serving job. Redman often shared stories of his work experiences with his followers, so many users were invested in his work shenanigans.

“Just got fired after this woman literally tried to fight me,” Redman says before diving into the story.

The TikToker explains that during his shift on Thursday, a group of ten women came in at lunchtime to celebrate their friend’s birthday. After being seated, the group ordered five mimosa pitchers, so Redman asked to see their IDs.

“Only about five had IDs to present to me,” he says. “I’m like, ‘guys, I’m really sorry but I can’t serve alcohol without an ID.”

The group ended up only ordering four pitchers. However, Redman notes that each pitcher serves around nine people and that he was concerned that the women would share the drinks with their friends who were likely underage. After putting in the group’s appetizer order, Redman glanced at their table and noticed he was right.

“I’m trying to cut them some slack because I know girly, I was once underage too,” he says. “I wanted to drink with my friends, but you have to be conspicuous or at least have a fake or something.”

Redman says that shortly after receiving their order, the group began yelling and disturbing other customers. Due to complaints, the TikToker told the women that he saw them passing drinks and that they needed to calm down.

“This girl sitting next to her birthday friend starts ripping a vape, and this was like one of the last straws for me, so I’m like, ‘guys, if there is another incident, I’m gonna have to get the check for you, and then you’re just going to have to leave,’” he recounts.

Less than five minutes after the customers promised to calm down, Redman heard the sound of breaking glass coming from their table. He says two girls standing at the end of the table taking photos accidentally knocked over a glass, prompting him to ask them to leave.

Redman says he returned from calling the police to find that the woman left without paying the bill.

The TikToker explains that the total cost of the women’s pitchers was around $190 because each pitcher contains 7 to 8 bottles of champagne. Redman says he called the human resources department to explain the situation and offered to pay half of the bill, but he was shut down.

“So I just got fired and have to look for a new place to work right around the holidays,” he says.

Users in the comments section shared their opinions on the situation, as many have followed Redman’s work journey through TikTok.

“You were literally trying to give them the benefit of the doubt and they just kept doing everything wrong,” one user wrote.

“They fired you over a walk out!!??” another asked.

“Sorry babes, this sounds like a blessing in disguise!” a third wrote. “This place literally never had your back.”

The Daily Dot reached out to Dean Redman via Instagram direct message.

The post ‘I really wasn’t expecting this’: Popular server on TikTok says he was fired after woman tried to fight him, table walked out without paying appeared first on The Daily Dot.