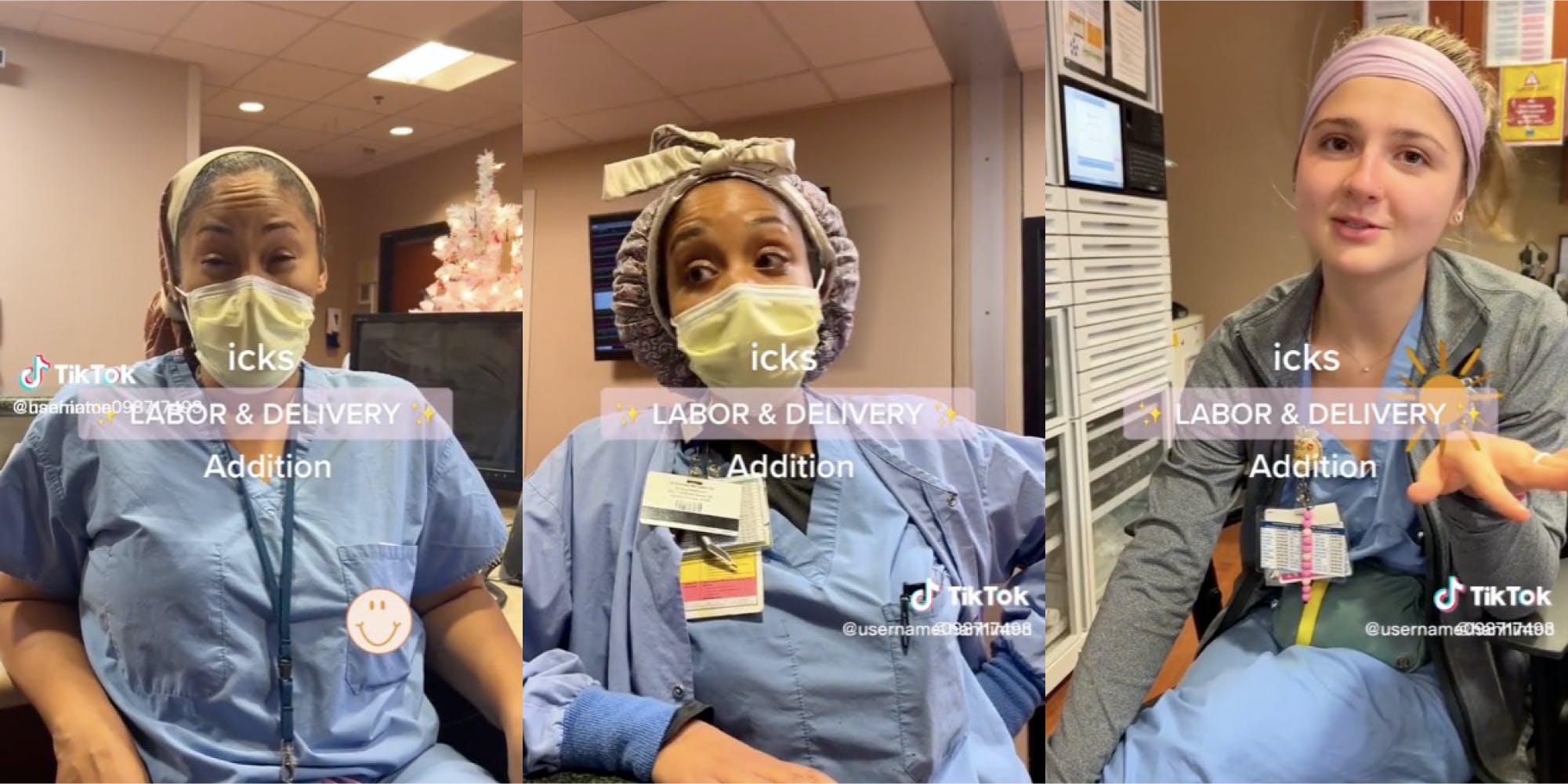 Nurses and other medical professionals are under fire after they shared their patient “icks,” or patient behavior they find annoying, on TikTok. Some could be facing professional consequences.

Last week, four labor and delivery nurses at Emory University Hospital in Atlanta posted a TikTok sharing their “icks” regarding behavior exhibited by patients and their family members in the hospital. The video has since been removed, but it has been reposted by @username098717493 and garnered over 5 million views.

In the video, the nurses say they are annoyed by pregnant patients asking to shower before labor induction; asking a baby’s weight before it has been weighed; fathers asking for paternity tests; fathers going from room to room “between one baby mama and your other baby mama”; family members asking nurses for help instead of pushing “the call button”; and patients refusing an epidural even when they are in immense pain and their cervix isn’t dilated.

Commenters on @username098717493’s video expressed their disappointment and disgust regarding the nurses’ remarks about patients.

“My ick is when people work in healthcare and don’t have compassion for people,” @yayaakae commented.

“My ick is medical professionals that make you feel bad about any and everything,” @estihaley wrote.

“Someone being in labour and asking annoying questions being an ‘ick’ sounds so evil,” @dijahSB tweeted.

“I respect nurses so much but this just isn’t it,” @itsmevanessaduh tweeted. “Emotions are so high during the whole birthing process and moms deserve compassion.”

The Atlanta Journal-Constitution reports that Emory Healthcare shared a statement via its Twitter account saying that the hospital has “taken appropriate actions with the former employees responsible for the video.” Though the statement doesn’t explicitly say that the nurses were fired, many think the phrasing implies their terminations. (The Daily Dot reached out to Emory University Hospital via email.)

Some celebrated the nurses’ possible firing, while others have publicized their experiences in the labor and delivery unit at Emory University Hospital.

In a TikTok with over 2 million views, user @alxrichy says that her son died at the hospital and that two of the nurses shown in the viral video “played it off” and didn’t answer Rich’s questions about her son’s death.

“Karma is a bitch,” Rich says in her video regarding the nurses’ firings. “Y’all are finally being held accountable.”

“To find out [the ick] nurses worked at that damn hospital,” Katora says in a TikTok. “I have been having PTSD about the whole thing.”

The post ‘I respect nurses so much but this just isn’t it’: Internet users slam labor and delivery nurses sharing their patient ‘icks’ appeared first on The Daily Dot.

Anti-vax ‘documentary’ ‘Died Suddenly’ is trying to capitalize on Grant Wahl’s death
‘Walmart, hire me’: Customer answers store’s phone when no employees are around
Advertisement