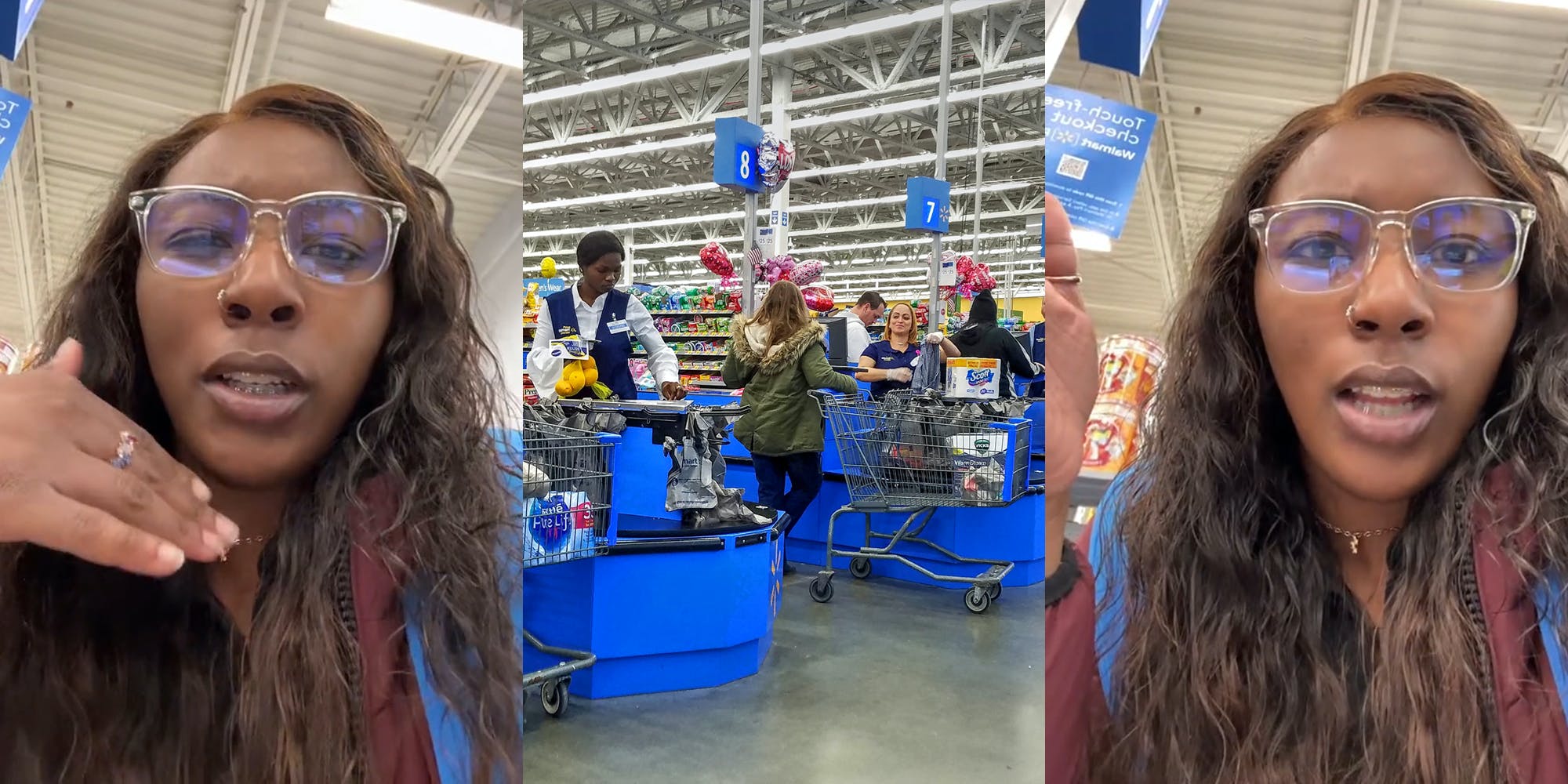 A Walmart employee went viral on TikTok after uploading a clip about how a customer reamed her out for telling her she wasn’t going to ring up her items as she was over the maximum limit in the express lane.

The TikToker, Selena (@573selena), says she counted the items in the customer’s cart after they approached her.

The express lane indicates that customers are only allowed to have 20 items or less in their carts, otherwise they will have to go into a different lane or head towards the self-checkout section.

and yk what. i would've checked them out but why i gotta be a fat b* 🤔😂

After Selena told the customer they wouldn’t be able to check out in the express lane, she claims they called her a “fat bitch.”

The TikToker’s remarks sparked a variety of different responses on the platform. There were some users who said that the cashier was being “petty” for not allowing a single additional item over the limit to slide. But there were others who remarked that they would do the same thing at their respective places of work.

One user wrote, “LMAOOO YOO this my kinda petty.”

“You could’ve let that slide,” another user quipped, while a third viewer claimed they would’ve probably argued with Selena for not ringing her up just because she had one additional item over the limit.

Selena said in the comments section of the video that she “hate[s] being there [her job].” When one commenter said she should have let the customer through the express lane, Selena replied with, “Nah bc i hate them.”

Selena did mention in the video’s caption, however, that she would’ve probably rang up the customer, if they hadn’t immediately taken a confrontational tone. “And [you know] what. i would’ve checked them out but why i gotta be a fat b*,” she wrote.

In October 2021, Business Insider reported that the retail labor shortage was partially fueled by employees’ unwillingness to deal with aggressive customers. While the retail industry does appear to have its staffing woes tamed as of 2022, it doesn’t change the fact that in many businesses some 60% of employees decide to leave their job due to “toxic” customers.

While rude and entitled patrons in America can be dated back to the early 1900s after the phrase “the customer is always right” was coined, it purportedly got worse post-COVID. There are throngs of reports where shoppers have flown off the handle prematurely or have addressed workers in a disrespectful manner.

The Daily Dot has reached out to both Selena and Walmart via email for further comment.

The post ‘I went around the cart and I counted that sh*t’: Walmart employee refused to let customer with 1 extra item in express lane appeared first on The Daily Dot.