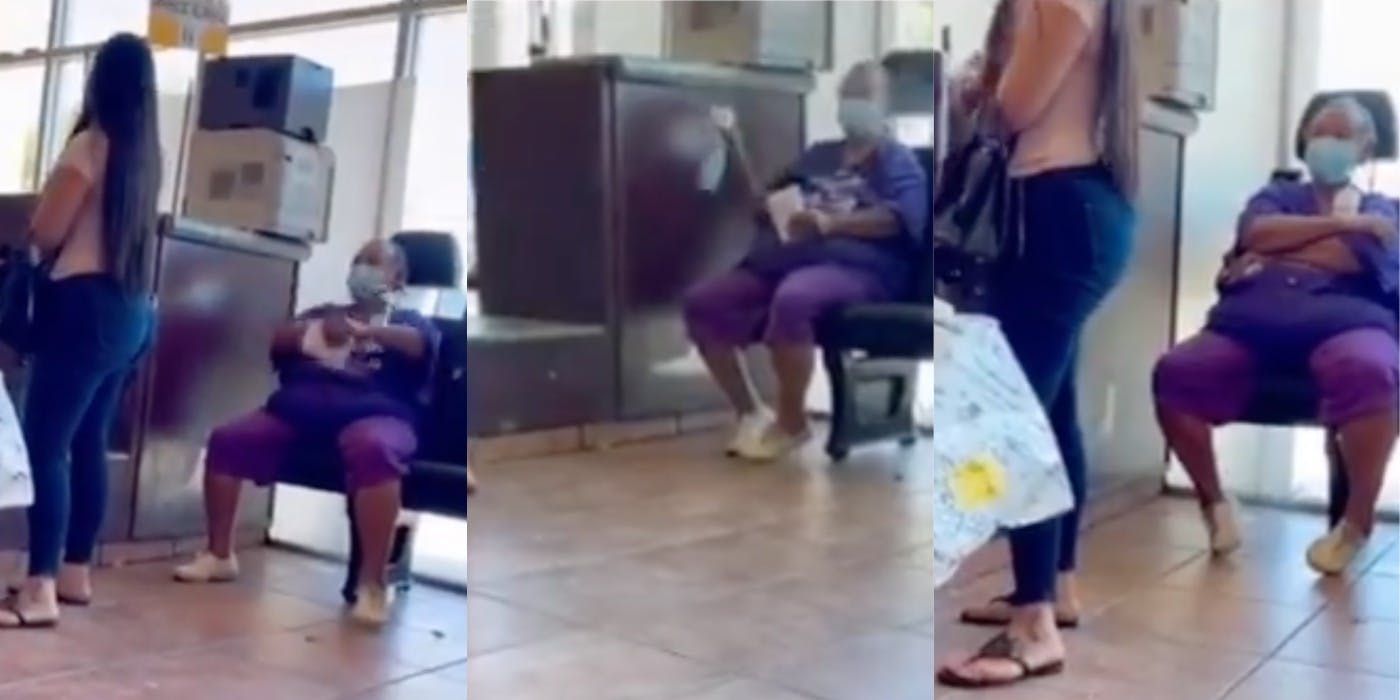 A masked senior citizen, holding a can of Lysol, was all the way fed up with a maskless woman, telling her, “I will spray you like an insect.”

Posted to Twitter by @Tim_Tweeted, the video shows people in a sitting area of what looks like a post office. The seated senior citizen confronts a maskless woman at a counter trying to complete a transaction, eventually spraying the Lysol in the general vicinity of her. The Karen isn’t wearing a mask and doesn’t appear to care.

In what the narrator calls “part two,” the two are a little heated because the Lysol apparently landed on the maskless woman. But the senior citizen is looking for smoke for what she feels is an invasion of space by a dangerous, uncaring person.

“I will spray you like an insect and then stomp your ass in this building,” she tells the anti-masker. “Don’t get it twisted ’cause I’m old. … Shit, I will fuck you up in here. Don’t go there.”

She continues by telling the maskless woman to “give me my space,” to which the Karen says something inaudible back.

“Kiss my motherf*cking ass!” the masked woman says to the maskless woman, repeating it while looking her straight into her eyes. “What you gonna do?”

The post ‘I will spray you like an insect’: Senior citizen uses Lysol to take down maskless Karen appeared first on The Daily Dot.

Latest Jake Paul accuser says the YouTuber groped her, called her ‘jailbait’ when she was a minor
‘They need a raise and a union’: People feel sorry for ‘Amazon driver’ who repeatedly falls while carrying package in viral TikTok
Advertisement