‘I won’t be reaching out to him’: Woman asks TikTokers to find man who flirted with her on vacation—they found his wife instead – Nogagames 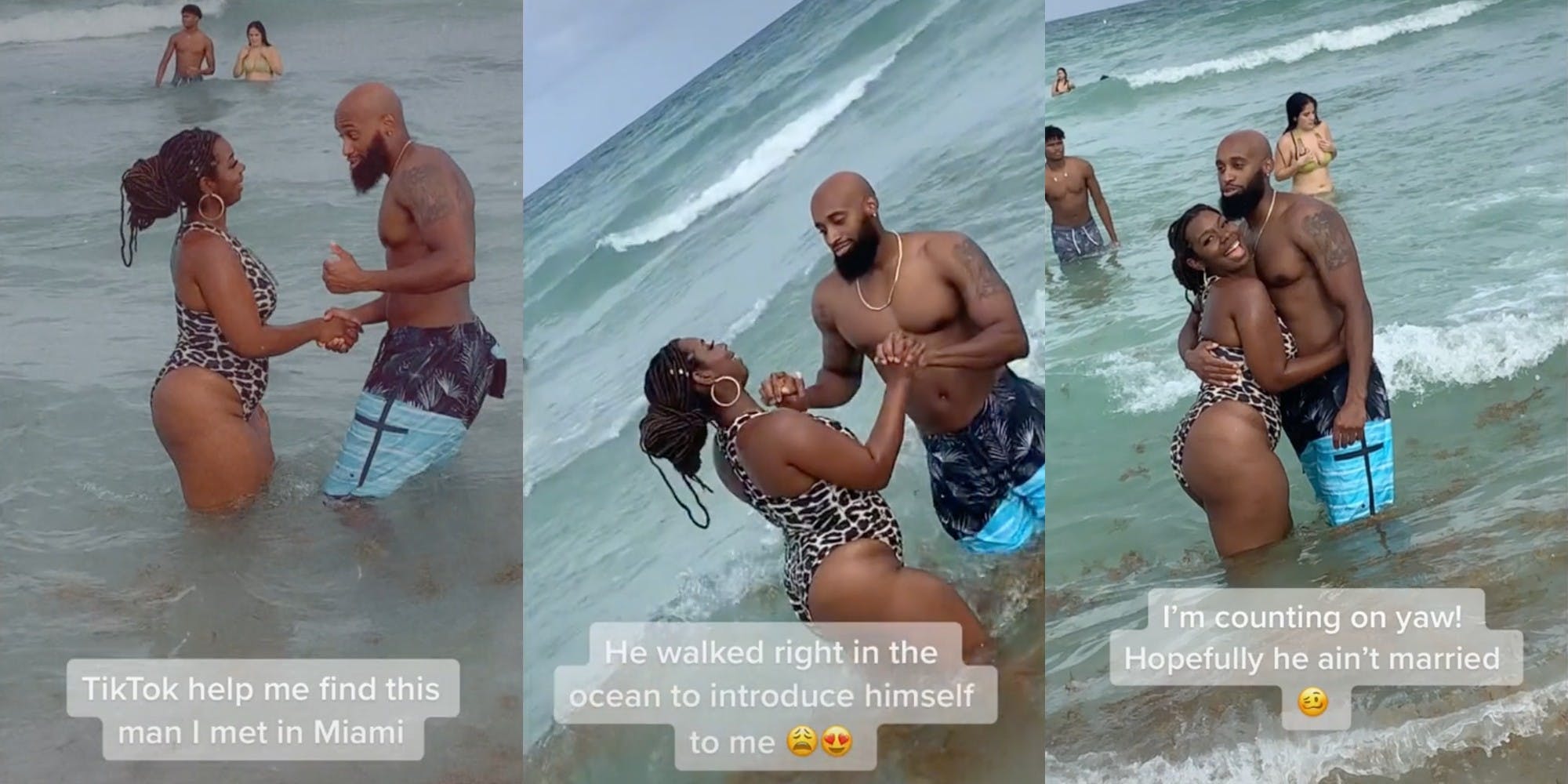 Internet sleuths have a way of uncovering the truth even in the most random situations with very few details, as one man from Detroit discovered.

Mica Renee, aka @micarenee on TikTok, met the Detroit man while on vacation in Miami when he walked right into the ocean to flirt with her. After failing to save his phone number, Mica posted video footage on TikTok from her introduction with the man, asking viewers to help her find the man.

“I’m counting on y’all! Hopefully he ain’t married,” Mica said in the video.

The TikTok received about 4.3 million views as TikTok detectives tried to locate the mystery man—but they found his wife instead.

Once the man’s wife, and subsequently the man, was found, Mica shared an update on TikTok and provided more background information about how she met him.

Micha said she was in Miami “looking all good in the ocean” while her friend took pictures of her when the man approached her. The friend thought the man was “bold” so she kept recording, Mica said in the video.

“After we got out the ocean, he did give me his number, but I was lit. I thought I save it, but I didn’t,” Mica said. “So the update is that he is indeed married, and I won’t be reaching out to him.”

Renee added that she left up her original post about trying to find the man because his wife requested that she did.

“All I have to say is, ‘Ladies, don’t believe in fairy tales. You may go viral,'” Mica said, ending her update.

The man in the video shared his side of what happened on his own TikTok account (@irontemple07). Comments on his videos are disabled.

“I wasn’t gonna comment to anything honestly because I know the truth (and) everything that happened,” he said in a video. “But little miss cheater is really trying to run off this clout that she got from completely capping. It’s time for the truth.”

He said he talked to Mica for five minutes—seven at the most—five months ago. He said since then, he hasn’t talked to Mica at all, and he claimed he didn’t even know her name until he saw the “crazy video” she posted.

The man claimed that Renee “definitely edited and sliced” video footage to make it depict whatever she was trying to “prove or say.” However, he admitted that at least one thing Renee said was correct: He did come up to her.

“I was already enjoying myself in the ocean, basking in God’s blessings upon me as the sun (shone) upon my bald head, then you wobbled your ass down to the water,” the man said in the video, addressing Mica.

He said he “had fun” and introduced himself when he saw that Mica’s friend was taking pictures of her.

“I’m a gentleman. Having fun,” he said. He added that the interaction was “nothing serious,” and if he had really been trying to cheat, he would have been more “intimate.”

The man also claimed that he never gave Mica his number. He said it’s “weird as hell and very lame” that Mica is still thinking about the short interaction that they shared five months ago.

“I mean, granted, I know I’m a handsome guy. And I like to think that I got a decent mouthpiece,” the man boasted. “But I can’t even give myself that much credit.”

The post ‘I won’t be reaching out to him’: Woman asks TikTokers to find man who flirted with her on vacation—they found his wife instead appeared first on The Daily Dot.

‘I do feel sorry for you guys who are stuck here’: TikToker says co-worker quit during Zoom meeting
‘Welcome to Taco Bell. Is there a reason you’re recording?’: Drive-thru worker confronts TikToker who tried to make a wings reaction video
Advertisement