‘I’d change the locks’: Mom ‘surprises’ adult son while he has girl over, hops into bed with them – Nogagames 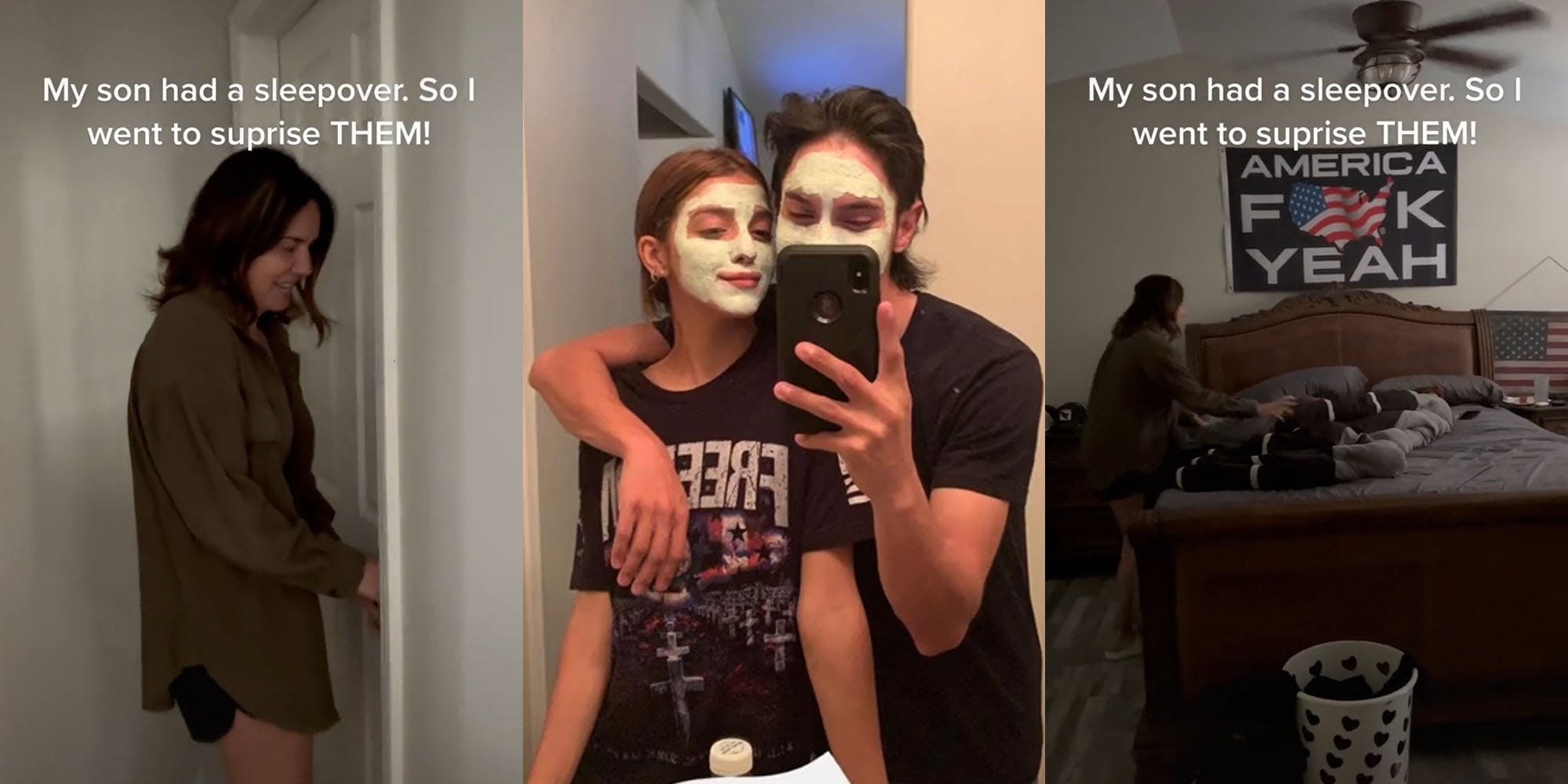 A mother surprised her son by entering his home while he had a girl over and got into his bed with them. Some commenters on her video think she went too far.

In a TikTok posted on May 8, @crazystoreowner says she saw her son, who is 23, post on Instagram that he had a girl at his house. The TikToker says that she thinks the girl slept over at her son’s house.

“So we’re headin’ over right now to go meet her,” @crazystoreowner owner says in her TikTok. The woman opens the front door to her son’s house, goes into his bedroom, wakes up both her son and the woman he is with, takes the blanket off of them, gets into bed with them, and says “Happy Mother’s Day!”

In the video’s caption, the TikToker says she’s aware that she’s “the worst mom ever.”

“Let the comments begin,” the caption continues. “I gotta keep it fun.”

And @crazystoreowner was right about an influx of comments: On Thursday, she had received almost 14,000 comments on the video, which was viewed over 2 million times.

Many commenters on @crazystoreowner’s video said that her video displayed a lack of boundaries between her and her son—boundaries that might be able to be enforced if she didn’t have a key to her son’s home.

“Bare minimum was to at least knock,” @aribabyy commented.

“What if they were being ‘intimate’ and you just barged in?” @glitt3rjunki3 questioned.

Others discussed the potential consequences of @crazystoreowner’s actions.

“This is the reason my mom and I don’t get along. She is too involved,” @jes.the.mess077 wrote. “All of the women he dates will hate you, mark my words!”

“You will never see the grandkids,” @earthmama1023 commented.

Some comments also focused on the fact that the TikToker pulled the blanket off her son and the woman he was with: “This is so wrong,” @bertybits said of that specific part of the video.

Commenters have even taken to @crazystoreowner’s recent videos to tell her that she needs to work on her boundaries with family members.

“We need an explanation for your last video ma’am,” @zurismom commented on @crazystoreowner’s video posted on May 10.

The Daily Dot has reached out to @crazystoreowner via TikTok comment.

The post ‘I’d change the locks’: Mom ‘surprises’ adult son while he has girl over, hops into bed with them appeared first on The Daily Dot.