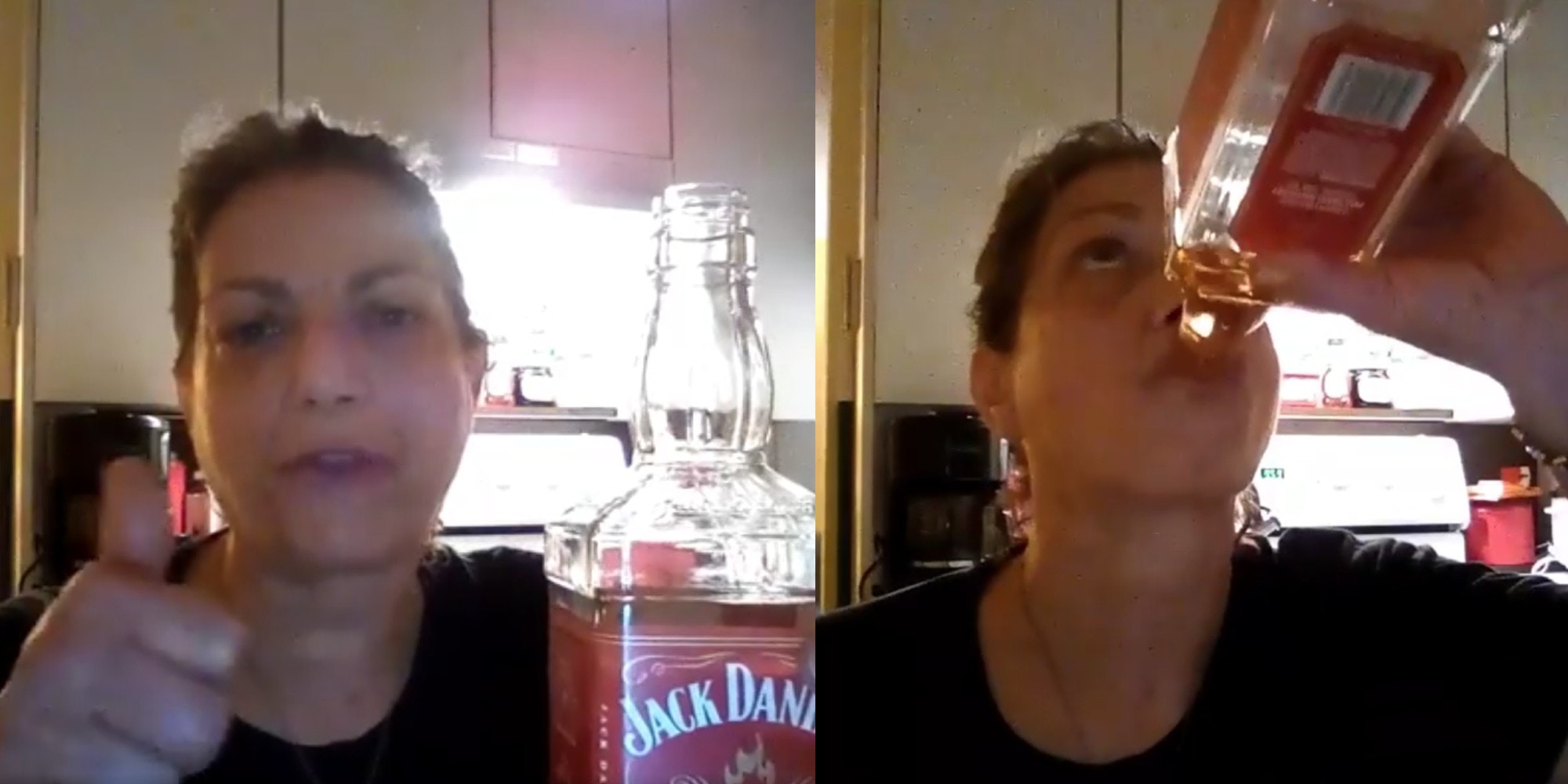 A conservative woman from Florida is facing charges this week after threatening to kill federal agents tasked with investigating the Capitol riot.

The incident reportedly began in January when the woman, Boca Raton resident Suzanne Kaye, was contacted by the FBI over her alleged involvement in the Jan. 6 insurrection.

Kaye responded to the matter by uploading a video to social media at the time entitled “Fuck the FBI!!” in which she addressed the federal agency.

While drinking from a bottle of bourbon, Kaye says she told the FBI to arrest her given that she couldn’t afford legal counsel.

“You think I’m going to let you come fucking talk to me?” she says. “You’re out of your mother fucking mind, bro. That’s not going to happen.”

Kaye goes on to threaten the FBI, citing her constitutional rights as justification.

“I’m a fucking patriot, and I exercise my First Amendment right on my freedom of speech and my Second Amendment right to shoot your fucking ass if you come here,” Kaye says.

Kaye repeated the threat in a video on her TikTok account.

“I know my fucking rights,” she says as the song “Every Breath You Take” plays in the background. “My Second Amendment right to carry a gun to shoot your fucking ass if you come to my house. So fuck you, fuck you following me, I don’t care. I’m glad you know who I am, motherfucker.”

Kaye, according to the Daily Beast, has since been charged with “threatening to injure a person.”

Kaye also reportedly told agents that she never visited D.C., although a criminal complaint unsealed on Thursday claims that the woman had admitted to being in the nation’s capital in a statement on social media.

The woman is just the latest in a long string of arrests of individuals reportedly linked to the attack on the Capitol.

The post ‘I’m a f*cking patriot’: Woman charged after threatening to kill FBI agents on Facebook appeared first on The Daily Dot.

‘Don’t know what else to do’: TikToker resorts to sleeping in car with his pet birds after losing power
Twitch streamer banned after appearing to threaten his toddler during recording
Advertisement