‘I’m broke’: Divorced man asks woman to buy him a drink. Her boyfriend steps in, sparking debate about if he was over-protective – Nogagames 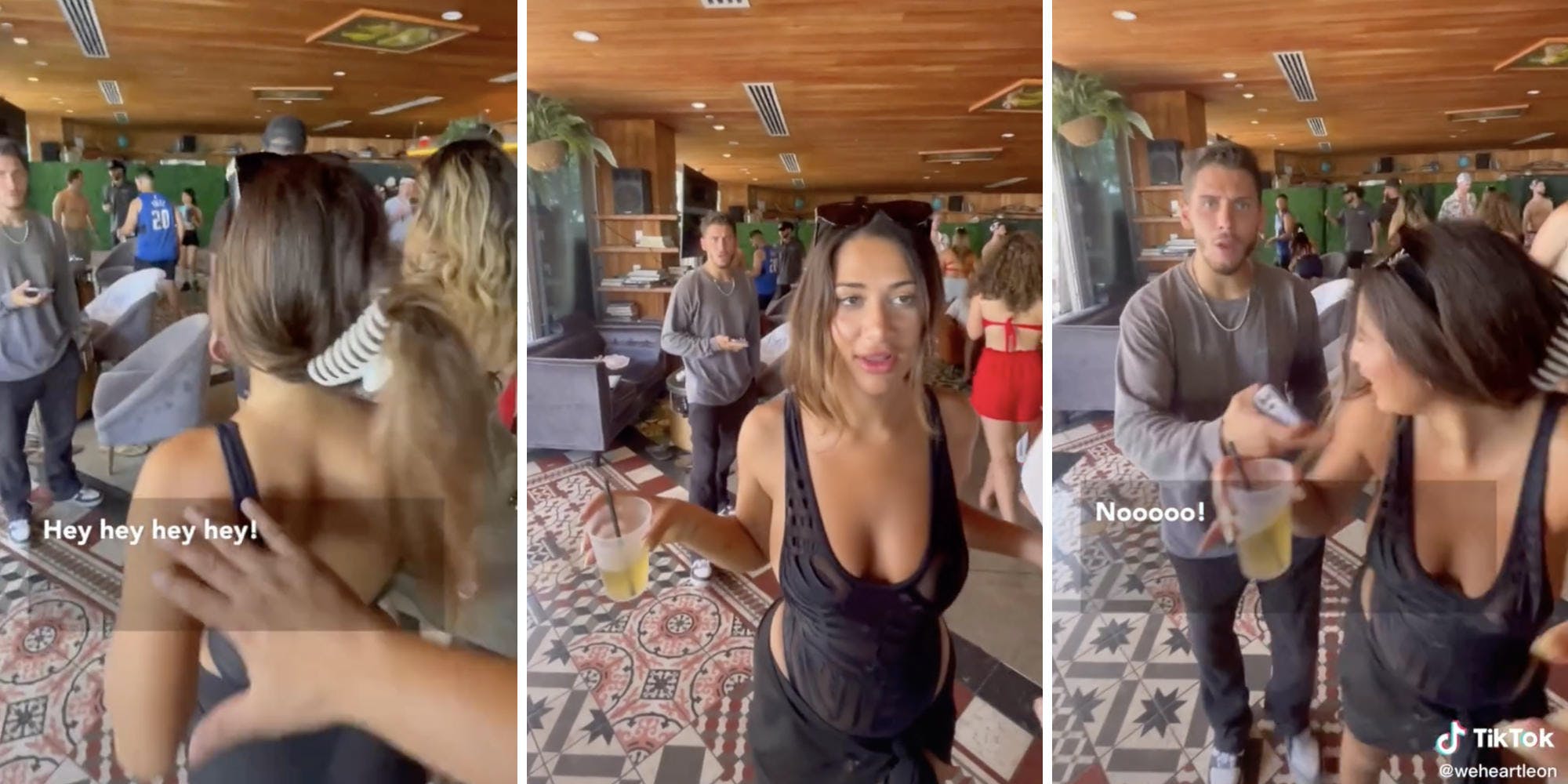 A man recorded his interaction asking a woman to buy him a drink, because he’d just gotten a divorce, and the woman’s boyfriend’s reaction sparked a debate in the comments section. Some felt he was being over-protective, while others felt his feelings were justified.

In the video, a man can be seen going up to a woman and saying, “Hey, hey, hey! I just got a divorce. Can you buy me a drink? I’m broke.” The woman quickly responds no, but as the man turns to leave, another man nudges her away from the creator. The audience can’t hear what he’s saying but he seems to say, “Hey! This is my girl, bro!” The caption of the video says, “I was asking for a drink, not her number.”

The video has over 5 million views since it was posted on Sunday and the creator wrote in a pinned comment that the woman ended up giving him her drink. The comments section, however, was split on who they should support. Someone noted that the way the creator got the woman’s attention was “aggressive,” while others left comments like “What’s that other dude’s problem?”

For those who were in defense of the boyfriend, they left comments like “Why do y’all call a man insecure when he defends his girl lol. It’s his girl what’s confusing about that?”

Those opposed said, “Bro allow your woman to handle that situation, if unable to, then respectfully intervene. A woman with class can handle that.”

The post ‘I’m broke’: Divorced man asks woman to buy him a drink. Her boyfriend steps in, sparking debate about if he was over-protective appeared first on The Daily Dot.