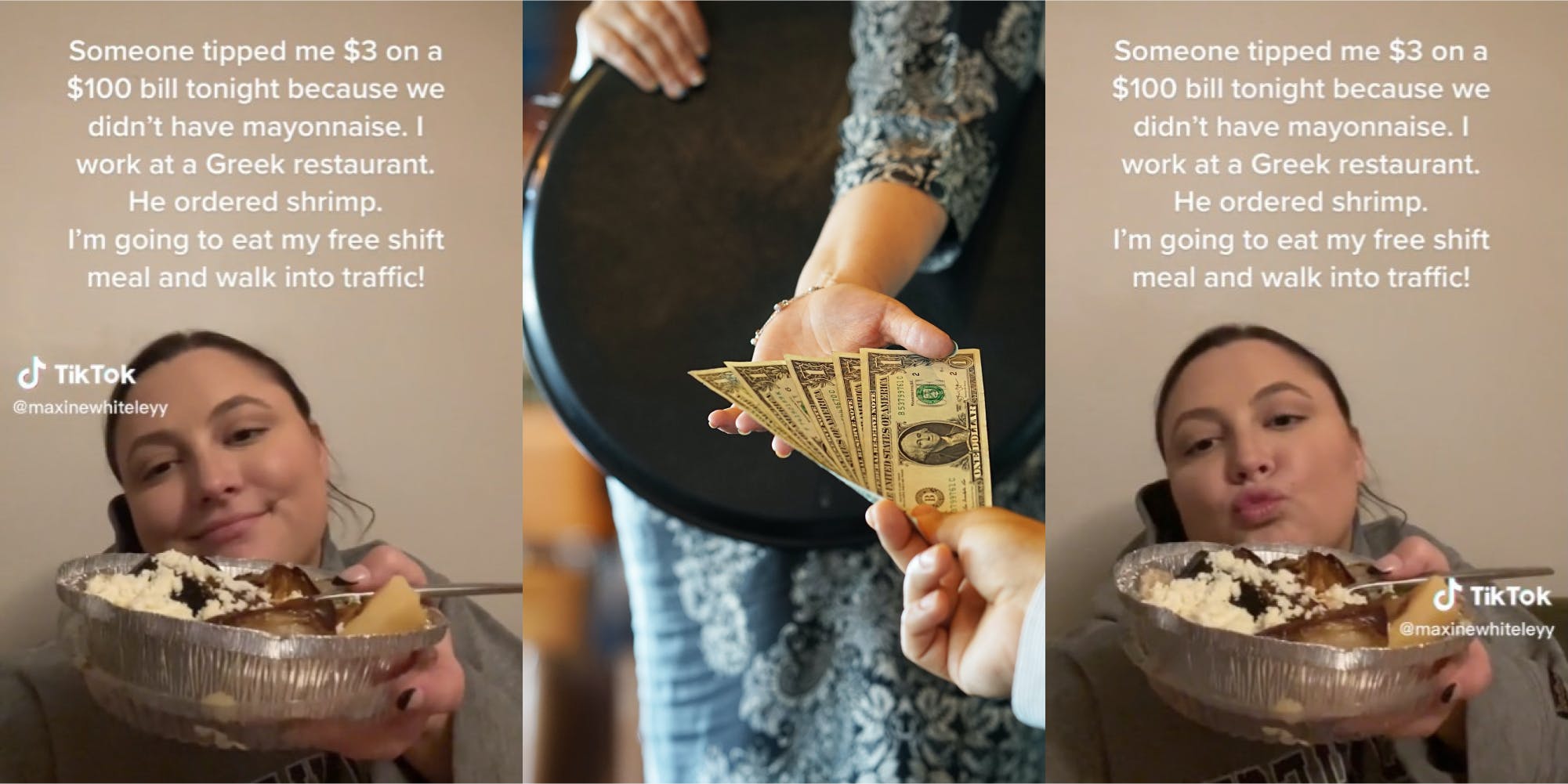 Bad tippers and rude customers are popular subjects on TikTok, where service industry employees often flock to share their negative experiences. A recent entry into the canon is a server at a Greek restaurant who says she was tipped only 3% because the restaurant did not have mayonnaise. Which the customer wanted for their shrimp.

“Someone tipped me $3 on a $100 bill tonight because we didn’t have mayonnaise,” a text overlay on the video reads. “I work at a Greek restaurant. He ordered shrimp. I’m going to eat my free shift meal and walk into traffic!”

“100% my fault,” she sarcastically added in the caption.

The video drew a slew of commenters who unfortunately can relate to having bad customers and being tipped poorly, often at the same time.

“Same vibe as people tipping me shitty at my bar/club because they didnt like the drink as if im not a server and the bartender,” another commenter wrote.

“Someone got mad bc Chipotle didn’t have ketchup or barbecue sauce once,” a commenter wrote.

Others criticized the young woman for complaining about the tip she was given—one person described it as “begging” for tips.

“Get mad at customer for not tipping > get mad at industry for exploiting workers,” one commenter wrote.

“Get a job where they actually pay you, and you won’t have to beg for tips,” another commenter wrote.

“Did you know that field workers don’t get any tips and deal with worse things?” a commenter wrote.

The Daily Dot has reached out to the poster via a contact form on her website but did not receive a response ahead of publication time.

The post ‘I’m going to walk into traffic!”‘ Server at a Greek restaurant says customer tipped 3% after he couldn’t get mayonnaise for his shrimp appeared first on The Daily Dot.

‘Wait, you can do that?’: Delta passengers serve themselves alcohol after plane delayed 5 hours
‘I wish I would’ve known’: UGG customer’s surprising PSA reveals how to get replacement boots
Advertisement