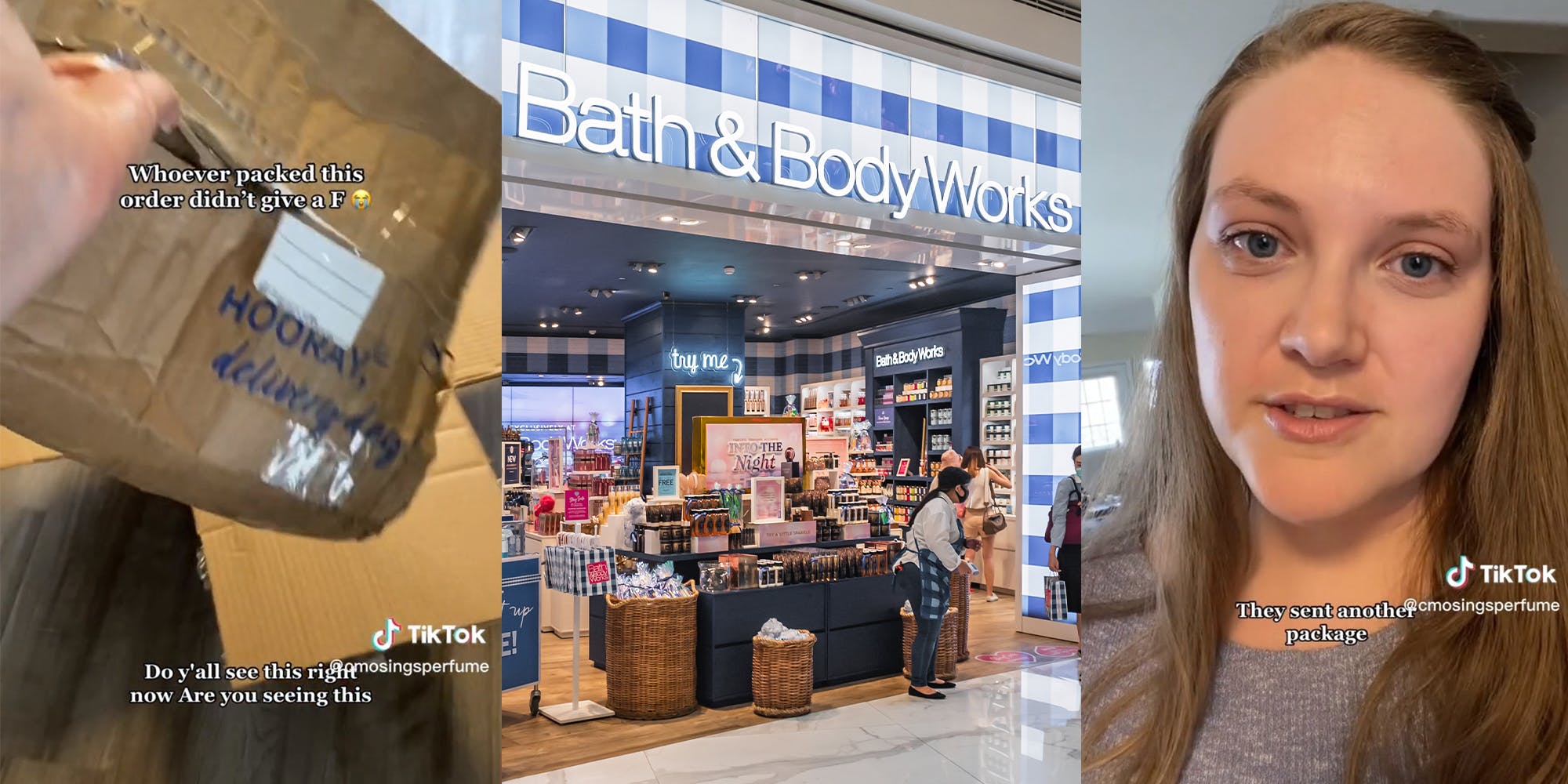 A user on TikTok has sparked discussion after claiming they are no longer ordering from Bath & Body Works due in large part to the delivery service they use, LaserShip.

In a video with over 10,000 views, TikTok user Courtney (@cmosingsperfume) documents numerous negative experiences she had while ordering from the company, including some packages going missing and others arriving damaged.

“Whoever packed this order didn’t give a F,” she writes in the text overlaying the video. She later says, “I’m just so confused. Who would pack a box like this?”

Courtney then lists other negative shipping experiences from Bath & Body Works before showing viewers the hand soaps she just ordered from the company, which arrived leaking. She explains how in October, she had her first negative experience with LaserShip after they never delivered her order. In December, LaserShip allegedly lost her package again, except this time she had to wait four days for Bath & Body Works to send her a replacement package. The replacement package was sent by UPS, she says, but it still arrived leaking after the hand soaps’ seals were broken.

On TrustPilot, LaserShip has an average rating of 1.2 out of 5 stars with over 470 reviews.

In the comments section, many users shared their own negative experiences ordering items shipped with LaserShip.

“Lasership threw my package on the side of the house. It was perfume from VS,” wrote one user. “I’m glad it didn’t break but I was mad as heck.”

“Lasership tried to deliver my package in another state,” another claimed.

“Lasership is the worst! I realized I hadn’t got my candles and checked and last week Lasership ship said it was damaged and undeliverable,” a third recalled.

“I did the online candle order and lasership said it was delivered BUT NOTHING WAS AT MY DOOR,” stated another user. “I was not happy.”

Some issues seem to revolve around Bath & Body Works’ packing style, which many users alleged was inadequate.

“I ordered candles last year and spent like $100+ and 3!! candles came completely broken, no bubble wrap or paper filler in the box at all,” a commenter shared.

For her part, Courtney says Bath & Body Works should both avoid the shipping company altogether and improve their packing procedures.

“They are worse than FedEx! I wish I had the option to choose which carrier, I would choose USPS or UPS,” she wrote in a comment. In another comment, she added, “I feel like B&BW could save themselves from customer service calls and reorders if they knew how to pack a box properly.”

We’ve reached out to Bath & Body Works, LaserShip, and Courtney via email.

The post ‘I’m just so confused. Who would pack a box like this?’: Woman shares ‘nightmare’ Bath & Body Works order experience after LaserShip botched delivery appeared first on The Daily Dot.

‘Still shocked this actually happened’: ‘Karen’ berates mother for not putting coat on her child, sparking debate
‘If they’re going to make a violation they better be right’: Woman says HOA harassed her family after wrongly accusing them of leaving out their trash bins
Advertisement