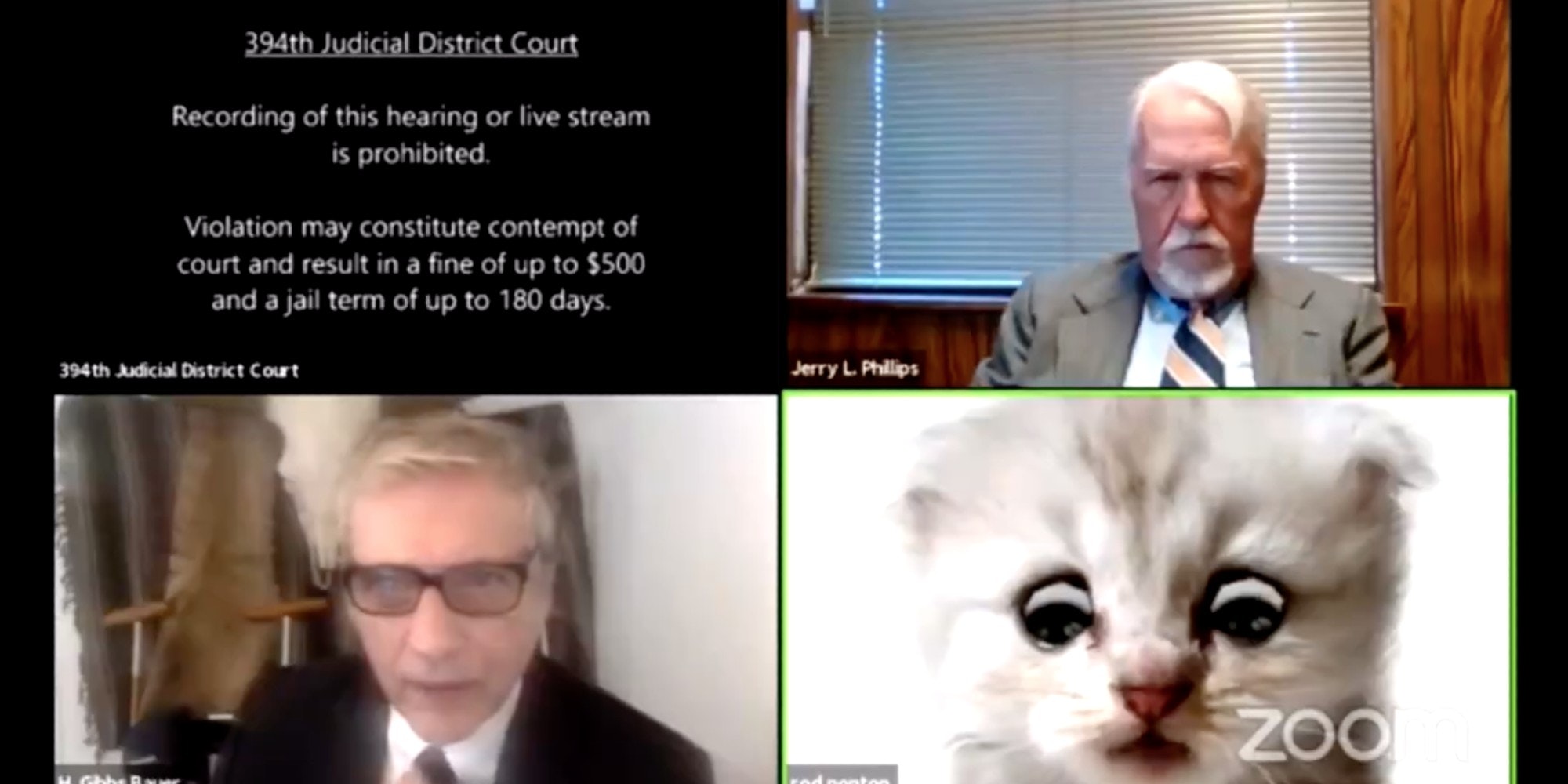 A lawyer in Texas became a viral sensation on Tuesday after accidentally activating a cat filter during a court hearing over Zoom.

Footage of the incident, which went viral on Twitter, shows attorney Rod Ponton struggling to deactivate the filter while appearing as a young feline.

Judge Roy B. Ferguson can be overheard attempting to help Ponton, to no avail.

“Mr. Ponton, I believe you have a filter turned on in your video settings,” Ferguson says.

In perhaps the best moment of the video, Ponton attempts to reassure the judge that he is in fact not a cat.

“I’ve got my assistant here, and she’s trying to remove it but uh… I’m prepared to go forward with it,” Ponton says. “I’m here live. I’m not a cat.”

The video has already been viewed more than 1.6 million times and counting.

In a statement to Vice, Ponton said the mistake happened after he opted to use his secretary’s computer.

“I was using her computer and for some reason she had that filter on. I took it off and replaced it with my face,” he said. “It was a case involving a man trying to exit the United States with contraband and contraband cash. All it was was a mistake. It was taken off and we had the hearing as normal.”

Ferguson even referenced the viral incident in a jovial tweet not long after.

“IMPORTANT ZOOM TIP: If a child used your computer, before you join a virtual hearing check the Zoom Video Options to be sure filters are off,” Ferguson tweeted. “This kitten just made a formal announcement on a case in the 394th (sound on).”

The incident is just one of a growing number of Zoom-related mishaps as millions of people across the globe find themselves working from home amid the coronavirus pandemic.