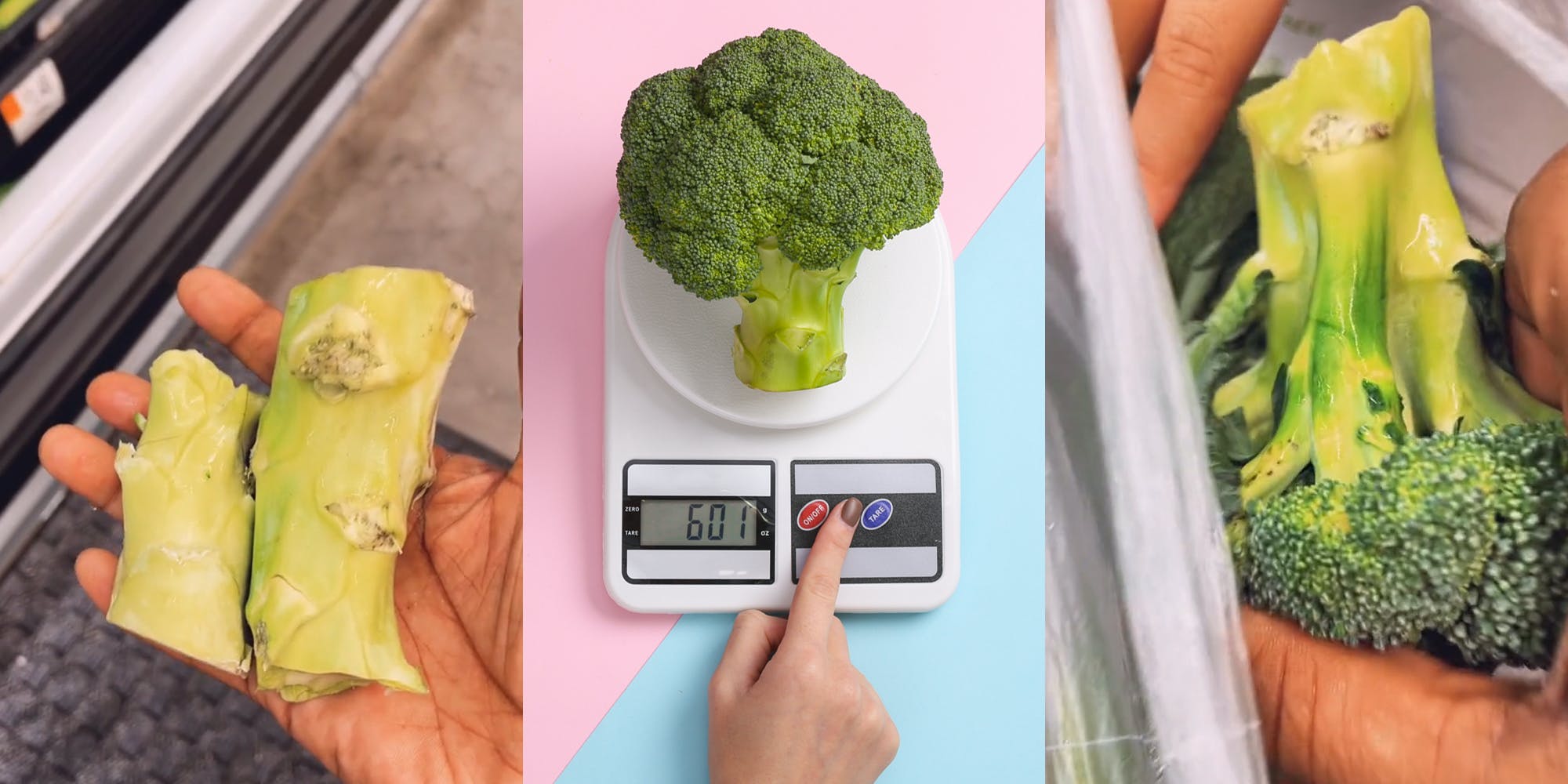 A TikToker’s recent claim that they cut the excess off their produce at the supermarket before weighing and paying for their food has some viewers up in arms.

In a video posted to the platform, user Meia (@mimicarter81) holds two large broccoli stems in her hands before throwing them back into a pile of produce.

“I am not paying for these,” Meia says. “I’m only going to pay for what I’m going to eat.” As of Wednesday, her video has received over 5.2 million views.

After receiving some pushback from viewers—some of whom called her a “cheapskate” or a “Karen”—Meia made a follow-up video explaining how she cuts and pays for produce.

Meia says that the broccoli stem was about 2 inches long before she cut it. “Sometimes when they’re that long, you can just break them off,” she says. Her method of cutting excess produce, however, typically includes using a pocket knife that she keeps in her pants. She clarifies in a comment that her “granny” taught her how to do this.

But her second video invited more pushback from viewers,

“I work in a grocery store and honestly it’s so rude for you to do that,” wrote one user. “At least throw them in the trash can. Why be a trash human?”

“It’s very entitled and dirty of you, honestly,” reads a second comment. “I can only imagine what other nasty stuff you leave for people to clean.”

Of course, not everyone was put off by Meia’s cost-saving method for buying produce. A few viewers wrote that they wanted to adopt her methods.

“I don’t know why I never thought of this,” reads a second comment.

“Ha… been doing that for years,” another viewer wrote.

The Daily Dot has reached out to Meia via TikTok comment.

The post ‘I’m only going to pay for what I’m going to eat’: Grocery store customer cuts off excess produce before weighing and paying appeared first on The Daily Dot.