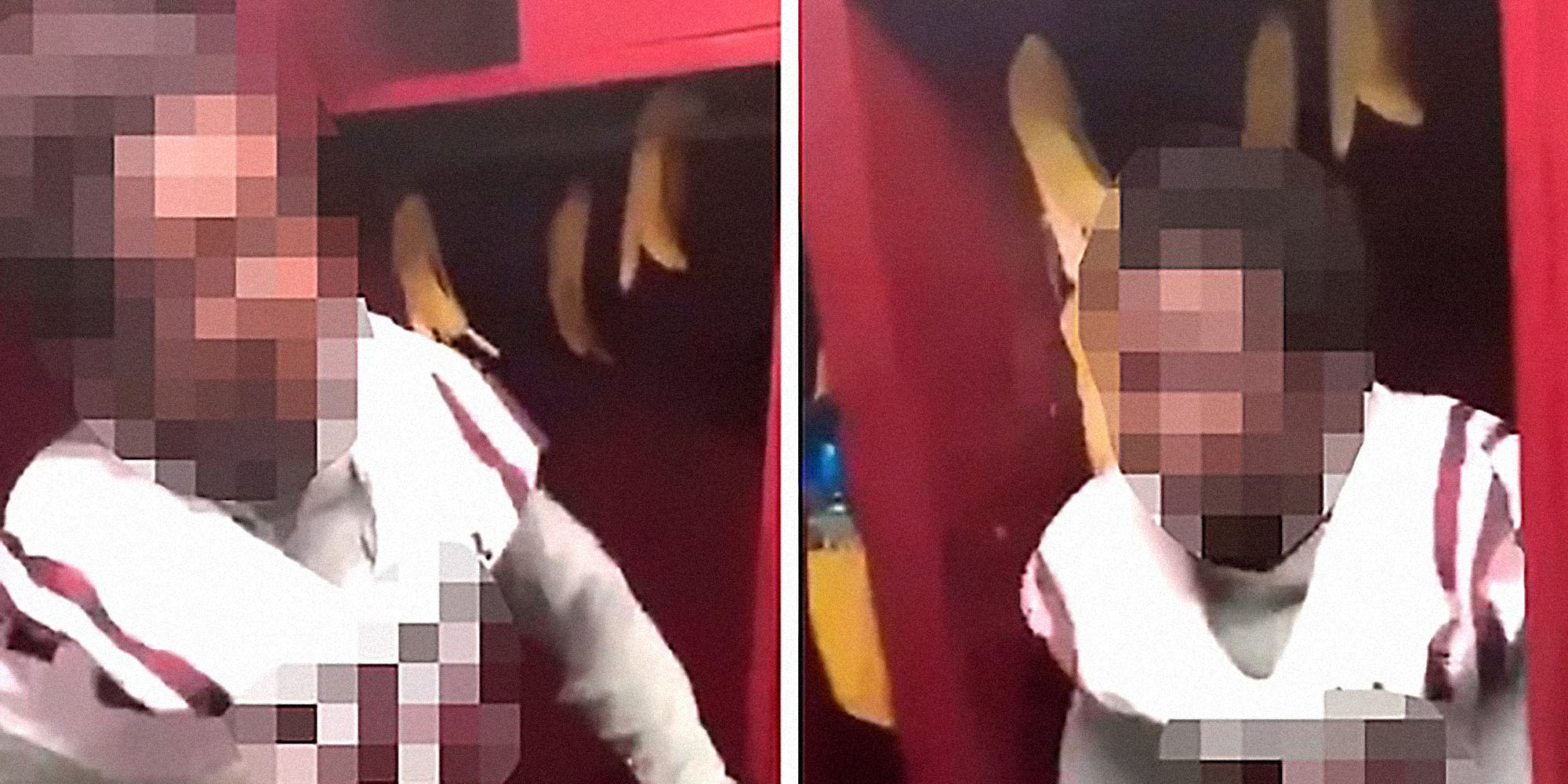 A video that shows a Black high school football player being forced by his friends to sit inside a locker filled with banana peels is causing outrage in the community and online.

The short clip shows an athletic locker containing a stool and banana peels strung across the top. The person recording tells a Black student, still dressed in full football uniform, to sit inside “or I’ll break both your knees.”

The reluctant-looking student sits down as others in the room cheer, and the video ends.

The incident took place at Moline High School in Illinois last week, and the video circulated online for 24 hours before the police got involved.

According to TMZ, police questioned the players involved and determined that they are all friends and “fellow high school football teammates,” and “of both different and similar races to the victim.”

“Regardless of these facts, we all agree that this is a disgusting way to treat a fellow teammate, a fellow human and most certainly a friend,” Police Chief Darren Gault said in a statement, per TMZ.

Sophomore Monti Miller said he received the video in a group chat with friends and reposted it publicly to share his disgust over the incident.

Another student at the school told the network that after watching what her peer was made to do in the locker room, she felt that “they treated him like an animal and that’s not OK.”

It was the second time in a week that Moline High School made national headlines.

Earlier this month, a teacher at the school was suspended after posting a sex tape of herself to Snapchat that was subsequently viewed by students at the school and ultimately reported to the principal. The teacher told investigators that she may have been hacked, and no charges were filed.

The post ‘I’m sick to my stomach’: Video shows Black student forced to sit in locker with banana peels appeared first on The Daily Dot.