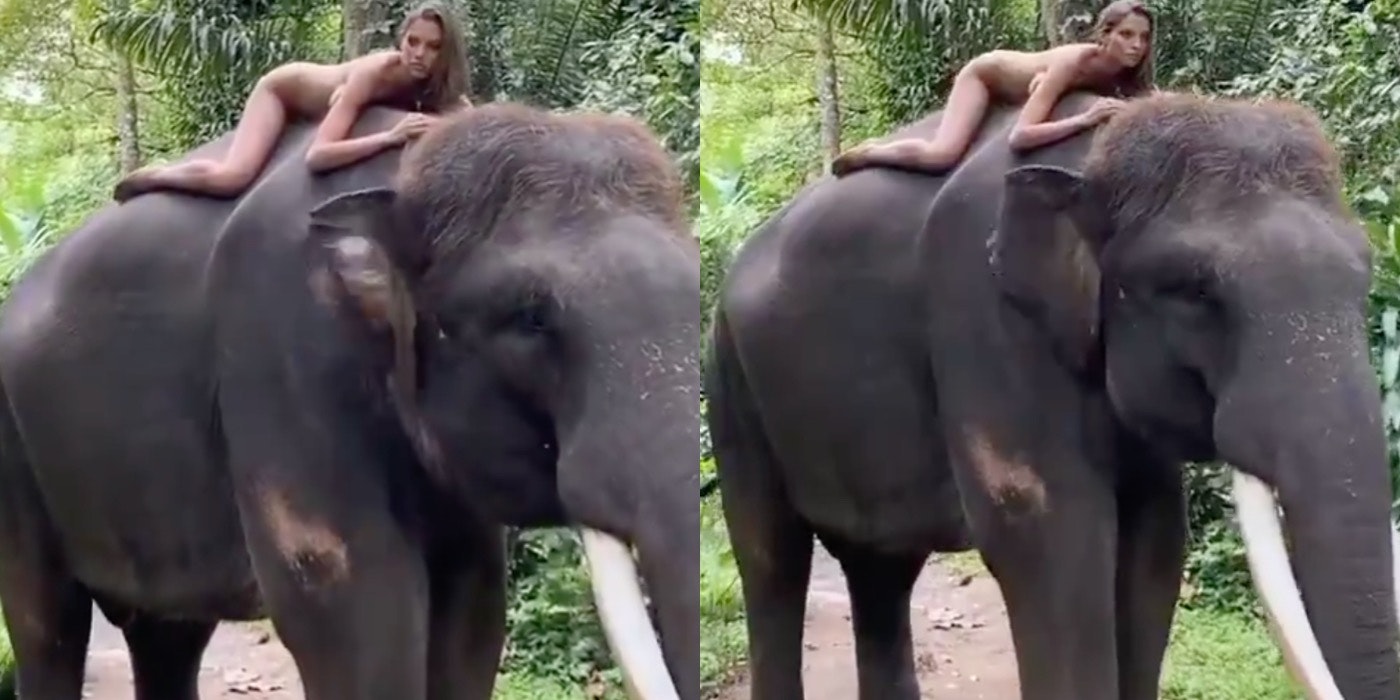 Animal lovers are slamming a Russian Instagram influencer for posing naked on top of an endangered elephant in Bali for a photoshoot. Model Alesya Kafelnikova, 22, has received criticism for her “insensitive” actions.

Per International Business Times, the IMG model is the daughter of Yevgeny Kafelnikov, former world No.1 tennis player who captured the 1996 French Open and the 1999 Australian Open.

Kafelnikova posted the image over the weekend. She has since deleted the post. However, the picture is circulating on social media and shows her posing nude with the elephant. Per IBT, one person commented on the original post: “Poor elephant. Aren’t you ashamed to lie naked on an elephant? This is a living creature. Money overshadows everything.”

According to IBT, London-based animal rights group Save the Asian Elephants called the photo “another tragic trivialization.” Bali tourism chief Putu Astawa told the outlet it would confirm the photo shoot’s exact location. The Sumatran elephant is “critically endangered” at less than 1,000 in the world.

After taking down the post, Kafelnikova posted a half-hearted mea culpa suggesting naysayers’ comments were unnecessary and that she did the shoot for charity.

“If someone does not know, I have been doing charity work for many years, and one of my last donations was financial support to animals and to local people in the village, in which I took these photos,” Kafelnikova wrote. “It is a pity that people see this as vulgarity and not as beauty and love for nature. I love animals; I love elephants! And I love Bali so so much! I hope each of you will awaken aesthetic love for my post and the beauty.

“It was a private photoshoot; I didn’t have a purpose to hurt the feelings of local people at all. We love Balinese culture and respect Indonesian rules. Please, sorry if you see something else in this.”