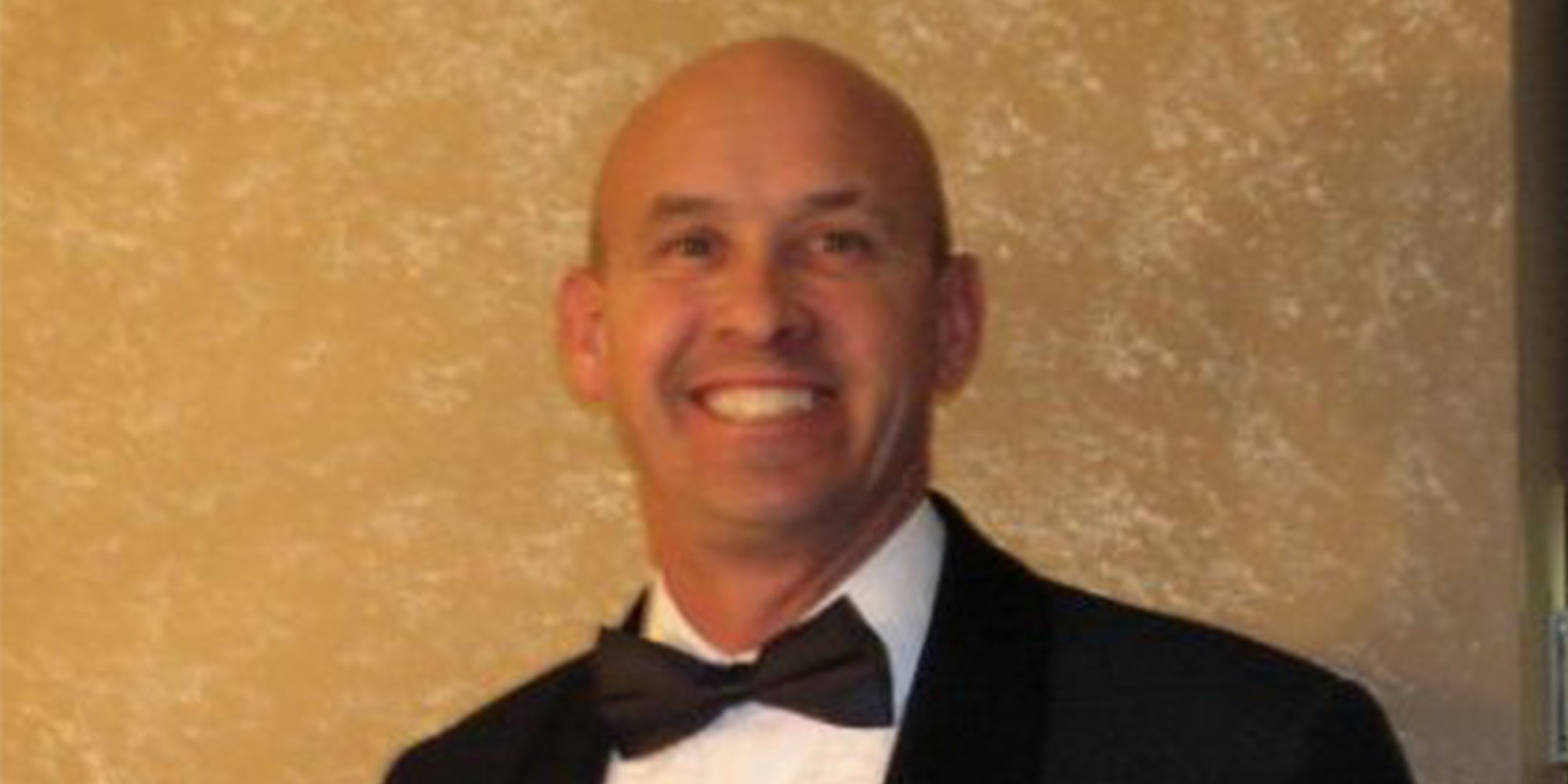 An Air Force veteran with decades of service may lead the Utah branch of the Oath Keepers. He may also belong to American Patriots Three Percent, one of the most prominent III Percenter (or III%ers) groups. Both are notorious far-right militias whose members have been arrested for their roles in the Capitol riots.

Atlanta Justice Alliance, a social justice organization that opposes fascism, provided the Daily Dot with an archived list of members of American Patriots Three Percent (AP III). A woman with Atlanta Justice Alliance who asked to be referred to as Ravin due to a Dec. 12 attack on the organization, purportedly by a Georgia branch of the III Percenters, told the Daily Dot that a member discovered the data during routine monitoring of the AP III website.

“It was obviously an accidental publishing by the AP III Percenters where they listed everybody’s name, everybody’s phone number and everybody’s email address,” Ravin said.

Ravin said they found Air Force Master Sergeant Andrew Holloway Selph II while combing through the data looking for people whose positions could potentially make them more of a threat. She called it “terrifying” that an experienced servicemember would be involved in extremist militias.

“He has probably incredible security clearance and he’s elbow to elbow with these guys,” Ravin said.

The Oath Keepers didn’t respond to an inquiry sent via the media contact feature on its website.

On Friday morning, Atlanta Justice Alliance tweeted, “Is it a conflict of interest to be a Master Sgt. for the @usairforce, while also being a III%er AND an Oath Keeper? Asking for science…and Andrew Holloway Selph II.”

Ravin said that after finding his name on the undated list, they ran a background check which turned up an archived website stating that Selph heads the Utah branch of the Oath Keepers. The branch’s profile is no longer on the Oath Keepers’ website, but an archived version from 2017 contains the same information. On that site, however, his name is spelled both as Seph and Selph. The middle name is the same and it notes the “II” in his name.

The same phone number, which has a Utah area code, is listed on each profile for Selph. On Friday afternoon, its outgoing message stated in a man’s voice, “Hello this is Andrew Selph. you’ve reached Selph Enterprises.” A LinkedIn profile for “MSgt Andrew Holloway Selph II” says he launched a company by that name in 2004. Its website appears to be defunct.

Selph’s email address in AP III’s records is with Reagan.com. In 2011, the Atlantic reported that Reagan.com described itself as the “first conservative email service” for those who “don’t want to support the ‘[President Barack] Obama, [Rep. Nancy] Pelosi [(D-Calif.)] and [former Senator Harry] Reid liberal agenda.'”

The LinkedIn page describes Selph as an “[o]utgoing self-confident Leader/Patriot who cares about Freedom, personal responsibility, sense of purpose.”

Members of right-wing militias often refer to themselves as “patriots.”

Selph did not answer questions about his alleged involvement in either group when reached before publication.

“How would you like to be sued?” he replied to an email sent to the address listed on archives from the Oath Keepers’ and AP III’s websites. “Doxing is a felony. Now that I have your info I can just forward to my lawyer!”

He continued, “I highly suggest you destroy all my information and not publish it. If anyone shows up to my house and threatens my family in any way I assure you that I will hold you totally responsible.”

The LinkedIn profile says Selph has been in the Air Force for 20 years. A 2008 article on the Air Force’s website includes a photo of an Andrew Selph, who’s described as “a crew chief with the 571st Aircraft Maintenance Squadron.”

An Air Force master sergeant is a senior non-commissioned officer (SNCO) who functions as a craftsmen while serving in a leadership position. Per Military.com, “SNCOs are expected to set the highest standards of personal integrity, loyalty, leadership, dedication, and devotion to duty including upholding Air Force policies, traditions, and standards.”

On MyMilitia.com, a profile for Selph that appears on a Google search describes him a “the UT Director Oathkeepers.”

Last year, Selph told KTalk Media that he retired from the Air Force in 2019. He said he remained employed by the Department of Defense, performing many of the same tasks that he had during his decades of service at Hill Air Force Base, where the 571st Aircraft Maintenance Squadron is located in Utah.

In his interview, he said he worked on top-secret spy planes, including
“SR-71s and U2s,” while he was with the “strategic reconnaissance wing.”

Selph told the show that he joined the Oath Keepers three years prior out of a desire to serve the community. He added that he was inspired to join because he’d “seen a lot of things happen in the United States that I think goes against the Constitution.” He described the group’s activities as preparing for and serving during emergencies such as civil unrest and natural disasters.

He claimed to have been personally vetted by the Oath Keepers’ founder, Stewart Rhodes. “He gave me a very in-depth interview and basically asked me to be the chapter director for the state of Utah,” Selph said.

He also said that he co-founded a coalition of militias, whose affiliates include the III Percent Originals and American Patriots III Percent group.

The Oath Keepers describes itself as “a non-partisan association of current and formerly serving military, police, and first responders, who pledge to fulfill the oath all military and police take to ‘defend the Constitution against all enemies, foreign and domestic.’”

Last year, Atlantic journalist Mike Giglio told NPR’s Fresh Air that of the 25,000 members the group listed in its records from 2009-2015, two-thirds had military or law enforcement experience. Ten percent were active duty.

Also last year, a Utah television station reported that the state branch denied being a militia or paramilitary group, describing itself instead as “an aid to constitutional law enforcement in the time of crisis.” It also reportedly said that it doesn’t condone or tolerate violence.

Yale University-educated attorney Rhodes, a former aide to Ron Paul, launched the Oath Keepers in 2009 to “resist” the Obama administration, Mother Jones reports. Rhodes created the group to prepare for the day martial law would be declared and to resist tyrannical government. That’s increasingly turned to calls for civil war in recent years.

On Dec. 12, Rhodes urged President Donald Trump to invoke the Insurrection Act, warning that if he didn’t, there would be a “much more bloody war,” Right Wing Watch reports.

Although the Oath Keepers profess to be law-abiding, members have been arrested for actions allegedly carried out in furtherance of its mission. Many now describe it as anti-government.

Trump’s trial in the Senate this week featured evidence that some Oath Keepers planned a violent, coordinated assault on the Capitol on Jan. 6 in the hopes of overturning the election results.

There’s no evidence that Selph attended the Capitol riots, nor is it clear whether he is currently involved with the Oath Keepers.

Court documents have reportedly referred to Rhodes’ role in stoking the rage that led to the attack, the New York Times reports, which could indicate he’s the subject of an investigation. He has not been charged. Three members of the group have been arrested for their roles in the failed insurrection. The charges are among the most serious to result from the insurrection attempt, the Times reports. Law enforcement says the trio discussed bringing “heavy weapons” into Washington, D.C., and trained for “urban warfare.”

Members of the III Percenters have also been arrested for their alleged roles in the riots. Ravin said that the III Percenter who led the attack against them in December was specifically mentioned in Trump’s trial.

Right-wing militias have a well-earned reputation for attracting people with military experience. The focus on weapons, war, and defending the country against enemies, real and imagined, foreign or domestic, is a common thread between the two; as is the focus on order and chain of command.

The events of Jan. 6 have made some question the wisdom of the military tolerating membership in such groups. More than a dozen current or former military have been charged with crimes associated with the the Capitol riots.

Based in part on the riots, Military.com reported on Feb. 6 that the Pentagon is now considering more broadly banning membership in extremist or supremacist groups. It’s not clear that it will ultimately revise the regulations.

“Membership is not considered inconsistent with service in the military,” a Pentagon spokesperson told reporters. “It is really about what you do with that membership.”

Ravin is among those who sees membership in organizations like the Oath Keepers and III Percenters as utterly incompatible with military service.

“It’s either negligent oversight or willful ignorance that the military would allow dual alliances with these groups,” she said.

The post Is a branch of the pro-insurrection Oathkeepers run by this Air Force master sergeant? appeared first on The Daily Dot.