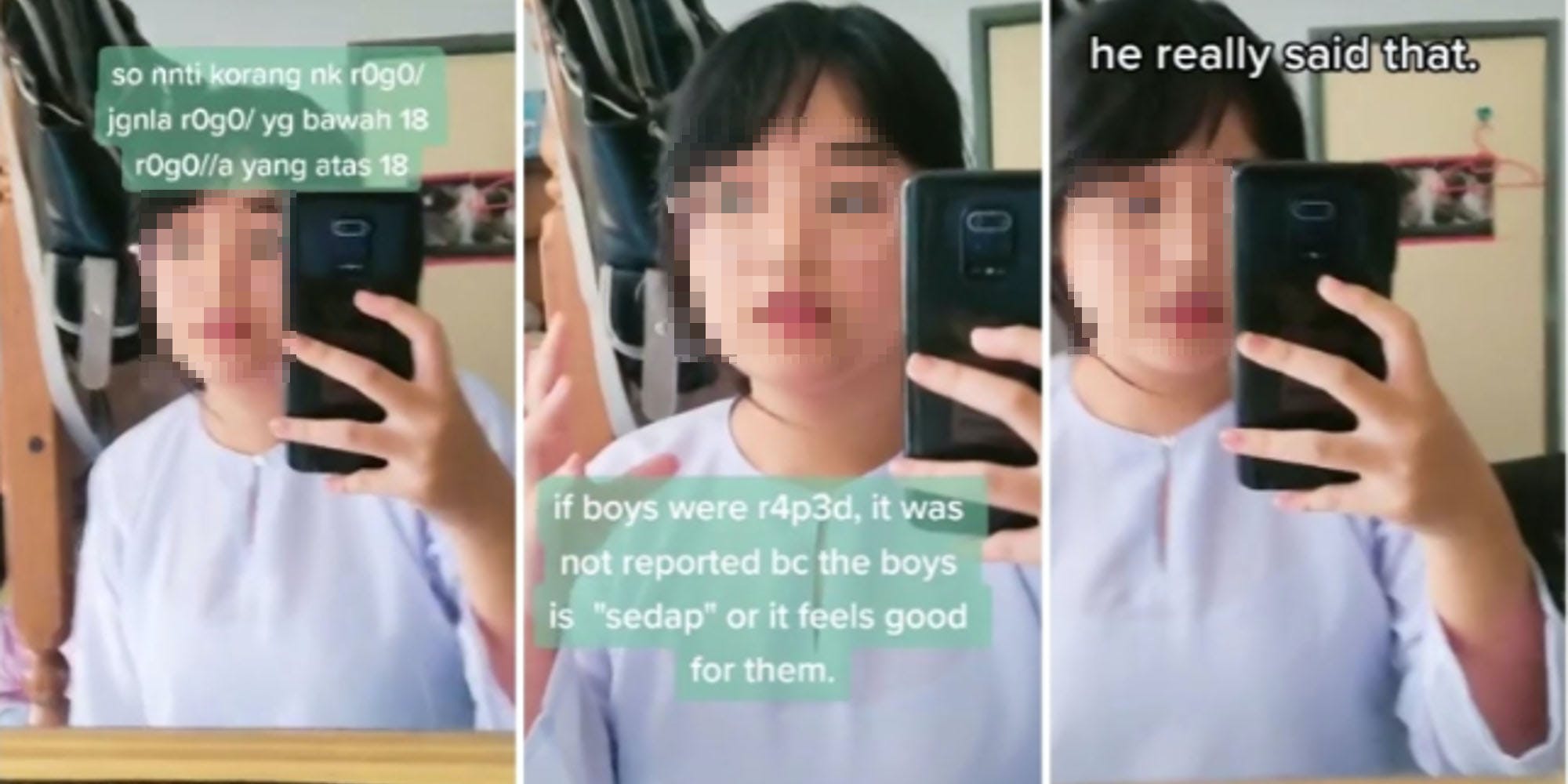 A high school student bravely posted a TikTok exposing a teacher for making rape jokes in the classroom. She then faced rape threats herself.

The story comes out of Kuala Selangor, Malaysia, involving a 17-year-old student who called attention to rape jokes a teacher allegedly made.

The TikToker, posting from her @ant33ater account, has drawn nearly a million views in the three days since it’s been on the platform.

She started off by saying a male teacher was talking to her class about sexual harassment, initially making jokes that she didn’t find troublesome. However, things took a turn for the worse.

“But slowly the jokes were getting weirder and more men were talking about how there’s a lot of laws protecting minors from sexual abuse or sexual harassment,” she relayed in the TikTok.

She then quoted her teacher in Malay. Malaysian news site Coconuts translated the quote to “If you want to rape someone, don’t rape those who are below 18, rape those above 18.”

“He really said that,” she exclaimed in English, before going on to note that the boys laughed while the girls remained silent.

According to her, the teacher also attempted another joke: “He even joked about how boys, if they get raped, it doesn’t get reported because it feels good for them.”

Another Malaysian publication, Says.com, noted that “several politicians and public figures have shown support for the 17-year-old, urging for action to be taken against the teacher.”

These public figures included Malaysian politician Kasthuri Patto, who noted on Facebook that “in light of a student’s exposé of how her teacher normalised rape culture and sexual grooming,” national leaders, including the Prime Minister, Minister for Education, and Minister for Women, Family and Community Development needed to address the issue.

The teenager also posted on her Twitter account (@ant33ater) on Sunday to share an update about receiving “a rape threat from one of my male schoolmates at school,” adding, “I cried.” She then followed up with a TikTok in which she discusses the threat.

“Boys like him are exactly the reason I continue my fight,” she tweeted, adding, “Teachers that continuously ‘infect’ those kind of mindset into boys need to be purged from our education system.”

Later in the thread, she shared audio of the rape threat, attaching a trigger warning and prefacing it by noting, “You guys haven’t even heard how horrendous the audio that the boy made towards me.”

She also attached the #MakeSchoolASaferPlace hashtag to it, attracting supporters to her cause and encouraging a dialogue around the issue.

Coconuts reported that as of Monday, 50,000 tweets had been posted with her hashtag #MakeSchoolASaferPlace. The tweets of famous Malaysians, including actress Sharifah Amani and former education minister Maszlee Malik, were among the posts.

“This experience is entirely new to [her], but she remains in high spirits and is determined to raise awareness around issues such as these,” her father told Coconuts regarding the threats. “I am concerned about my daughter, but hopefully, it will all be OK.”

Coconuts noted that two police reports have been filed in connection with the threats.

The post ‘It feels good for them’: TikToker exposes teacher for making rape ‘jokes’ to students appeared first on The Daily Dot.