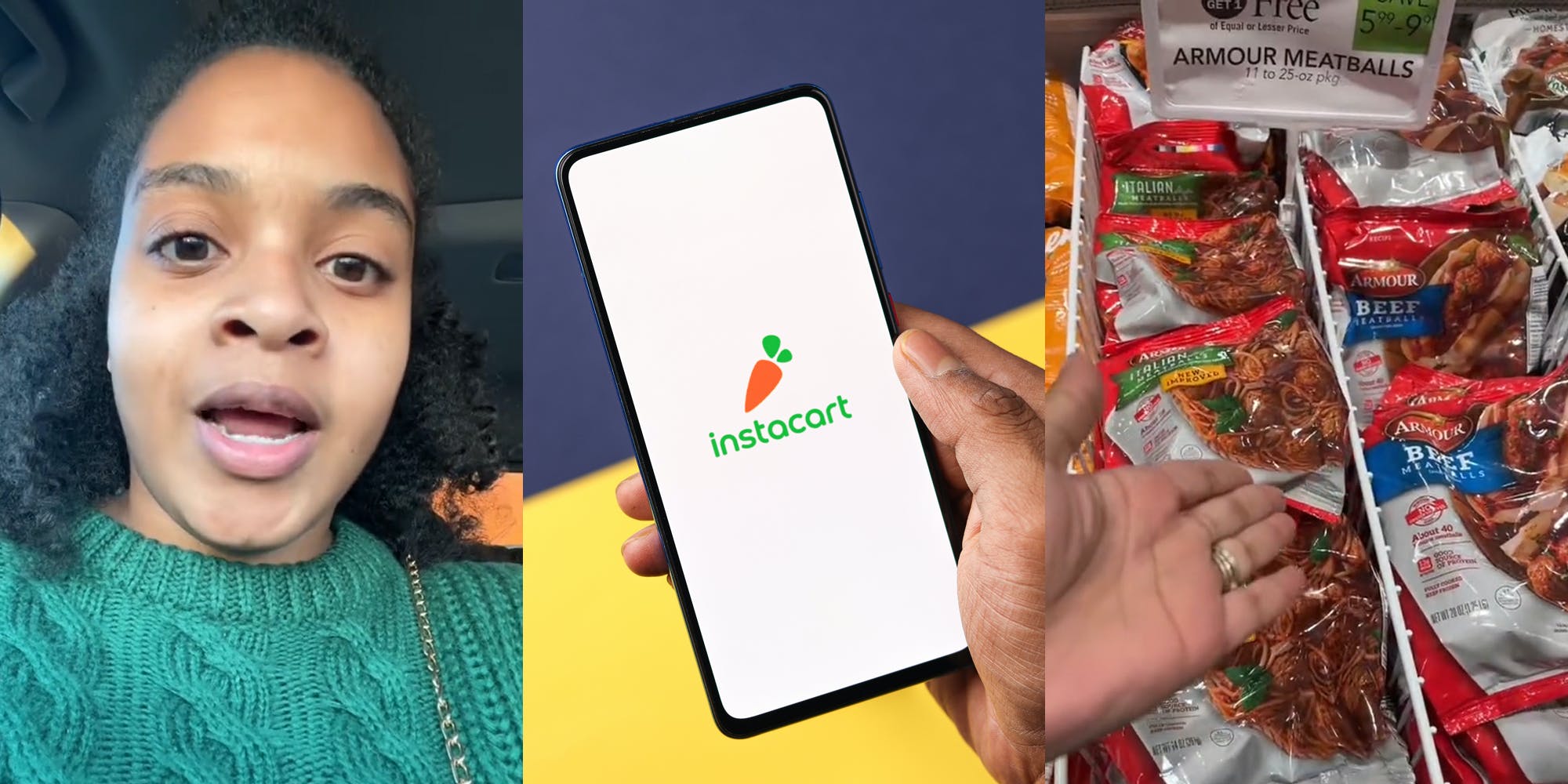 TikTokers are raising the red flag when it comes to male Instacart shoppers. Several creators have voiced their issues with Instacart shoppers who refund their ordered items rather than look for them—and they say men are regularly the culprits.

User @lifewithkimb initially made waves by sharing her frustration with the grocery delivery service, claiming that repeatedly when a man is assigned to do her shopping, they either replace or refund several items she’s ordered.

“I’m so serious when I say that men do not take this job seriously because they see grocery shopping as a ‘female’/‘woman’s’ job and not something they should be doing, which shows VERY CLEARLY EVERYTIME I get an order with a male shopper!!” she wrote in the caption of her video.

@lifewithkimb I probably spent $110 on this order and I’m barely getting any of the things I asked for. My grocery items were $77 and then with fees it went up to $110 and yet I can’t get decent service 🙃🙃🙃🙃🙃 I’m so serious when I say that men do not take this job seriously because they see grocery shopping as a “female”/“woman’s” job and not something they should be doing, which shows VERY CLEARLY EVERYTIME I get an order with a male shopper!! This is exactly why I cancelled my instacart+ membership!!! Now I’ll have to refund my order + complain bc my shopper literally doesn’t care I use this service bc as an autistic person w an autistic kid going into grocery stores is HELL for us and this is one of the ways to get around that so we can still have home cooked meals ☹️☹️☹️ #instacart #instacartshopper #autismmom #autisticmon #autizzy #disabilityservices ♬ Monkeys Spinning Monkeys – Kevin MacLeod & Kevin The Monkey

And while this may seem like generalizing on the surface, according to fellow users on the platform, her experience hardly seems to be unique.

To illustrate her point, she says she had a shopper the night before refund her request for frozen meatballs, and then refund her timely request for a substitute brand, leaving her to wonder if he just hadn’t wanted to bother looking for them at all.

So Briana drove to the same grocery store the following day and actually filmed herself looking directly at bins filled with frozen meatballs, fully stocked up.

“It just so happens that somebody was stocking in that area and I asked them, ‘Hey, were these meatballs out of stock yesterday?’ She said, ‘No. The meatballs were definitely in stock yesterday,’” the TikToker added. “And now I’m going to have to be a Karen and go reduce his rating and his tip.”

Viewers of both videos claimed to have had similar frustrating experiences, specifically with male Instacart shoppers.

“This! In the middle of him shopping and refunding most of my items I called Instacart and asked for a new shopper,” wrote @hellogoodbyee2. “Guess what. The new shopper found almost everything and you guessed it, it was a woman.”

“I’m an Instacart shopper and seeing some of these guys in the store is rough, they act like they’ve never went grocery shopping before,” @kristinecasey7 added.

Another viewer wrote, “this girl posted that a guy got her a white onion as an alternative to a GREEN APPLE, it’s gotta be on purpose at this point.”

“I ordered pads and he brought me Incontinence diapers,” shared @misslillianvance. “I know they work but he didn’t put any effort to find pads at WALGREENS.”

Another viewer directed people to the Instacart subreddit, where they claimed, “it’s always guys talking about how they take orders and just refund everything they don’t want to look for.”

“Literally saw a guy say he took a 4 item order and just refunded all the items to get the pay,” they wrote.

Despite Instacart’s boom during the early days of the pandemic, frustration with the level of service received relative to the cost may very well be contributing to the struggle it’s faced this year.

The Daily Dot has reached out to @lifewithkimb via TikTok comment and @thebloomingbabe via email.

The post ‘It feels like weaponized incompetence’: Instacart customer claims male shopper lied about meatballs being out of stock appeared first on The Daily Dot.