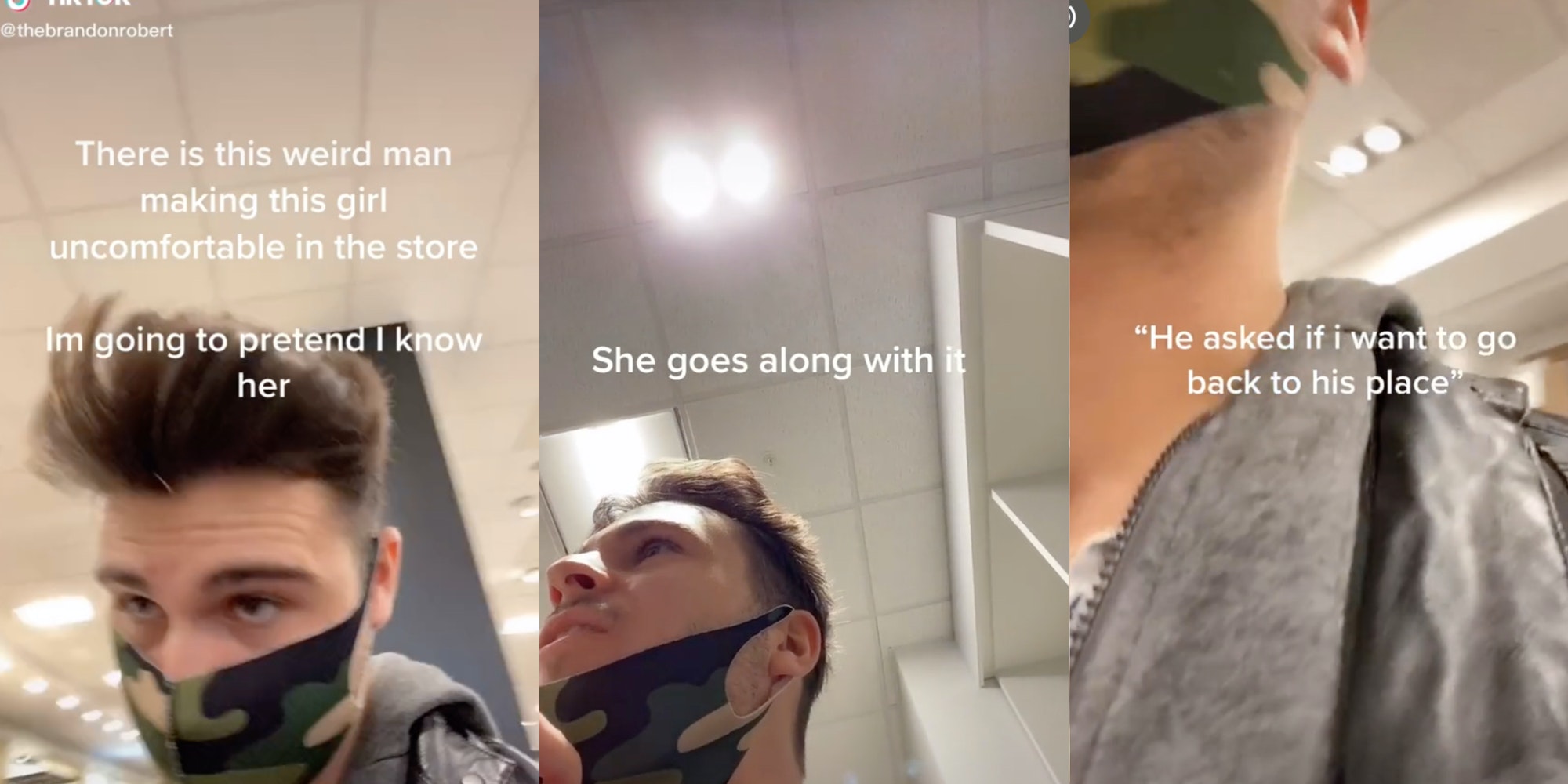 A popular TikTok user filmed himself reportedly rescuing a teen girl from a man—then uploaded the video as a PSA.

The video—which has over 11 million likes—shows the TikToker stepping in to help a stranger who is getting hit on by another man. The girl is not shown, but it’s implied she’s in an uncomfortable position.

“You could tell just by her face she was quite frightened,” the TikToker, Brandon Robert, told In The Know.

“At first I was a little scared by his behavior, so for my safety, I pulled out my camera as most people do in odd situations,” Robert said. “Thankfully the man didn’t try to talk or touch me.”

“My aunt is here. Do you want to—,” Robert asks, giving the girl an out to leave.

Later, as the two walk away, the girl thanks Robert. She claims the man asked her whether she wanted to go back to his place.

“It was so creepy,” she said. “Thank you for helping me.”

Robert told In The Know that he walked the girl out of the store and to her car. He explained that he thought recording the video would show “that these things do happen and how people can help.”

The post ‘It was so creepy’: TikToker films himself saving teen from man at mall appeared first on The Daily Dot.