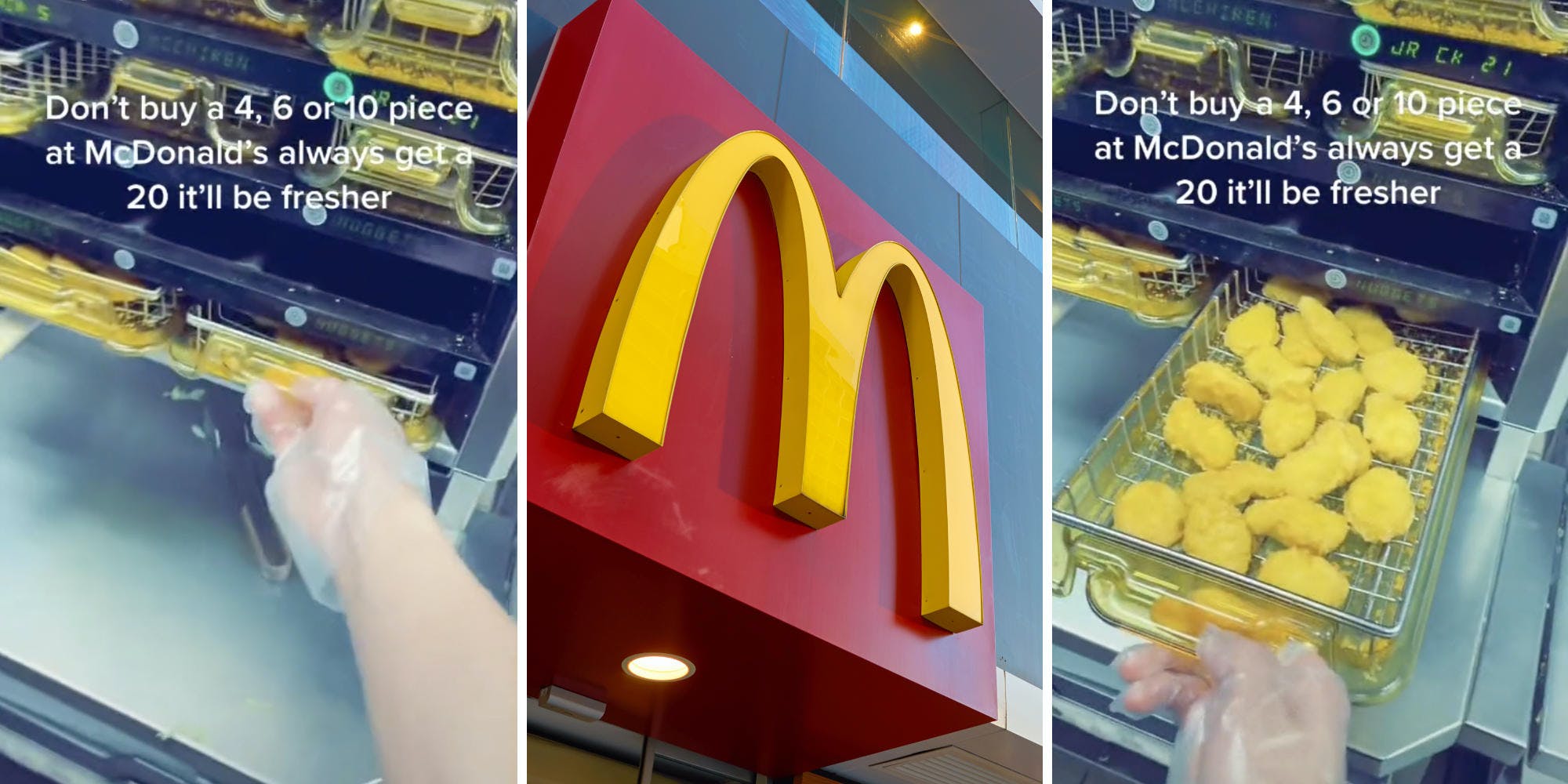 A McDonald’s worker shared on TikTok that customers should never buy a 4-, 6- or 10-piece order of McNuggets. That’s because if you order a 20-piece, the nuggets will be fresher.

The worker (@nicaraguanjesus on TikTok) frequently posts about their job at McDonald’s and has about 6,600 followers on the social media platform.

The TikToker doesn’t elaborate why a 20-piece order of nuggets would be fresher than a smaller order, but some viewers seem to trust the hack regardless.

“That’s true tho,” one viewer commented on the video.

It stands to reason that if you order 20 nuggets at once, the high count will mean it’s more likely that McDonald’s workers need to re-up and make a fresher batch to satisfy the order. Some viewers didn’t quite agree.

“wrong. its never fresher when ordering the 20 piece. we order them all the time and you can tell theyve been sitting a while,” one TikTok user said.

Multiple viewers encouraged others to just ask for the nuggets fresh, saying that McDonald’s makes them fresh to order when requested. Other viewers were skeptical that any McDonald’s item, even a 20-piece McNuggets can truly be called “fresh.”

“just don’t go to McDonald’s if you want something fresh lol,” one user said.

“There is nothing fresh at McDonalds. Over-processed garbage that they pass off as food to the public,” another user wrote.

One user claimed that “fresh” just means McDonald’s workers put the old nuggets back in the fryer.

The Daily Dot reached out to user @nicaraguanjesus via TikTok comment and to McDonald’s via press email.

The post ‘It’ll be fresher’: McDonald’s worker reveals why you shouldn’t order 4, 6, or 10-piece nuggets, sparking debate appeared first on The Daily Dot.