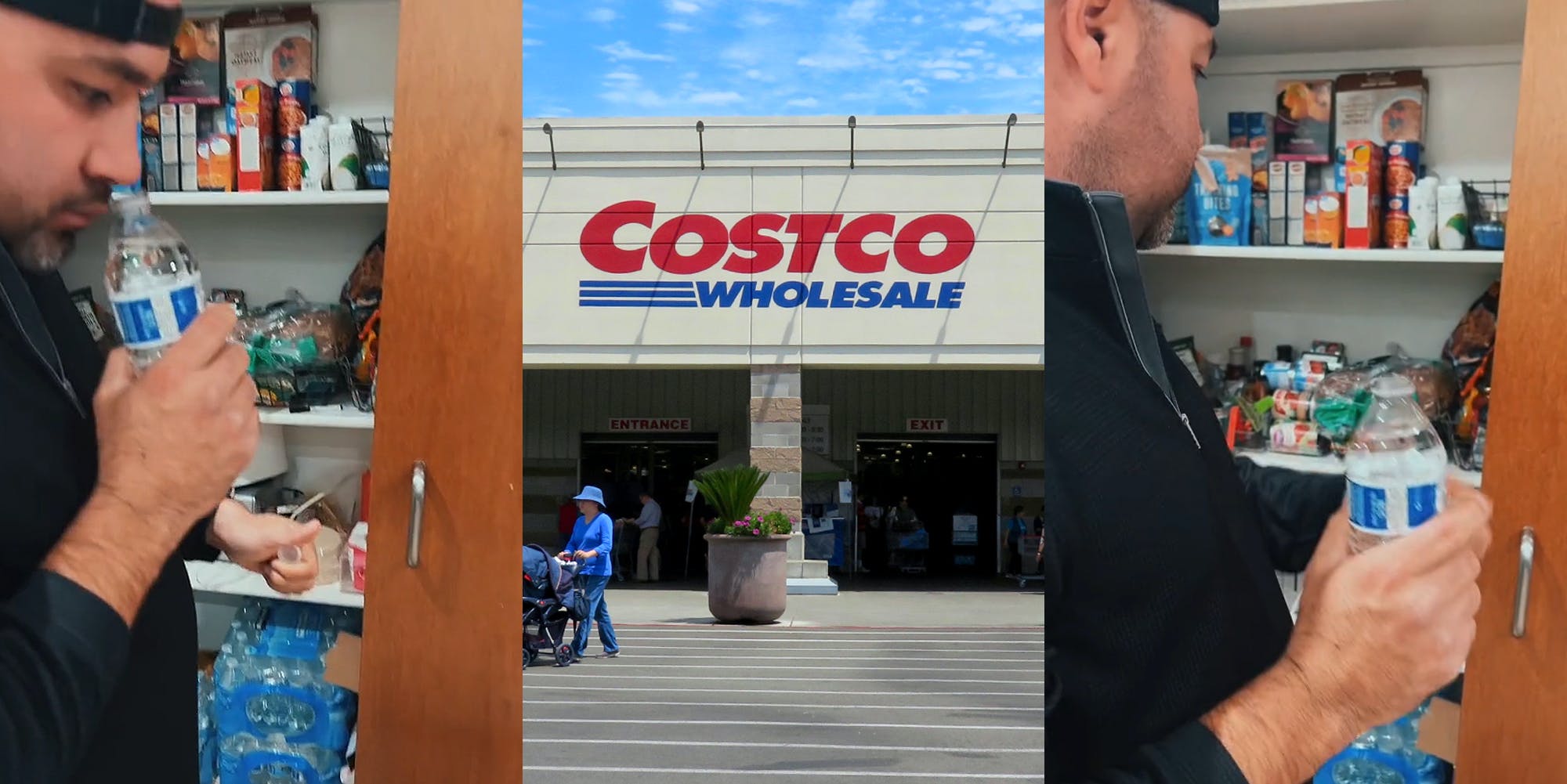 In a series of viral videos, TikTok user Claudia (@quantum.jedi) shared that her water from Costco smelled like wet dog and asked if other users had the same issue. Some users agreed, causing alarm in the comments section.

“What’s going on @costco? The [smell] burns your nose,” Claudia writes in the caption.

In the video, Claudia’s husband opens a new water bottle from one of the packages the couple recently bought. After sniffing it, he quickly pulls it away and confirms that the smell is similar to a wet dog’s.

“Anyone else having this problem?” Claudia asks.

Users were divided in the comments section, but many confirmed that their water also smelled strange.

“Yes it’s been making me sick this week!! And mine does smell too. I’m in Cali,” one user commented.

“THIS. I’VE SMELT THIS BEFORE omfg I knew I wasn’t crazy,” another wrote.

“I stopped buying Costco water since the smell and taste changed switched to a different brand,” a third user commented. The brand Claudia showed in the video is Costco’s label Kirkland Signature.

Claudia also responded to a user who said they have never had issues with the brand.

“I’ve bought @Costco Wholesale water for years. Didn’t have a problem until this. Definitely will stop buying it until they look into this,” she wrote.

According to Quench, “common reasons why your water may smell like a damp dog may include concentrations of metal in your pipes, organisms and/or bacteria, chemicals used to remove certain organisms, or environmental contaminants based on where you live.” It is unclear what is causing the smell in the Kirkland water bottles.

The Daily Dot reached out to Costco via email and to Claudia via Instagram direct message.

The post ‘It’s been making me sick this week!!’: Customers claim Costco bottled water ‘smells like dog’ appeared first on The Daily Dot.

‘Collect your check. That’s on them!’: Worker says he still doesn’t know what he’s doing 4 months into the job
‘I really wasn’t expecting this’: Popular server on TikTok says he was fired after woman tried to fight him, table walked out without paying
Advertisement