‘It’s literally become a free-for-all’: TikToker says security had ‘given up’ at BTS concert, did not check bags or tickets – Nogagames 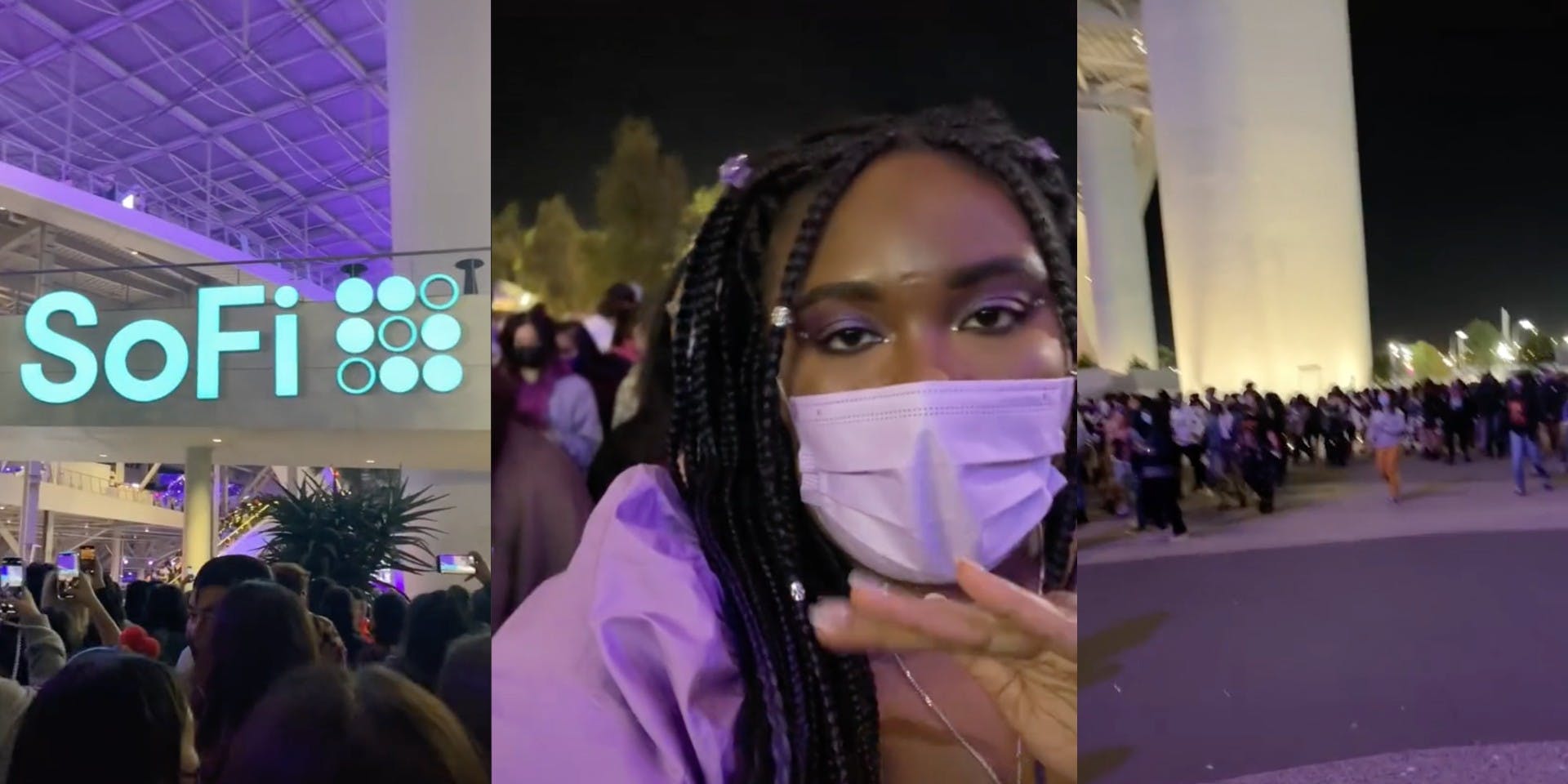 In a viral TikTok posted Nov. 28, a BTS concertgoer alleged that SoFi stadium security gave up checking tickets and doing security checks, instead allowing everyone in for a chaotic “free-for-all.”

The video shot by TikToker and small business owner Neneh (@heyneneh) shows masses of people walking into the Los Angeles-area venue. Neneh says someone in the crowd shouted that security is “not checking bags and they don’t care what ticket you have” and the crowd went wild.

The video comes weeks after the global shock of the events during Astroworld, which caused the deaths of 10 people and injured and traumatized dozens more. In the video, Neneh brought up concerns about SoFi stadium’s security following the aftermath of Astroworld.

“This is so scary… it’s literally become a free-for-all,” Neneh says.

About halfway through the TikTok, Neneh walk straight through the security scanners, repeating that “security has given up” and “they’re not checking bags.” Multiple security guards dressed in blue are seen standing around, not doing anything. One shouts, “Be careful ladies.”

The TikTok has more than 1.9 million views and was posted with the caption, “Apparently there was no need to spend hundreds of dollars on tickets because they just let everyone in from the street. I can’t believe what I witnessed.”

In a follow-up video, BTS stan Neneh, who owns a KPOP shop, replied to a comment asking why she went further into an event she was scared of. She explained that she’d spent a lot of money for tickets and a flight from the United Kingdom to California. She also said there was no way to predict that security would be so lax.

“Anyone could have entered the show with any kind of weapon which America is full of a specific type of weapon,” she said while making gun gesture with her fingers. “Also, people got in without tickets which means potentially the venue was overbooked.”

Neneh briefly likened the event to Astroworld, but clarified that she wasn’t comparing the festival to the BTS concert. Rather, she was using it as an example “because after the tragedy that happened at that festival you’d think that security teams worldwide would want to make sure that nothing like that happened, especially in the same country that that took place.”

The comments section of the videos were turned off.

The Daily Dot reached out to Neneh via her business Instagram account and to SoFi stadium via email.

The post ‘It’s literally become a free-for-all’: TikToker says security had ‘given up’ at BTS concert, did not check bags or tickets appeared first on The Daily Dot.

‘Buy one drink and get 2’: TikToker maximizes Starbucks order by getting ice separately, sparking debate
‘The price suddenly seems reasonable’: TikToker shares trick for getting more product out of YSL lipstick tube
Advertisement