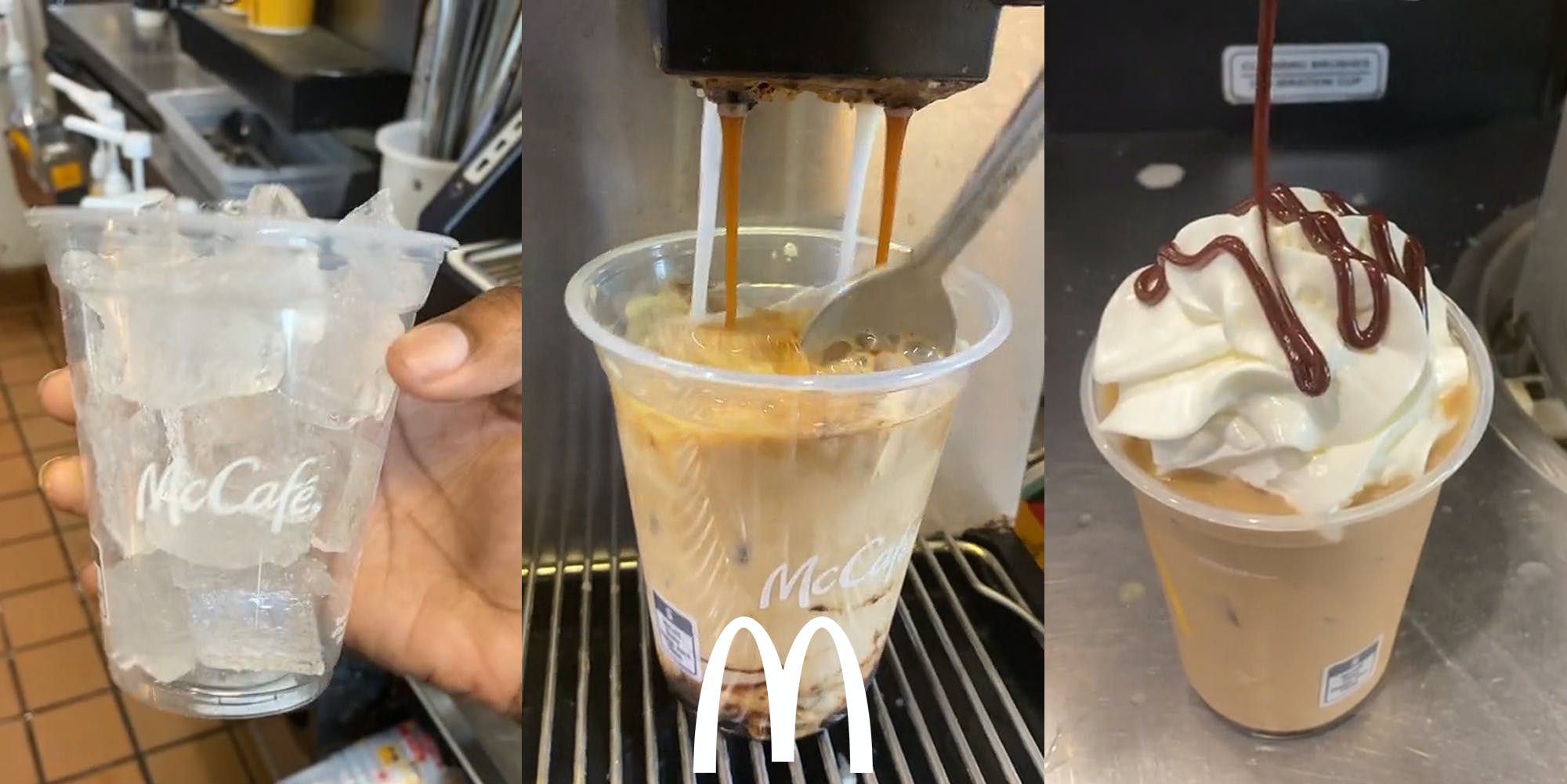 A McDonald’s worker went viral on TikTok after giving a step-by-step walkthrough on how the company makes its iced mocha.

The video was uploaded by user Yanii (@kallme.yaniii) who typically posts content about her job at McDonald’s. This time, she gives her 16,000 followers a demonstration of how the fast-food chain makes its iced mocha.

“This is how we make our iced mocha at our McDonald’s,” Yanii says, starting off the video by revealing a small, transparent cup full of ice.

First, she says to put “three pumps of mocha in a small cup.” Then the camera shifts to the same cup underneath a coffee machine where the creator says to push “iced drinks” then “small iced mocha.” The machine dispenses milk into it into the cup. She stirs the contents with a spoon.

Yanii wraps the video up by putting whipped cream on top of the coffee, drizzling chocolate sauce on it, and placing the lid on it.

@kallme.yaniii This is how we make the Iced Mocha at our #mcdonalds #fyp #trending #foryou #viral #tiktok #fyoupage ♬ Aesthetic – Tollan Kim

The video racked up over 65,000 views as of Friday, where some viewers criticized the cleanliness of the machine.

“What I’m more concerned about is the crust around that coffee machine!” one viewer noted.

“The filth where the milk and coffee is coming out nasty asf,” a second said.

Others pointed out other “flaws” in the creator’s process.

“Girl u did not stir all the way,” one wrote.

“Where your gloves at,” a second asked.

Another wrote, “u put too much ice.”

According to McDonald’s website, the iced mocha recipe is, “Made with sustainably sourced espresso beans from Rainforest Alliance Certified farms, our refreshingly cool Iced Mocha Latte recipe is made with whole milk, chocolate syrup, and finished with whipped light cream and chocolate drizzle.”

The Daily Dot reached out to Yanii for comment via TikTok comment and McDonald’s via press email.

The post ‘It’s not even hand crafted’: McDonald’s worker shows how iced mocha latte drink is made appeared first on The Daily Dot.

‘Don’t ask how I learned about this’: Woman claims Facebook Marketplace is ‘overrun with scammers,’ warns against using it to sell items
Top 10 customer hacks making workers’ lives miserable
Advertisement