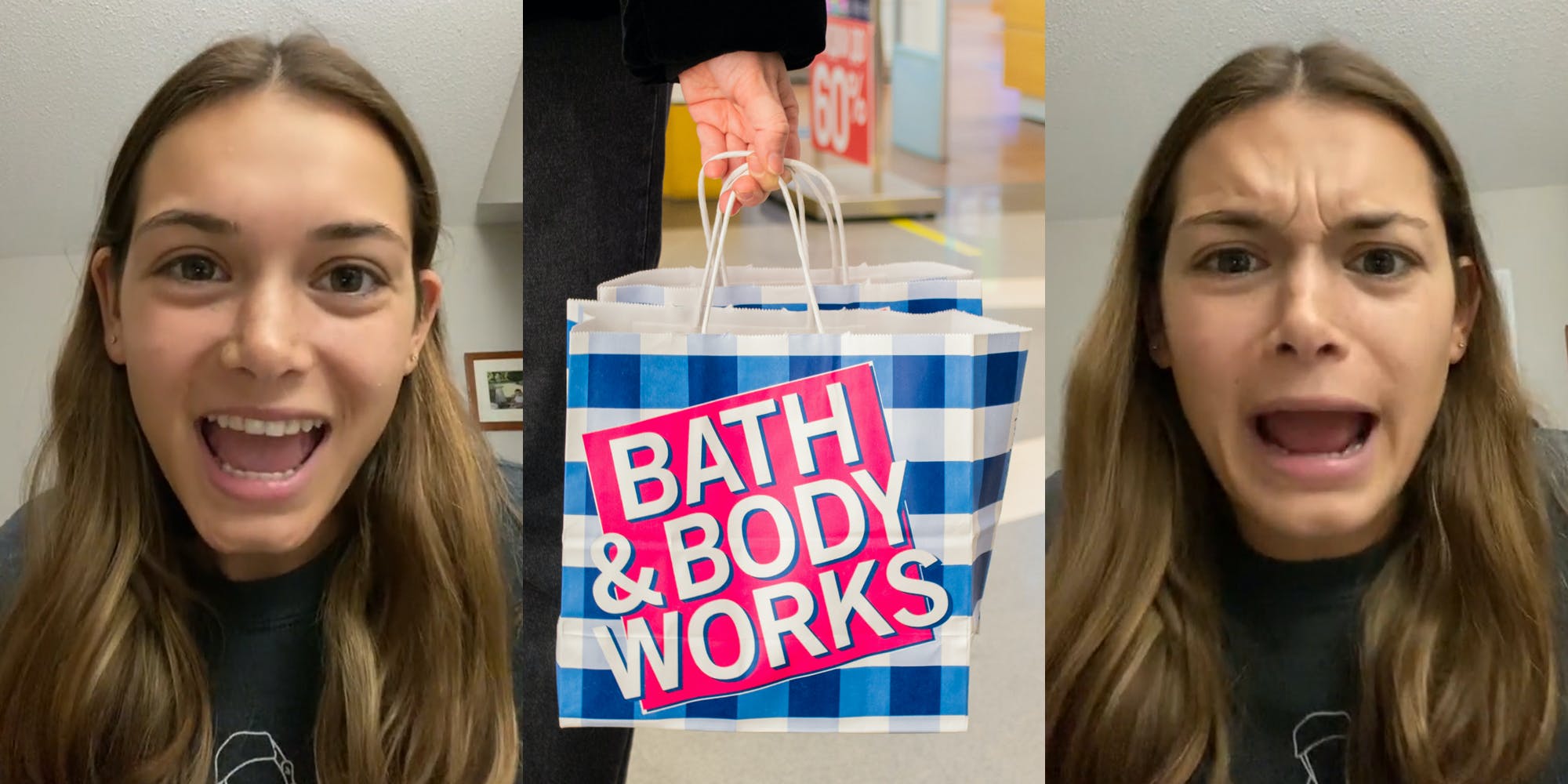 A popular TikToker and former Bath & Body Works employee says she refuses to give her email to cashiers when she shops at the chain.

The TikToker (@croissantwoman), who boasts a following of 1.8 million, says in a video posted Monday that she likes to “mess with” Bath & Body Works cashiers by denying them her email address when checking out. She explains that the cashiers are required to ask customers for their email addresses and keep a daily tab of how many customers’ emails they successfully get.

At the end of their shifts, Bath & Body Works cashiers tally the percentage of how many emails they got from the customers they serviced, the TikToker says. If the percentage is below 80, employees have to “work on it” to presumably achieve a higher percentage. The TikToker seems annoyed with the policy, as she questions how employees are expected to “work on it” if customers don’t want to give out their emails.

“I like to go, and like, I know they want my email so bad — and I’ll always say no,” she says in the video.

Employees try to convince her to give them her email by highlighting the discounts and offers that she’ll get, but the TikToker says she never lets them convince her.

As of Tuesday, the video garnered nearly 370,000 views on TikTok. Multiple viewers commented on the TikToker’s pronunciation of “percentage” — she said it like “person-tige” — but others had serious thoughts on her refusal to hand out her email.

“I worked there too but now I always give my email bc I remember how stressed out it would make me it’s not their fault & they don’t like doing it,” one viewer commented.

“Plot twist: you know how much it means to get the email address, so you give it to them and make their day a little better,” a second commented.

Others sided with the TikToker, saying they hate giving out their email to anyone.

“Now want to go there and buy something just so I can say no. Lol,” one user wrote.

“I hate giving my email out to any of those people,” a second shared.

“They send 12 emails a day,” another commented, seemingly in support of withholding email addresses from cashiers.

The Daily Dot reached out to @croissantwoman via TikTok comment and to Bath & Body Works via email.

The post ‘It’s not the cashier’s fault that they are forced to ask for emails’: Former Bath & Body Works employee says she never gives them her email as a customer appeared first on The Daily Dot.

‘Y’all gotta stop paying full price at Target!!’: Woman shares money-saving hack after Target shopper spends $115 on a few items, complains about inflation
‘Come get it next time’: Domino’s delivery driver asks customer for a tip before handing them the pizza
Advertisement