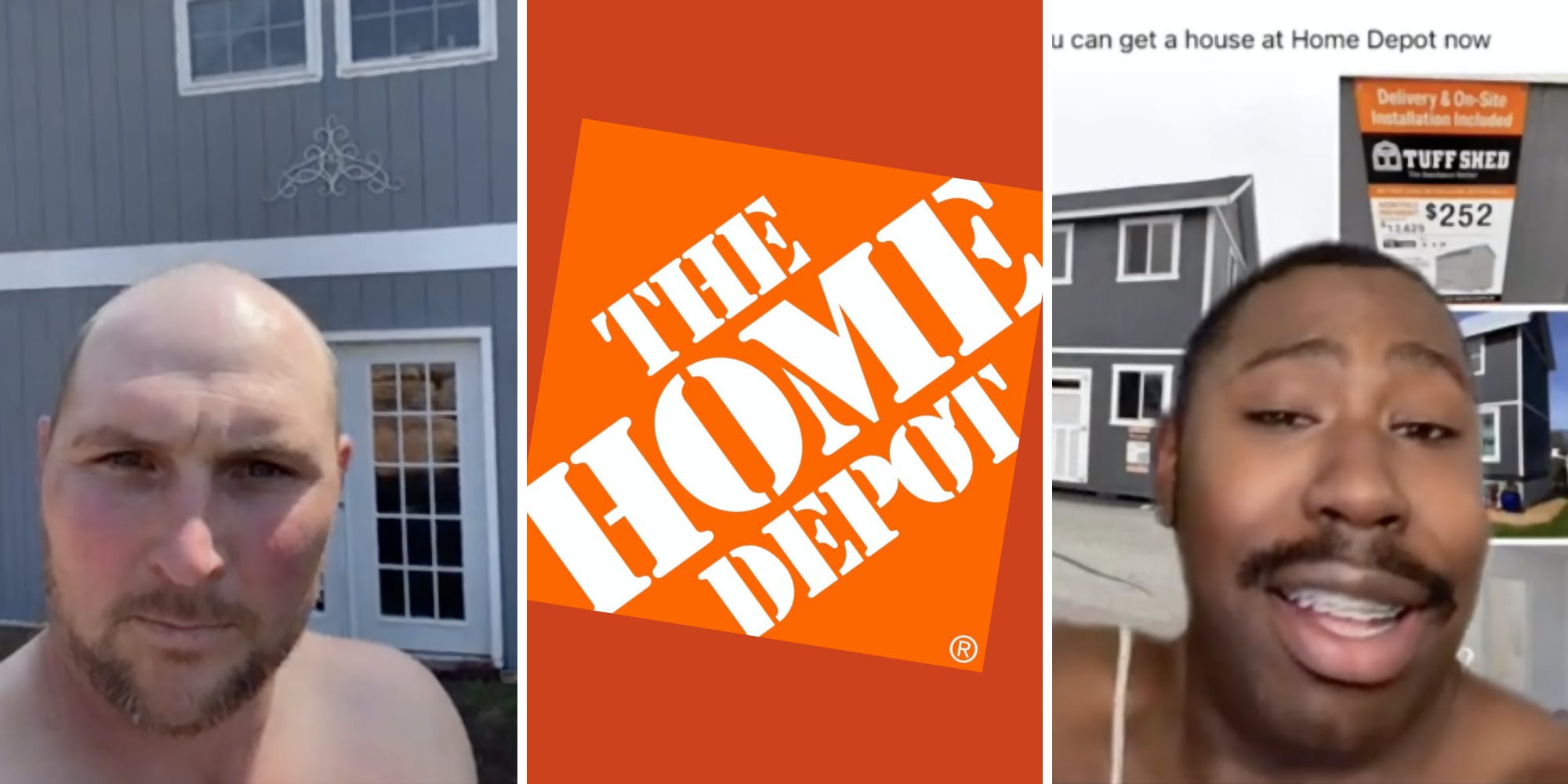 Home Depot’s offering of Tuff Sheds and tiny homes has millennials and Gen Z wondering if this is all they’ll be able to afford to live in someday.

In a string of viral videos, TikToker Robert Langford (@langfordtreecare) and his fiancée Andrea Jones (@andreajones83) share the house they purchased from Home Depot.

The first video, sitting at 9.2 million views, shows Langford in a duet with TikToker Marcel Monroe.

“Ya’ll, there’s a post going around saying apparently you can get a house from Home Depot now,” Monroe said in the original video. “You can’t beat these prices at all. Inflation is on the rise. We about to go on a recession.”

In the comments section, TikTok users grapple with the idea of buying a house at a store to bypass other, larger fees that come with building a house.

“As good as this sounds for some. It’s sad that millennials and Gen Z are looking to live in sheds, as an alternative. We need serious change…,” one user said.

“This is embarrassing that we have to get houses from Home Depot [because the] prices of houses are so damn high,” another commented.

“Do you not understand land… plumbing… electricity… like damn… there’s so many factors,” a third said.

Langford responded, explaining that he “just built it in [his] backyard. We did have to go thru the process of permits. That was a headache.”

He also added this disclaimer in the comments thread: “We built from the ground up. It’s insulated very well. I’ll post a video of the inside tomorrow.”

Home Depot offers an array of tiny homes ranging from $11,000 to $47,000, according to its website. They are mostly intended as backyard storages and studios and lounges.

In a second video, Langford gave a tour of his tiny home and explained that the building serves as Jones’ photo studio.

“Bro, this was a great investment. Don’t let anyone tell you otherwise,” @forage_tok said.

“This has more space than probably all the apartments and houses in NYC,” @adddiiin said.

Still, users had questions on the process of acquiring a tiny home. In a third video, Langford explained more of the logistics of owning a house from Home Depot.

He revealed he spent about $50,000 on the home that took five years to finish. Everything from the foundation to the bug issues, Langford answered most users’ questions.

The Daily Dot reached out to Langford via TikTok comment, and to Home Depot about the livability and consumer behaviors when it comes to these homes.

The post ‘It’s sad that millennials and Gen Z are looking to live in sheds’: TikToker buys tiny house from Home Depot, sparking debate appeared first on The Daily Dot.

‘Bridgerton’ announced the romance at the center of its 3rd season—and we have some questions
‘In this economy?’: TikTok shows Domino’s increased lava cake portions from 2 to 3, sparking debate
Advertisement