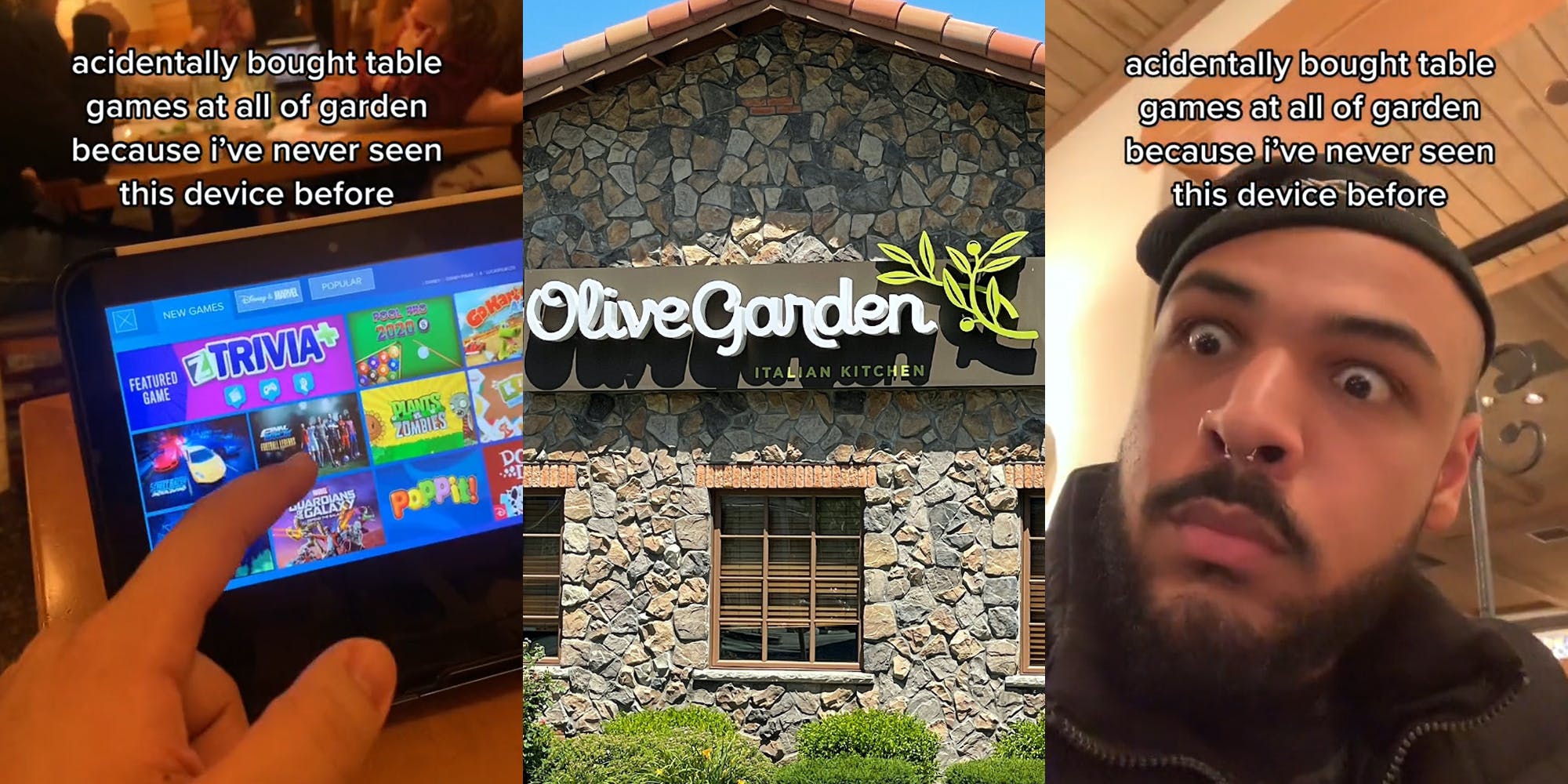 A TikToker is poking fun at their Olive Garden experience after accidentally playing games on the restaurant’s tablet device without noticing they’d be charged for it.

“Accidentally bought table games at all of garden because I’ve never seen this device before,” Latrell wrote in the text overlay, pointing fun at the restaurant’s name.

“Didn’t get a single answer right playing 2 games of trivia,” the caption reads.

In the video, Latrell shows themselves at the restaurant scrolling through the different games and clicking on their bill, where they were charged $2.99 for “Table Games.”

This is not the first time a customer has been caught off guard with tablet game purchases. Some parents who’ve dined at chain establishments like Olive Garden have experienced their children purchasing games without their knowledge, according to NBC5 Chicago.

Around 2015, Olive Garden started rolling out tablets at its restaurants that “function as a server assistant,” the Los Angeles Times reported. The touchscreen tablets allow customers to browse the restaurant’s menu, order food items, pay for their meal, and play games. Olive Garden has not responded to The Daily Dot’s request for comment.

Commenters on Latrell’s video seemed to have also experienced feeling duped after being charged for playing tablet games.

“I did this once cause I thought it was free and my parents were so confused when it came on the bill,” one commenter said.

“I did this on a date once on accident,” another commenter said. “We just ended up playing games a lot of the night so it wouldn’t be a waste lolll.”